The Most Explosive City in America: New Castle

Located 50 miles north of Pittsburgh in Lawrence County, New Castle is home to one of the densely-concentrated Italian-American populations in America. According to the New Castle News, during the years of 1890 to 1921, it is estimated that western Pennsylvania served as the new home for over 100,000 Italian immigrants in search of “pane e lavoro,” Italian for “bread and work.” These Italian immigrants established all of the trades that served as the foundation of western Pennsylvania, New Castle in particular. These trades included coal mining, rail work, masonry, and work in the tin mills. However, there were a select few immigrants who arrived with a different skill set; the pyrotechnic trade.

According to the Lawrence County Historical Society, Leopold Fazzoni moved to New Castle from Italy in 1886 to work in the local tin mills. After several years, the rising entrepreneur saved enough money to start his own business and was issued the first certificate for fireworks manufacturing in the Commonwealth of Pennsylvania. 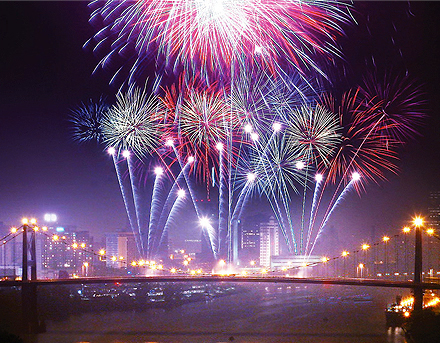 Constantino Vitale, who also worked with Fazzoni, started his own pyrotechnics company in 1889 in Pietramelara, Italy. In 1922, Vitale brought his company, Vitale Fireworks Manufacturing Co., to New Castle by way of Ellis Island. According to the Fireworks Capital of America website, the homepage of New Castle’s annual Fireworks Festival, Vitale’s company “quickly became one of America’s premiere fireworks manufacturers.” Vitale’s great-grandson, Stephen Vitale, President/CEO, changed the company’s name to Pyrotecnico in 1994.

While only two pyrotechnic firms remain in New Castle and history confirms the loss of several industries, such as steel, in western Pennsylvania, the city continues to serve as the headquarters of two thriving pyrotechnic giants, Zambelli Fireworks Internationale and Pyrotecnico. Because of this, New Castle officially became the “Fireworks Capital of America” in 2006, thanks in part to the U.S. Patent and Trademark Office. Although this claim to fame could be maintained by other American cities, the most explosive city in America has the history to support it. 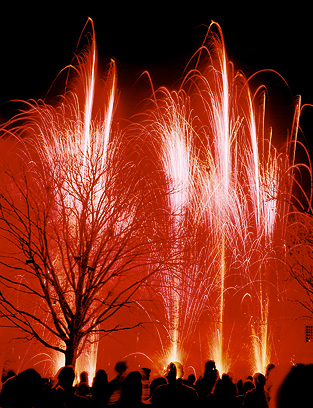 Zambelli Fireworks Internationale and Pyrotecnico survived due to their innovative thinking. For example, in a 2007 interview with CNNMoney, George Zambelli, Jr. commented, “My dad took the business to another level. He created a designer brand of fireworks, and choreographed the displays to musical scores or live music.” He added, “That’s when the business exploded, you could say.” Zambelli Fireworks Internationale did not stop there. An article written on July 4, 2009 for The Philadelphia Inquirer describes Zambelli’s shift towards a “greener” firework. The article details steps taken by Zambelli Fireworks Internationale to reduce, and eventually eliminate, the pollutant perchlorate from its fireworks. Although the company is not required to comply with specific air or water regulations, when questioned why he would take steps to eliminate the toxin, George Zambelli, Jr. stated, “Being the largest isn’t the main point. We want to be the safest, the most creative, the most innovative, and on the cutting edge.”

The 2010 New Year’s celebration in Philadelphia was an example of Pyrotecnico’s groundbreaking methods. According to The Philadelphia Inquirer, the centerpiece of the night’s exhibition was a “giant arch mounted on a barge floating on the Delaware. Sprays of pyrotechnics created a ‘rising moon effect’ and dazzling waves of color and light.” Victor Laurenza, the show producer and Pyrotecnico employee, commented, “I can’t wait for the people of Philadelphia to see it.” The arch effects were the integral reason that Pyrotecnico was awarded first price at the 2008 L’International des Feux Loto-Québec, an international fireworks competition in Montreal, Canada. A The New York Times interview with president/CEO Stephen Vitale stated, “It’s like the Olympics for us.”

These approaches to the business world exemplify the exact reasons why a city like New Castle is proud to identify itself as the “Fireworks Capital of the World.” The aforementioned family bonds and original ideas, combined with excitement and pride in their work, are four characteristics that help define the citizens of Lawrence County. 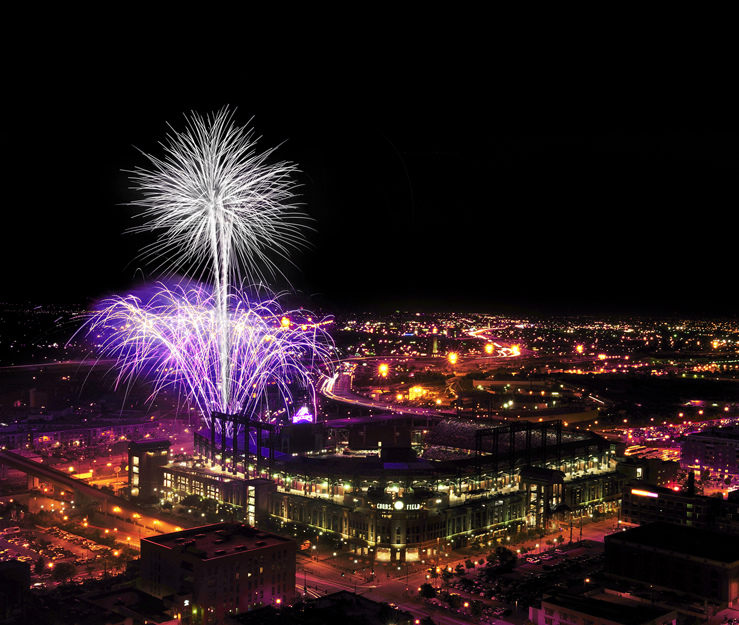 According to Memory & Artifact: F is for Fireworks, the first firework displays in New Castle were finales for religious festivals in honor of Catholic saints and biblical figures. With hundreds of the Catholic religious festivals occurring in western Pennsylvania each year, the fireworks companies of New Castle maintained a steady market. As competition increased, they began to expand from the Italian-themed religious festivals into a wider market of events. Soon, fireworks became the staple celebration for holidays such as the Fourth of July, Christmas, and New Year’s Eve. Events such as county fairs, dedication ceremonies, weddings, and sporting events employed fireworks in a celebratory manner. On any given night, there might be a fireworks display in a backyard.

In our country today, fireworks continue to provide major entertainment at local sporting events and county fairs. Firework displays are huge events in most towns and cities on the Fourth of July. Many townships in and around New Castle alternate employing Zambelli Fireworks Internationale or Pyrotecnico every year for its “Fourth of July extravaganza,” supporting both companies that continue to call the city their home. 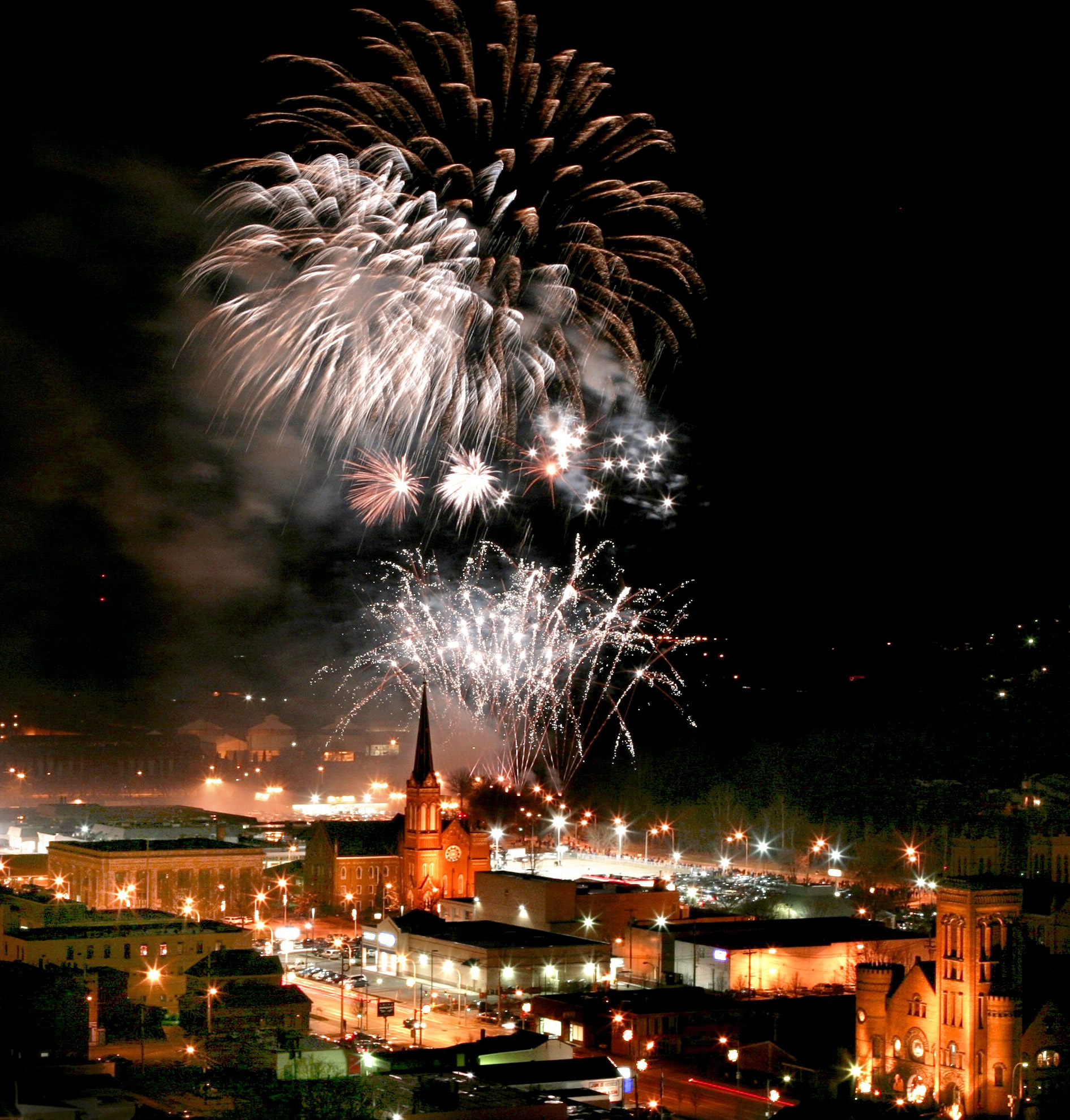 Each year, New Castle celebrates its Annual Fireworks Festival. The festival is a three- day event where citizens of the city and surrounding communities can gather for fun, food, and of course, fireworks. The pinnacle of the festival occurs on Saturday night when either Zambelli Fireworks Internationale or Pyrotecnico put on a show. Pyrotecnico took the stage in 2010 to prove to the citizens of New Castle their claim to fame.

Although proud to celebrate their hometown roots, Zambelli Fireworks Internationale and Pyrotecnico have gone on to do bigger things. According to The Washington Post, Zambelli Fireworks Internationale presented fireworks for the Kentucky Derby’s annual Thunder Over Louisville. Additionally, in 2008, they participated in the New Year’s Eve celebrations in Times Square. Not to be outdone, Pyrotecnico has provided fireworks for the Democratic National Convention and also for Super Bowl XXXVIII in Houston, Texas.

Through a combination of pride in their work, dedication to safety, and innovation, the successful family-owned businesses of Zambelli Fireworks Internationale and Pyrotecnico allow their resident city of New Castle to proudly identify itself as the “Fireworks Capital of the World.”

The Center would like to thank JoAnn McBride of the Lawrence County Tourist Promotion Agency, Sandy McStay of Zambelli Fireworks, and Lauren Tiura of Pyrotecnico for their assistance with this article.