From Motorized Bicycle to Muscle Car

By Pierre LeClair, supplemented by Christine A. Hawthorne 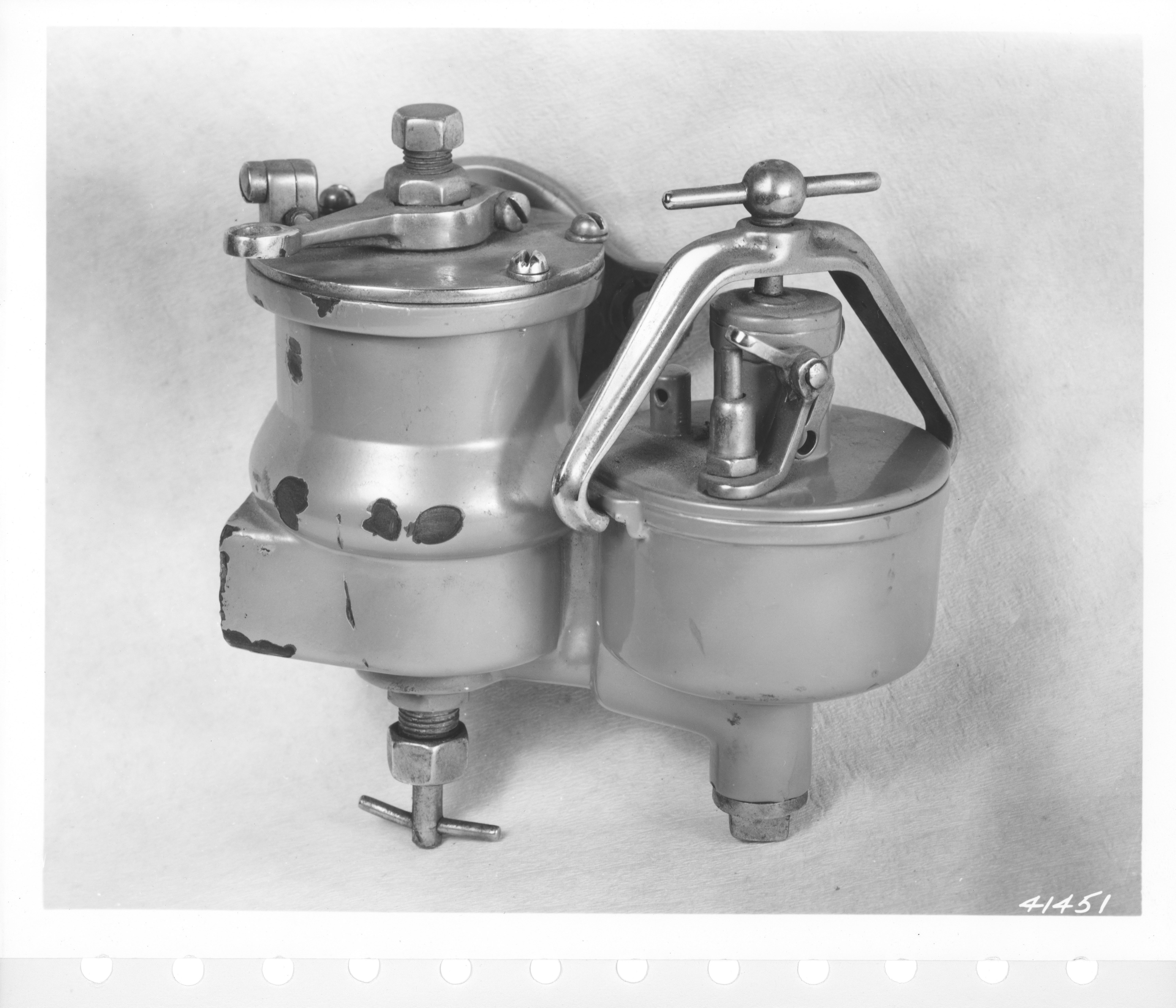 The Holley Foundation
One of Holley's early model carburetors; they would find great success over the ensuing years.

Perhaps everyone has been on a drive with their father or grandfather when the men spot an old muscle car, a Chevy Camaro or Ford Mustang perhaps, that takes them back to their youth; there is wind in their hair and miles of open road to be travelled. While the vehicles they are reminiscing about have become things of the past, muscle cars, and automobiles in general, have only gotten better with time. Now, automobiles use highly advanced systems, such as the electronic fuel injection system, which primarily uses a computer chip and control unit to manage the fuel to gas mixture in modern engines; but like most complex things, the origin of such a system lies in something far simpler; the carburetor.

To many people, a carburetor is probably just another piece to a car engine, falling into the huge list of parts that allows the vehicle to operate. But the carburetor is not just a tiny piece of metal that helps a vehicle move; it is the cardinal piece of metal that allows the engine to start; without it, people would be going nowhere fast. The basic function of a carburetor is to balance the amount of air and fuel mixture in an engine, to ensure optimal performance.

A carburetor consists of an open pipe, or “barrel,” with a “venturi” end that narrows and widens in order to increase the air flow speed, which the air passes through and into the intake manifold of the engine. The throttle valve, consisting of a rotating disc that controls the amount of air flow through the column, can be rotated based on the amount of air needed to mix with fuel at any time, ultimately regulating engine power and speed. The throttle is connected to the accelerator, or gas pedal, of the vehicle, and moves as the accelerator is compressed or released. As the air moves through the barrel of the carburetor, fuel is released at the narrowest part of the venturi, based on the pressure of the air passing through the carburetor at any given moment. Specially calibrated jets adjust the amount of fuel flow added to the air mixture in order to achieve optimal performance of the engine. 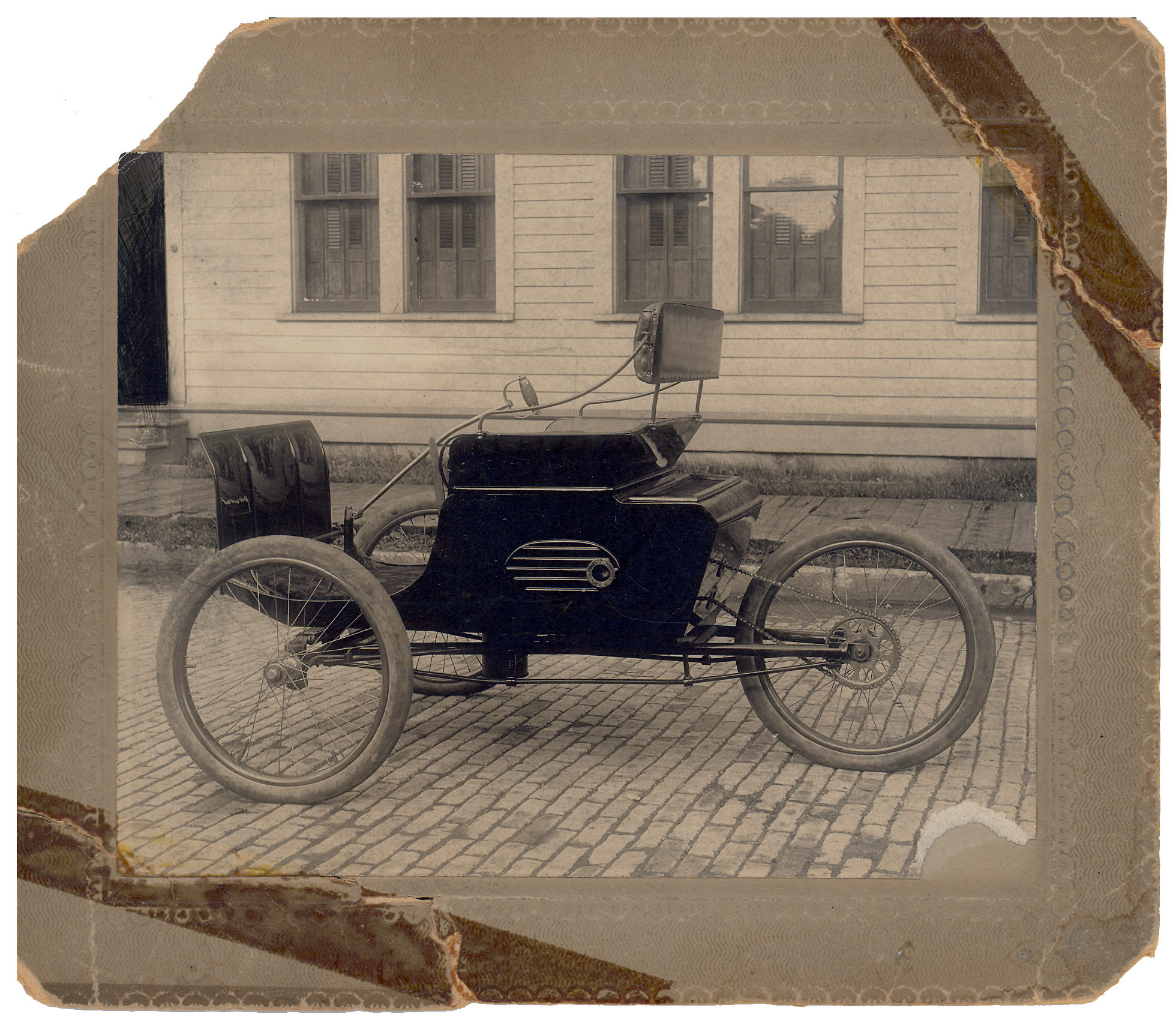 The Holley Foundation
An 1897 motor vehicle with an engine that would soon have a Holley carburetor.

Although performance carburetors today seem a bit out-dated since most cars within the last two decades have been produced with the more efficient electronic fuel injection system, it has not stopped certain companies, especially Holley Motor Company, from manufacturing original carburetor systems. Easily recognized by its distinctive bowl and classic metal constructions, the Holley Motor Company carburetor has become a symbol of excellence for the modern day performance enthusiast.

From his love of racing motorcycles in his hometown of Bradford, McKean County, George Holley created a future for himself and his brother, Earl Holley that would forever change their lives. In the beginning, the two brothers started off by building their own motorcycles to race at the local track. Eventually, in late 1897, they built their first three wheeled, single-cylinder vehicle, using the plans that George Holley had drawn up himself. Two years later, the Holley Motor Company, now called Holley Performance Products, Inc., was formed.

In 1901, George and Earl Holley visited Paris, France, where they came across the French Longuemare Carburator. Fascinated by the design, the brothers immediately purchased the license to produce and sell the product in the United States. With the new piece of equipment, the Holley brothers returned home and built the first motorcycle containing a carburetor. The two industrialists were soon approached by Henry Ford of Ford Motors and asked to design and produce a carburetor for his Model T automobile. Impressed by their work, the Holley carburetor became standard for all Ford cars. The corporate mogul even encouraged George and Earl Holley to enter the carburetor business, and in 1903, they did just that.

Because of their success, the Holley brothers’ production did not end with Ford Motors. The two men began concentrating on designing and building carburetors and ignition-system components for other car makers such as Pierce-Arrow, Winston, and Buick. The fortune that succeeded the debut of their first carburetor, the “iron pot,” prompted George and Earl Holley to move their headquarters from Bradford to Detroit, Michigan; opening their first plant in 1907. That year held importance for another reason; it was the same year that a car equipped with a Holley Carburetor won a twenty-four hour road race without a hiccup; the Holley name became synonymous with success. 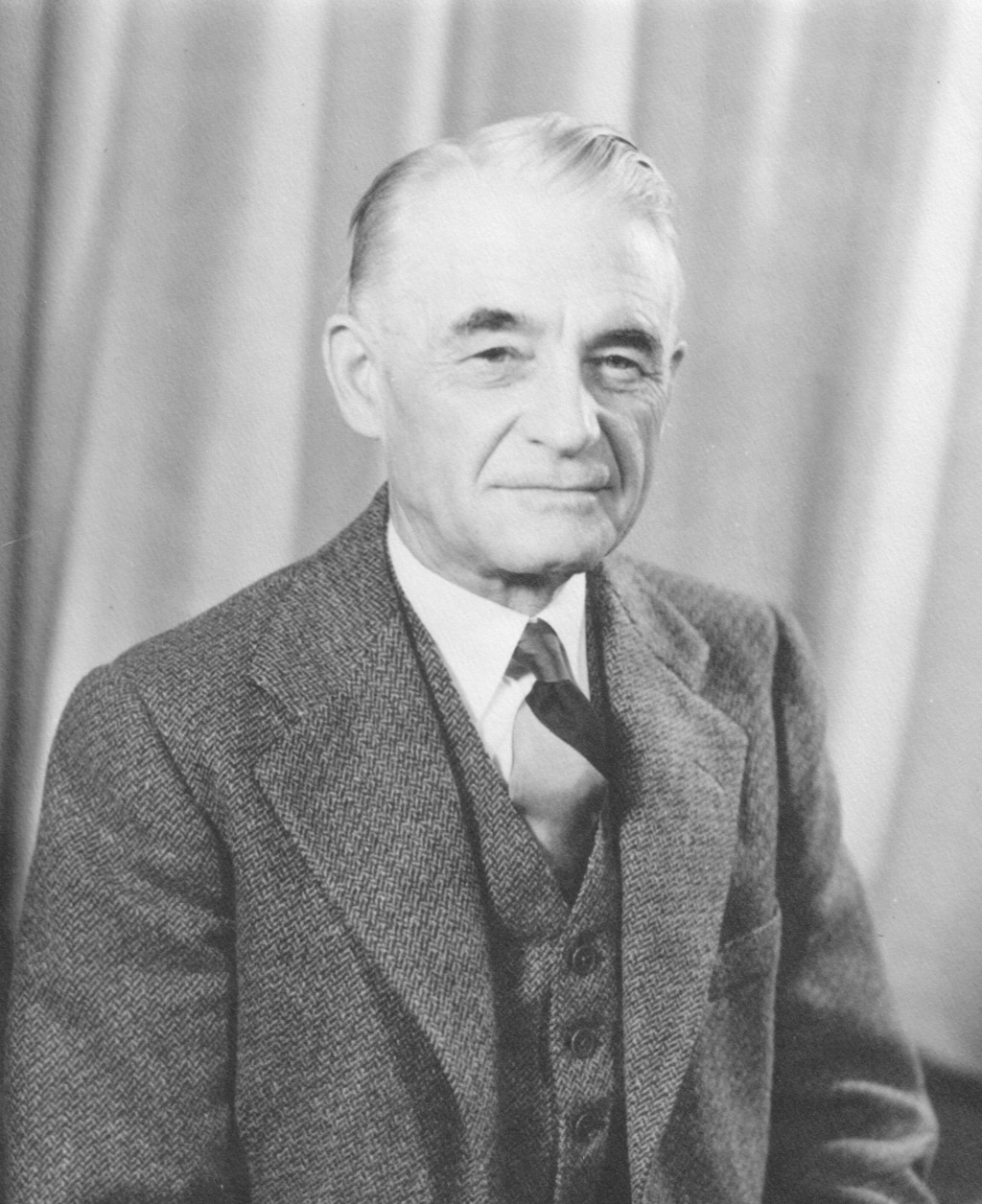 Following the move to Detroit, the Holley brothers began creating kerosene carburetors and began supplying the carburetors to Chevrolet, Ford, and International Harvester. With World War I on the horizon, the Holley Motor Company began supporting the war effort, shipping carburetors, ignition equipment, and brass heads for 75mm shells across the country and abroad. Following the war, Holley went on to revolutionize carburetor manufacturing in 1920, when they developed the process of permanent mold castings.

The company even went on to develop carburetors for air planes, which were used in various planes around the world. During World War II, many planes, including the B-25s of Lt. Col. Jimmy Doolittle’s air raid on Tokyo, used the Holley Carburetor, along with various ignition devices, distributor caps, circuit breakers, and fuel-metering devices. Of all the carburetors and carburetion devices used in World War II, more than half bore the Holley Trademark.

Holley Performance Products, Inc. was the first American company dedicated to designing performance carburetors. The company changed the way people viewed internal fuel combustion to create power for vehicles, heavy machinery, and even lawn mowers. It has had a tremendous effect on automotive performance and racing industries. Currently, over one hundred years since the creation of the first Holley Carburetor, people can walk into automotive stores almost anywhere and find a Holley Carburetor being sold.

While much of the profit from the Holleys’ company went back into the firm, a good portion of it was devoted to philanthropy. In 1944, George M. Holley created the Holley Foundation and imbued it with a mission in the field of education. As the Foundation website states: he was interested in “helping young men and women who are ‘up against it’ to obtain an education.” To that end, the Holley Foundation distributes money to various organizations and programs in the southeast Michigan area (the long-time home of the company) to help disadvantaged youth.

Automobile enthusiasts have a taste for fast cars, and for many of them, cars are seen as steadily progressing works of art. Because of this it is safe to say that without the legendary Holley carburetor, which increased the speed and overall efficiency of the first vehicles, automobiles would not be as advanced and as popular as they have become today.

The Center would like to thank the Holley Foundation for its assistance in illustrating this article.