The Pennsylvania Derby: The Kentucky Derby of the North

"And they’re off!” Three simple words that trigger the immediate image of a horse race. But which horse race? The Kentucky Derby, complete with an array of spectators in formal attire and extravagant, colorful hats? Or perhaps something more understated that has thoroughbred star power and the potential to have a profound effect on the future of the horse racing world. Such a race exists: the Pennsylvania Derby, held at Parx Racing & Casino. Not only has this race and track produced some of the most well-known Kentucky Derby winners, but it has also had the power to change the laws of Pennsylvania. 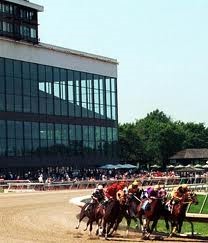 Parx Racing & Casino is located in Bensalem, Bucks County, just twenty minutes northeast of Philadelphia. It has a rich history of ownership and has seen many top performing thoroughbred racehorses come through its gates. The racetrack changed hands and was renamed multiple times since its inception in November 1974. When the racetrack first opened, as Keystone Racetrack, it soon became the area’s premier thoroughbred racetrack. From there International Thoroughbred Breeders (ITB) purchased the track in 1984, changing the name to Philadelphia Park. Under ITB management the racetrack saw many improvements such as, a new turf course, the addition of a cutting edge betting system, and a television show for promotional purposes. Then in 1990, Greenwood Racing, Inc. took control of the racetrack allowing “club” membership, enhancing customer loyalty and satisfaction.

Other notable facts are that many famous thoroughbred race horses have spent time in the oval, including Shuvee, My Juliet, Spectacular Bid, Revidere, Summer Squall, and Broad Bush, but most identifiable, the 2004 Kentucky Derby and Preakness winner, Smarty Jones. After Smarty Jones’ successes at this track, as well as others, Parx Racing & Casino created a number of commemorative events in his honor as he had been born and raised a short distance from the track. The track gained overnight attention from Smarty Jones’ fame and was partially responsible for the passage of the bill allowing for casinos in Pennsylvania. In 2006, the racetrack expanded its business and was able to open a casino.

At Parx Racing & Casino, there is a nonstop schedule of horse racing and casino-related events. When big races are not the focus of a particular weekend, horse races with local and beginner names are held from Friday through Tuesday. The weekends kick off with twilight races held on Friday evenings with the excitement continuing on Saturday with the first post at 12:25 p.m. For racing to continue into the work week, fans can take advantage of the free phone betting systems, which allow bets to be placed without having to physically be at the racetrack.

According to Keith Jones, Parx Racing & Casino Director of Public Relations, the busiest time of year is in the fall with the Cotillion Stakes and the Pennsylvania Derby. In September 2010, the season also featured a celebration in honor of 2004 Kentucky Derby winner, Smarty Jones. The racetrack hosts events and betting for other well-known horse races, including the Triple Crown races.

The racetrack’s most famous race is the annual Pennsylvania Derby. It is Pennsylvania’s biggest race and offers a purse of $1 million. The one-and-one-eighth-mile race has been won by twenty-eight colts and three geldings, along with one father/son pair. Over its thirty-one year history, one Pennsylvania-born thoroughbred has won the race while the majority of winners have come from the states of Kentucky and Maryland.

The Derby began on Memorial Day in 1979 and was eventually moved to Labor Day weekend in September. However, in 2010, the derby was moved back to September 25, 2010, to accommodate the Labor Day celebration of Smarty Jones.

The September 2010 race was scheduled to be a field of seven three-year-old thoroughbreds, Severe Weather, Afleet Again, A Little Warmer, Exhi, First Dude, Trickmeister, and Morning Line. Trickmeister, however, was not entered due to poor performance in a workout during the week prior. The competition then narrowed to six with First Dude as the favored horse, after coming in second at the Preakness and third at the Belmont Stakes in the months prior. 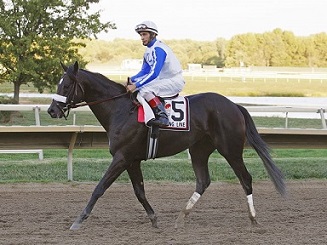 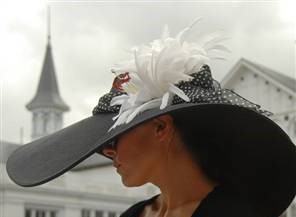 ©NBC Sports
Traditional style of hat worn by women in attendance at the Kentucky Derby.

This horse racing excitement may seem as though it would not be found minutes from the hustle and bustle of a major city like Philadelphia, but more likely to be found amongst racetracks and horse farms of the south as with the Kentucky Derby. The Kentucky Derby is typically thought of as an extravagant event for the wealthy to show off their thoroughbreds and designer wardrobe. Although the Pennsylvania Derby may not include iconic hats, it rivals the Kentucky Derby in its showcase of the latest and greatest up-and-coming stars of the horse racing world. Many times, in an effort to gain practice and competition, young thoroughbreds start out in races like the Pennsylvania Derby held at Parx Racing, e.g. Smarty Jones.

Smarty Jones was sired by Elusive Quality and born on February 28, 2001. He is owned by Roy Chapman and spends his time on Someday Farm in West Chester, Pennsylvania. Smarty Jones made his debut on the racing circuit at what was then known as Philadelphia Park. Racing came naturally to Smarty Jones and in 2003 he raced in the Pennsylvania Derby. Although he did not come in first place, he did make his mark. Pennsylvania became proud of its native-born racehorse and saw a lot of promise and potential in this young thoroughbred. The fans were correct; Smarty Jones then went on to race in the Kentucky Derby where he persevered through a muddy track to win the 130th race. 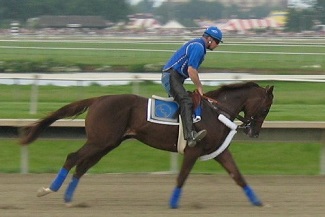 ©Wikipedia
Smarty Jones working out at Philadelphia Park in May of 2004.

From there Parx Racing gained overnight attention from their hometown hero’s fame. The interest was well-deserved and did not go unnoticed. According to Joe Jones, writer for the Bucks County Courier Times, Parx Racing held a Smarty Jones Day, which consisted of special promotions to the first lucky fans entering the track. The Labor Day weekend included the revealing of a casting of what will soon be a bronze statue of Smarty Jones and a race dubbed the “Smarty Jones Stakes” offering a purse of $300,000.

Not only did Smarty Jones help the future success of Parx Racing, but also indirectly influenced the legislation surrounding the legalization of casinos in Pennsylvania. Since horse racing was more stabilized in the state after Smarty Jones’ win, the Commonwealth determined that it would be advantageous to reap the benefits of the new found excitement and loyalty its citizens have for horse racing. The plan was to approve and sign a bill into law allowing casinos in race tracks. In July 2004, Governor Ed Rendell signed the bill into law and the casinos became a feature at race tracks.

Shortly thereafter, the racetrack expanded its business and was able to open a casino. Then in 2009, a standalone casino was developed on the property. A year later, Parx Racing & Casino was born when the casino and racetrack were merged under one name. According to Peter Van Allen in the Philadelphia Business Journal, it is now equipped with 3,500 slot machines, 57 live table games, and 170 electronic table games for all of its fans to enjoy. 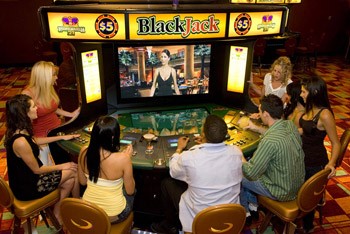 Parx Racing has gone through many transformations that have not only improved its business but also the economy of Pennsylvania. The racetrack’s dynamic atmosphere is also a breeding ground for true celebrities and stellar events. In addition, the Pennsylvania Derby’s ability to compete with the excitement and influence of the most famous horse race in the country, the Kentucky Derby, is remarkable. The PA Derby may not come complete with the traditional, elegant bonnets or mint juleps, but it does provide a glimpse into the promise of where the next talented horses will come from and may go in the future. Parx Racing & Casino continues to have unlimited potential and influence in the racetrack, casino, and government worlds, at local and national levels.