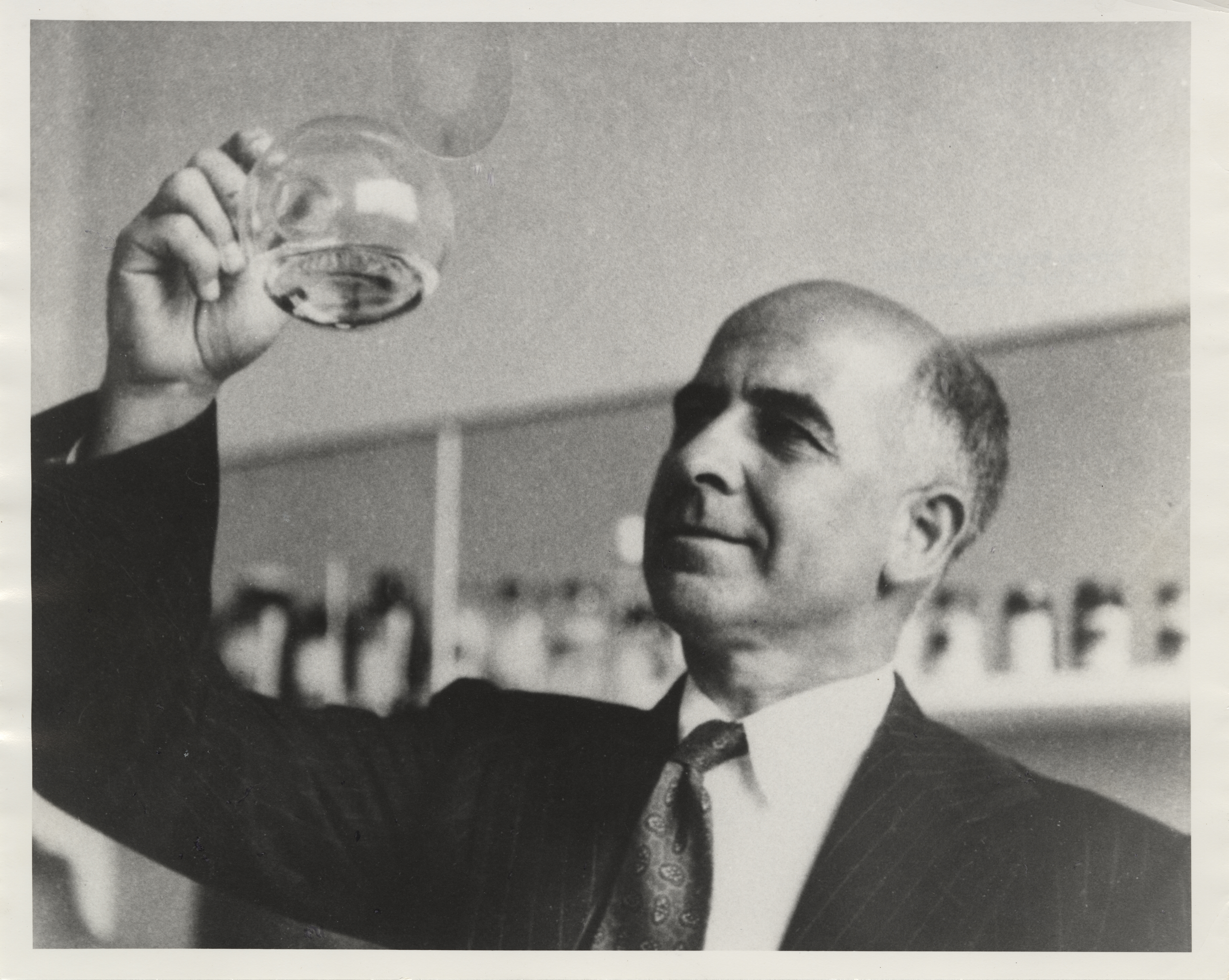 Amy is a 33 year old school teacher. All her life she has worked with kids, beginning with her first job at a day camp at age 16. For as long as she could remember, she had always dreamed of being a teacher because of her passion for working with kids. After college, she acquired her first job as an elementary school teacher, where she still works today. She soon married as her life quickly became what she had always dreamed. However, for the past three years, one major obstacle has stood in the way of fulfilling the final piece of that dream. This obstacle, which Amy describes as her “nightmare,” is infertility.

Amy isn’t alone. According to the Centers for Disease Control, 7.3 million American women between ages 15-44 suffer from infecundity (the impaired ability to have children) and 2.1 million women are infertile (the inability to get pregnant for at least 12 months). To many this is nothing more than a statistic; to women in this situation, it is the deprivation of life’s greatest gift – a child. These women are not without hope, as scientific advancements over the past century have developed a better understanding of pregnancy and the hormones affecting it, such as progesterone, known to be associated with fetal development and pregnancy. The discovery of progesterone and its causative link to pregnancy has brought about new methods to treat infertility and help woman like Amy fulfill their dream of being a mother. 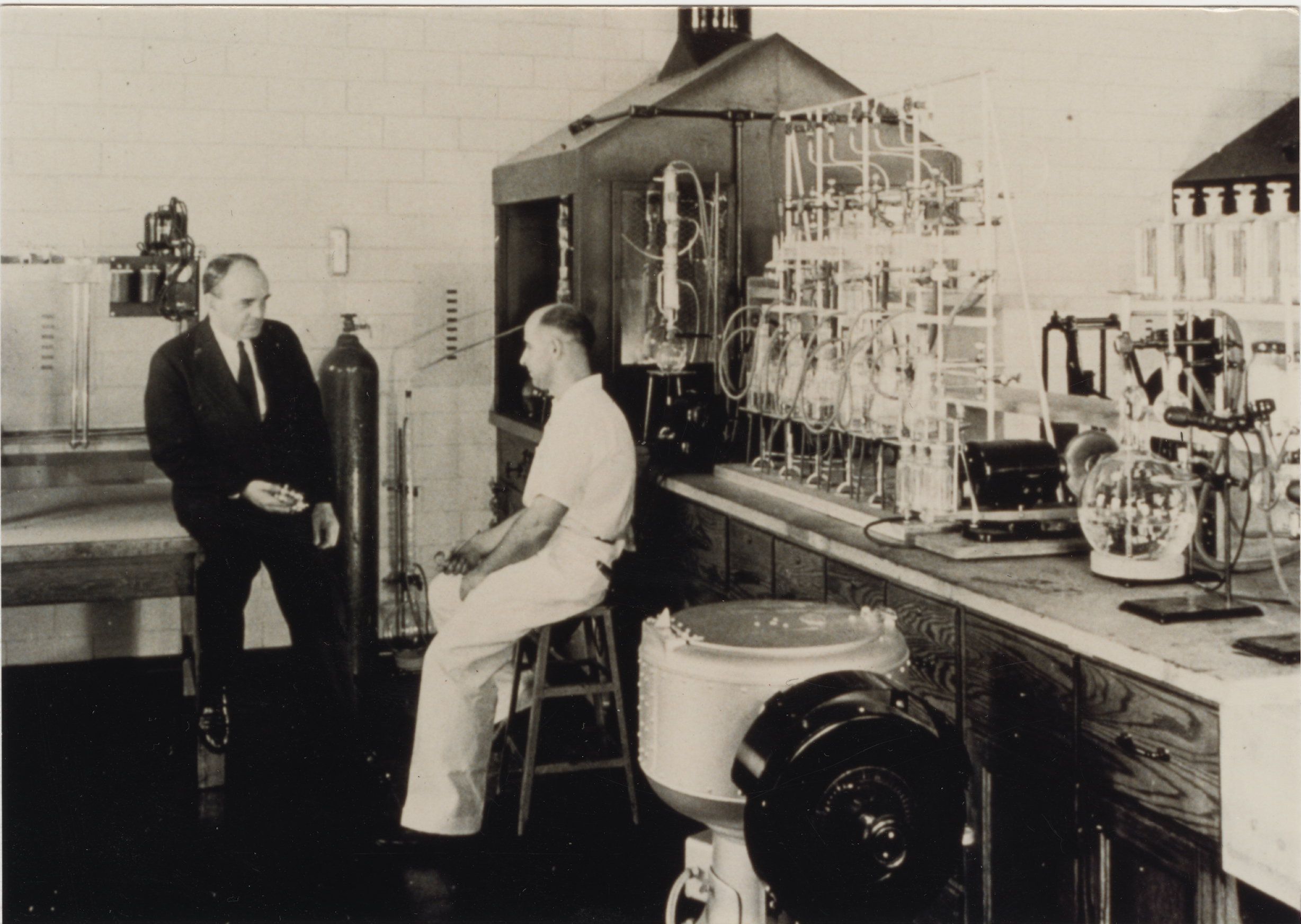 Penn State University Archives
Russell Marker spent much of the 1930s and 1940s in this Penn State lab, searching for synthetic methods for producing progesterone.

In addition to its use as a treatment for infertility, progesterone has found many other uses. Progesterone is a steroid hormone that is involved in pregnancy, menstruation, and embryogenesis. It is primarily produced in the ovaries, but during pregnancy it is also produced in the placenta in order to support fetal development. Progesterone has also been found to be an effective contraceptive when used at high doses. However, it is primarily used to support pregnancy, as it is the hormone that is most important for sustaining pregnancy and is utilized as a remedy for women who suffer from the devastating diagnosis of infertility. While the use of this hormone is a relatively simple solution to these problems, the ability to produce this and other steroid hormones synthetically for mass production proved elusive and stumped science until nearly 70 years ago, when Professor Russell Marker first chemically synthesized progesterone at Penn State University.

Russell Marker always had a strong interest in the field of organic chemistry. When he came to Penn State in 1935, he quickly shifted his focus to a particular branch of organic chemistry known as steroid chemistry, which was becoming an increasingly important field as steroid hormones were found to be the causative links to many physiological disorders. This was especially true in the case of progesterone, which had recently been discovered as the hormone responsible for pregnancy around the time of Marker’s move. With Marker’s successful research into synthetic progesterone production, a new steroid industry arose to meet the expanding need for steroid hormones for medical applications, not the least of which was progesterone for its role in pregnancy. It was Marker’s discovery during this time that would lend hope to the millions of women who suffer from infertility and other ailments associated with progesterone deficiency.

In the early 1900s, medical research into the fields of gynecology and endocrinology began focusing on the reasons behind female infertility and the direct causes of pregnancy. However, it was not until the 1930s that the research arrived at a definitive link between a specific hormone and pregnancy. Progesterone was that hormone found to be decisively linked to causing and supporting pregnancy. At the time of this discovery, few people envisioned the use of synthetic progesterone to combat female infertility, in part due to the lack of an adequate supply of the hormone. 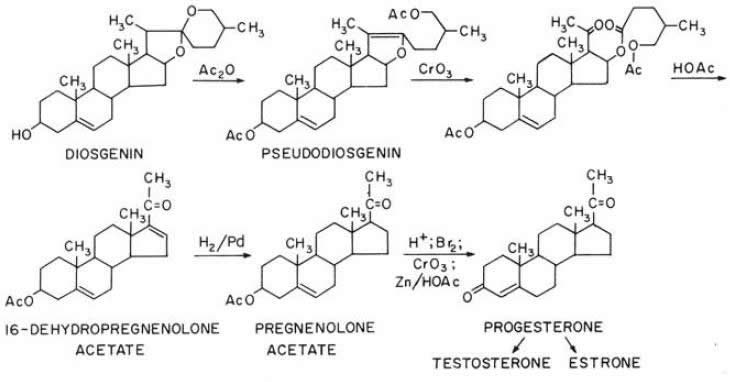 Russell Marker’s synthesis of progesterone in late 1940 was among the greatest accomplishments of the time period because of its lasting impact in medicine, steroid synthesis, and use for medical purposes, and organic chemistry. The quest for this discovery began in 1935, when Marker accepted a fellowship to research steroid chemistry at Penn State.

As the medical field began to see progesterone as a valuable tool with numerous therapeutic uses for many biological functions, the next step was to develop a method to produce it synthetically in large quantities. Initial forays included the conversion of cholesterol into progesterone, but this effort resulted in only minor quantities of progesterone production. Consequently, Marker sought to find a synthetic route that would yield much higher quantities from a source that was in large supply.

In 1936, the Parke-Davis pharmaceutical company approached Marker with a new idea for starting material: animal urine produced during pregnancy. Company researchers had this idea when they saw that many hormones related to pregnancy were found in urine during this time. Isolation of progesterone was successful. However, these attempts were futile because the starting material was in short supply compared with the growing demand for the hormone.

It was at this time that Marker made his key discovery. From his research, he found that a class of steroids found in plants called sarsasapogenins could be successfully converted into several progesterone precursors. Having discovered this method himself, he coined the name “Marker Degradation” and patented his discovery. The method involved the use of the chemical acetic anhydride and high heat followed by oxidation (addition of oxygen) with chromic acid to produce pregnenolone acetate. Progesterone was then synthesized by hydrolysis (addition of water to break a chemical bond) and finally hydrogenation (addition of hydrogen) and controlled oxidation. The success of his discovery was published in December of 1940 and marked a major step for the future of the steroid industry and medicine. 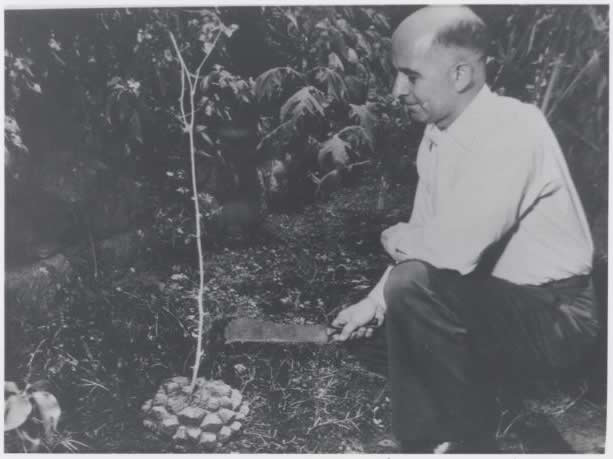 As Lehmann, Bolivar, and Quintero wrote in a biographical article on Marker in the Journal of Chemical Education, “Convinced that he had found the route with which could be obtained large quantities of the steroid hormones, Marker led his research group on an ambitious search for plants in which might be found sarsasapogenin, or other sapogenins capable of being degraded to progesterone.” His travels lead him to the discovery of the Mexican yam hormone, diosgenin. However, despite his insistence to Parke-Davis of the significance of this finding and the potential for great profits due to the vast market, Parke-Davis and Marker parted ways, as the company did not recognize the incredible utility of his discovery. Nonetheless, Marker, determined to prove the vast potential in his discovery, founded his own company in Mexico called Syntex in 1944. Although Marker soon sold his portion of the company, Marker’s achievement has left a lasting imprint on both the Mexican steroid industry and medicine as the process of Marker Degradation is still utilized today as the primary means for synthesizing progesterone.

As a direct result of Russell Marker’s discovery, millions of women all over the world who suffer from infertility have hope. With the Marker Degradation process for the synthetic production of progesterone, the problem of barrenness can be relieved. Since his discovery, progesterone has also found a wide range of other therapeutic uses, furthering the lasting impact of Marker’s achievement.

The utility in Marker’s discovery lies in the many biological activities in which progesterone is involved. It was Marker’s objective to synthesize progesterone from the Mexican yam hormone diosgenin in order to provide the means for the chemical synthesis of other steroids. However, his success in achieving this objective revolutionized modern methods to combat hormone-related diseases and lead to a new industry aimed at synthesizing steroids for medical uses. In addition, Marker realized his novel discovery had a responsibility to help people, and he intended to ensure that it did. As he said in 1969, “When I retired from Chemistry in 1949, after 5 years of production and research in Mexico, I felt I had accomplished what I had set out to do. I had found sources for the production of steroidal hormones in quantity at low prices, developed the process for manufacture, and put them into production. I assisted in establishing many competitive companies in order to insure a fair price to the public and without patent protection or royalties from the producers.”

In December 1940, Russell Marker published a paper on the chemical synthesis of the steroid hormone progesterone from Mexican yams. This discovery has had far-reaching consequences for both medicine and the synthetic steroid industry. Synthetic progesterone has had a dramatic impact in life of Amy and the millions of women just like her worldwide who, without his discovery, would have little hope of having children. This fact alone stands as tribute to what Marker accomplished. However, Marker’s discovery reached much further as it also helped paved the way for the chemical synthesis of other steroid hormones and jump-started the Mexican steroid industry. Russell Marker’s successful synthesis of progesterone was among the greatest accomplishments in organic chemistry of the time and its legacy in medicine and the steroid industry is long lasting into today. Yet, its most important impact is on the lives of those previously infertile women who can now rejoice in life’s greatest blessing, their own children.