In the spring of 2001, Pittsburgh opened PNC Park, a beautiful baseball stadium overlooking the Roberto Clemente Bridge and the city skyline across the Allegheny River. The new home of the Pittsburgh Pirates garnered much praise for its field, amenities and architecture from such publications as ESPN, which named it the best park in the sport. The designers purposefully saluted the spirit of great classic ballparks such as Chicago's Wrigley Field and Boston's Fenway Park. Perhaps the greatest influence of all was the Pirates' old home for 61 years, Forbes Field, widely considered one of the gems of its era. 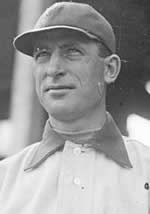 Pirates manager Fred Clarke echoed that opinion on Forbes Field's inaugural opening day on June 30, 1909, telling the Pittsburg Press that the city could "boast of the world's finest baseball park. It is a marvel of which people in other cities can have no adequate conception until they come here and see it."

The atmosphere on that sunny opening day was electric as 35,000 spectators attended, filling the stands beyond their original capacity of 25,000. Although Forbes Field was the largest stadium in the world at the time, extra seats still had to be placed on the field for the dedication ceremony and the game against the Chicago Cubs. The stadium filled long before the 2:30 p.m. beginning of the ceremonies. Even before the gates opened at noon, fans had been in line for hours. The Pittsburg Press reported, "Enthusiasm was at a high pitch, and everybody was in good humor."

At 1:30, two bands entertained the crowds with patriotic songs as the fans cheered themselves hoarse. An hour later at the official opening of the dedication, the two bands marched from either end of the grandstand toward home plate, joined en route by the Pirates and Cubs players at their respective team benches. The processions combined at home plate and then turned toward center field. There the teams separated, the players facing one another with caps in hand. Guests of honor, including the president of the National League and the presidents of both clubs, marched through the lines of players to the flagpole in center field, where the raised the United States flag and a flag emblazoned with "Forbes Field." 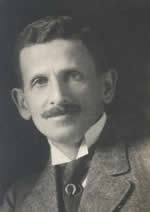 The bands continued playing until game time at 3:30. Mayor William A. Magee threw the ceremonial first "pitch" from his seat to John M. Morin, the public safety director, who walked to the mound and hurled the ball to Pirates catcher George Gibson. The Pittsburg Press declared the few minutes after the umpire started the game as "simply indescribable," the thousands of fans sending cheer after cheer above the diamond. And although the Pirates lost a pitchers' duel 3-2, club president Barney Dreyfuss called it the happiest day of his life.

Dreyfuss had conceived of the new ballpark as an escape from the flooding at the Pirates' former home at Exposition Park. The park was located along the north bank in an area that was then a separate municipality called Allegheny City. The overflowing river would regularly spill into the outfield and disrupt games. For a few years, the Pirates played instead at Recreation Park a few blocks away, near present-day West Park. In 1890 they moved back to an upgraded Exposition Park, where the team started to enjoy some success after signing all-time great Honus Wagner. Exposition Park even co-hosted the inaugural World Series, although the Boston Pilgrims eventually prevailed.

Exposition Park was improved from its worst days of flooding, but Dreyfuss was still fed up with its modest size and other problems. Reporter Fred Lieb quoted Dreyfuss saying:"I had decided we had to get out of Exposition Park in Allegheny. The game was growing up, and patrons no longer were willing to put up with nineteenth-century conditions." He settled on a new site east of the current Pittsburgh boundaries, buying the land from his good friend Andrew Carnegie, the steel magnate. People initially laughed at Dreyfuss' selection of a property that could boast of little but cows and a ravine. However, he had a strong hunch that the city would expand eastward, and the hunch paid off. In subsequent years, Forbes Field became the heart of the cultural, education and residential center now known as Oakland and Schenley Park. It would eventually be flanked by the University of Pittsburgh's Cathedral of Learning and the Carnegie Museum. 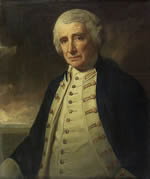 The stadium, which was named after John Forbes, the British general who captured Fort Duquesne during the French and Indian War and renamed it Fort Pitt in 1758, was huge and innovative. It featured massive steel and concrete grandstands that reached two decks along the outfield fences and three decks behind home plate. The triple-decker grandstands, dubbed the Crow's Nest after its addition in 1938, included the major leagues' first elevator. The 1938 reconstruction also raised the seating capacity from 25,000 to 35,000 and partly replaced the wooden outfield walls with ivy-covered brick.

The architectural flourishes, however, only tell part of the storied history. Despite the team's years of mediocrity, the Pirates used to win often and win big at Forbes Field. In 1909, the first year that the ballpark was open, the club recorded 110 wins, then the second-best total in National League history. The Pirates stormed past all the other teams within the first month of the season and never lost the lead after May 5. The Pirates battled in a long, dramatic race for the pennant with the Cubs, who finished with 104 wins. That team, arguably the best in franchise history, went on to defeat the Detroit Tigers in seven games in the World Series.

The Pittsburgh Pirates went on to win four more World Series titles, including two while they called Forbes Field home, in 1925 and 1960. Since 1979, however, they have neither won a World Series nor a league pennant. Through the championship years and the lean years at the Oakland field, fans were able to witness moments of baseball and city history. Despite the park's reputation for being notoriously ill-suited for home runs, Babe Ruth hit the final three homers of his career there on May 25, 1935. The last shot was the first the clear the right-field roof, which had been erected 10 years earlier. The ball reportedly came to rest on a Boquet Street rowhouse that still stands today. 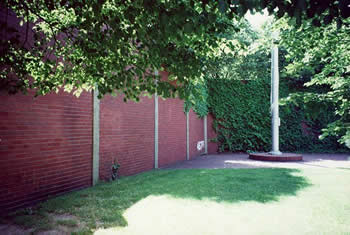 Unfortunately, little besides memories remains of Forbes Field. It was torn down on June 28, 1971, exactly one year after it hosted its last game. The Pittsburgh Pirates moved to Three Rivers Stadium, where they played until the opening of PNC Park. The last physical vestiges include part of the brick outfield wall, the base of the center-field flagpole and home plate, which is encased in glass at the University of Pittsburgh's Posvar Hall, formerly known as the Forbes Quadrangle. Where baseball's giants once stood in pursuit of athletic glory, students now thread in pursuit of knowledge. It is fitting that so many threads of Pittsburgh sports, education, culture and even the city's founding intersect at this locus for all to see.