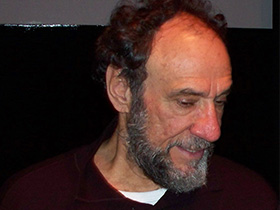 An alumnus of Carnegie Mellon's drama program, F. Murray Abraham won an Oscar in 1984 for Amadeus.

Born in Pittsburgh, Pennsylvania, in 1939, F. Murray Abraham has had an extensive career in the performance industry. With nearly 60 film and 90 play appearances in his repertoire, Abraham received his first performance at the age of 25 and had his big break in the movie Amadeus (1984), for which he earned Best Actor Academy and Golden Globe Awards among many. He has starred in movies such as Scarface (1983), The Name of the Rose (1986), and Dillinger and Capone (1995), and has performed plays by William Shakespeare and Christopher Marlowe in England (2007). Recently, Abraham has played roles in the TV series The Good Wife (2014), Louie (2014), and Homeland (2015), and in movies, including The Grand Budapest Hotel (2014) and A Little Game (2014). He is currently filming the TV movie comedy, Taxi 22 (2015).

Fahrid Murray Abraham was born on October 24, 1939, in Pittsburgh, Pennsylvania, to Josephine and Fahrid Abraham. His father was an auto mechanic who emigrated from Syria during the 1920s famine and his mother was of Italian American descent. Although born in Pittsburgh, Abraham was raised in El Paso, Texas, near the Mexican border. At the tender age of 16, Abraham was involved with one of the local gangs where he stole cars, got into fights with rival gangs, and was in and out of school. Luckily, shortly after he joined a gang, a speech and drama teacher noticed his talent for telling jokes and stories and gave him a Marc Antony speech to recite; he delivered it well, and this milestone changed his life. He stopped going out with his friends, started to read more, and, with the help of his teacher, entered an acting contest that won him a scholarship to attend the University of Texas at Austin.

Before graduating college Abraham moved to Venice, California, in the hopes of making a big name for himself.Unfortunately, the best job he could find at the time was working exclusively backstage. In 1962, he married the love of his life, Kate Hannan, whom he had two children with. Two years later, at the age of 25, he attended an audition for the lead in Ray Bradbury's The Wonderful Ice Cream Suit in Los Angeles, and received a part in the play that ran for eight months. Shortly after the play closed in 1965, Abraham and his wife moved to New York where he pursued his acting career by studying under Uta Hagen, a two-time Tony Award winner and very successful and influential acting teacher.

Abraham has appeared in nearly 60 films and 90 plays. He has starred in movies such as All the President's Men (1976) and The Ritz (1976) with small roles as an arresting officer and bathhouse patron, respectively. One of his first big breaks was the remake of the movie Scarface (1983), in which he played athe drug lord alongside Al Pacino.

The height of Abraham's career came in 1984 when he played Antonio Salieri, an Italian composer and conductor, in the movie Amadeus for which he learned to play the piano, read music, and conduct a symphony.The story of Wolfgang Amadeus Mozart is told through Salieri, who was extremely jealous of Mozart's talent and claimed to have killed him. Annette Cardwell, a movie critic, said "Amadeus is one of those magical and rare films with a nearly perfect mixture of beautiful writing, glorious music, elegant cinematography, remarkable acting, dazzling art direction, and an engrossing story. It put relative no-names like F. Murray Abraham in the spotlight." The movie was not only a success for Abraham but was also the first movie in which he ever played a leading role. Roger Ebert, a movie critic for the Chicago Sun Times, said this about Abraham's performance, "'Amadeus' is a magnificent film, full and tender and funny and charming -- and, at the end, sad and angry, too, because in the character of Salieri it has given us a way to understand not only greatness, but our own lack of it." Salieri's character was ungrateful because he constantly compared himself to Mozart instead of being proud of what he accomplished as a composer. This award winning performance won Abraham Best Actor for the Academy Awards, Golden Globe Awards, Kansas City Film Critics Circle Awards, and Los Angeles Film Critics Association Awards.

Since then, Abraham has performed in The Name of the Rose (1986), Mobsters(1991), Mighty Aphrodite (1995), Star Trek: Insurrection (1998), and Finding Forrester (2000). In addition to maintaining an acting career, Abraham has also taught students all he knows in a position as a professor of theatre at Brooklyn College.

In January and February of 2007, Abraham reprised the roles of Shylock in William Shakespeare's The Merchant of Venice and of Barabas in Christopher Marlowe's The Jew of Malta at the Duke Theater in New York City. Furthermore, in the summer of 2007, Abraham acted in these same performances at the Royal Shakespeare Company's Swan Theatre in England.

In 2011, Abraham reprised the role of Shylock in Shakespeare's The Merchant of Venice again and won the Obie Award for "sustained excellence of performance." In a 2011 interview, Abraham says that he continues to see the importance of projecting the universality of Shylock's suffering. He says, "...when I play him, I try to make his suffering universal, that he is powerless against the system. There are many groups of people who have felt this injustice. It must still be that way to be black in certain parts of this country. It must be that way to be an Arab-American, since 9/11. That kind of thing. So I'm aiming for a universality."

Recently, Abraham has played roles in the TV seriesThe Good Wife (2014), Louie (2014), and Homeland (2015), and in movies, including A Little Game (2014) and The Grand Budapest Hotel (2014), for which he received a Screen Actors Guild (SAG) Award nomination for Outstanding Permance by a Cast in a Motion Picture.

F. Murray Abraham is currently filming the TV movie comedy, Taxi 22 (2015) and living in New York with his wife of over 50 years. He says he enjoys spending time with his family, especially his granddaughter.