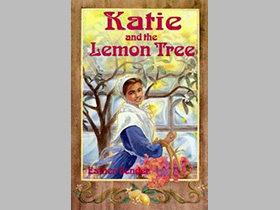 Children's author Esther Bender was born in Meyersdale in 1942.

Esther Bender was born in 1942 and diagnosed at thirty-five with Parkinson's disease. Despite her illness, she has produced a number of successful children's books. She won the Silver Angel Award for Excellence in Media in 1995 for her first book Katie and the Lemon Tree. At the time of this writing, she resides in Grantsville, Maryland.

Esther Bender was born in Meyersdale, Pennsylvania, on March 14, 1942, to Alton Miller, a farm equipment dealer and mechanic, and Rhoda (Brenneman) Miller, a restaurant owner.

Bender graduated summa cum laude from Frostburg State University with a Bachelor of Science degree in 1974. After graduating, she took a job with the Garrett County Board of Education in Oakland, Maryland, as an elementary teacher. While continuing her work as a teacher, she went back to school. In 1977 Bender was diagnosed with Parkinson's disease. She knew that at some point she would have to quit teaching and fight the disease. Completing her graduate work at the Institute of Children's Literature, she attained her Master of Arts degree in 1981 from Frostburg State. Her first marriage resulted in divorce, but on June 11, 1983, she married her second husband, O. Jason Bender, a community activist. She has five children from her marriages. She began freelance writing in 1985. In 1991, she took a job as a resource teacher for the Garrett County Board of Education.

Her and her husband purchased a computer, using it offset Bender's challenges with handwriting. In no time, she was submitting short stories. It wasn't until 1993 that her first book, Katie and the Lemon Tree (1994), was accepted. This book won her the Silver Angel Award for Excellence in Media in 1995. That same year, her book April Bluebird (1995) was named in the C. S. Lewis List of 50 Best Picture Books with Christian Values, according to Scholastic, Inc.

At the time of this writing, Esther Bender lives in Grantsville, Maryland, continues to write, and credits her success to the value of technology, encouraging others who have disabilities to realize what they can accomplish.