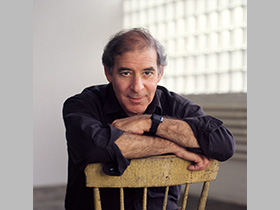 Born in New York, Alan Furst earned a Masters degree at Penn State before becoming a freelance essayist. After years in Paris, he ceased writing magazine pieces and started writing novels in a genre he practically created: the historical espionage novel. He has written a number of successful novels, including the Dashiell Hammett Prize-winning Kingdom of Shadows. Furst lives in Sag Harbor, New York.

Alan Furst was born in New York City on February 20, 1941. He attended Oberlin College, earning his bachelors degree, and later enrolled at Pennsylvania State University, where he earned his M.A. in 1967. He then received a Fulbright teaching fellowship to the Facult?? des Lettres at the Universit?? de Montpellier in France. This exposure to European culture and history would become perhaps the most important influence on his writing career. Though he returned to the United States to work in Seattle, he found himself drawn back to France, particularly Paris. In an interview with Robert Birnbaum in 2000, Furst declared that he considered Paris "the heart of civilization." While there, he wrote a column for the International Herald Tribune, as well as essays for American magazines such as Esquire, Architectural Digest, and Elle. During his time as a journalist with the International Herald Tribune and on freelance writing assignments, Furst continued to become more and more immersed in European culture, even taking a job co-writing a book about the famous "Mrs. Fields" cookies to raise the funds necessary to stay in Europe. Since then he has written a number of books with Parisian settings: Dark Star, The Polish Officer, The World at Night, and Red Gold among them, published throughout the 1990s. As he wrote these particular novels, Furst virtually created a new genre of writing: historical espionage fiction. Rather than write spy stories in the present like the famed John LeCarr??, Furst decided to work in the first half of the twentieth century, particularly in the 1930s and 1940s. He conducts a great deal of research from historical accounts of the period, though not from archival documents since he is not a historian, a fact he maintains in the 2000 interview with Robert Birnbaum. Though not a historian, Furst also strives to maintain a fidelity to historical truth. As he says to Birnbaum: "you can't meddle with something that people cared enough to die for. Too many victims." After writing novels centered on Paris, Furst moved further east with a novel about Hungary and espionage in eastern Europe. Furst's 2002 novel, Kingdom of Shadows, won great critical approval from critics and fellow writers alike. Eugen Weber of the Los Angeles Times Book Review wrote that the tale of late 1930s espionage in eastern Europe was truly "the etching of an era that's best compared to Casablanca." Janet Maslin concurred in the New York Times, writing that "Furst's writing has the seductive shimmer of an urban black-and-white Hollywood classic." The International Association of Crime Writers-North American Branch concurred, awarding its Dashiell Hammett Prize for literary excellence in the field of crime writing to Kingdom of Shadows. He even became part of a well-known advertising campaign for Absolut Vodka that year, the poster for which is currently available on his website. Since that book's appearance, he has written five more novels: Blood of Victory, Dark Voyage, The Foreign Correspondent, The Spies of Warsaw and Spies of the Balkins. Alan Furst currently lives in Sag Harbor, New York, and continues to work in the genre of historical espionage novels.