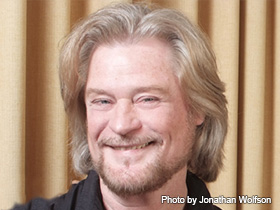 One of the biggest rock acts of the 1980s, Hall and Oates teamed up in Philadelphia.

Daryl Hall and John Oates met in 1967 and formed the pop-rock band Hall & Oates in 1972. During the late 1970s and through the 1980s, Hall & Oates dominated the billboard charts. Their huge success included six number one singles and six platinum albums between 1974 and 2004, with H20 being their most successful. Thanks to their masterful mix of soul, R&B tradition, and rock tunes, they are the most successful duo in rock history.

Daryl Hall was born on October 11, 1946, in Philadelphia, Pennsylvania, and he was raised there until he enrolled at Temple University in the late 1960s. John Oates was born on April 7, 1948, in New York, New York, and in 1967, he met Hall when they both attended Temple University. They played in small college bands together until Oates transferred schools in 1968, but they were reunited in 1969 and signed with Atlantic Records in 1972, forming the band Hall & Oates.

Hall & Oates came onto the music scene with their debut album Whole Oates in 1972, Abandoned Luncheonette in 1973, and War Babies in 1974. They established themselves in the pop-rock genre. They then moved to New York in 1974 and signed with RCA records in 1975. After releasing their album Bigger Than the Both of Us in 1976, they made their first number one hit in 1977 with "Rich Girl." Their success faded from 1977 to 1980, but they came back strong with the release of their self-produced album Voices. This album contained their second number one hit, "Kiss on My List." Their next album, Private Eyes, was released in 1981 and featured two more number one hits, "Private Eyes" and "I Can't Go for That (No Can Do)." Their most successful album, H20, was released in 1982, and it featured their biggest number one hit "Maneater" and went double-platinum.

In 1984, Hall & Oates officially surpassed the Everly Brothers as the most successful duo in rock history after they earned a total of 19 gold and platinum awards. In 1984, the release of Big Bam Boom earned them another double-platinum award with the hit number one single "Out of Touch." Hall & Oates took a break from the music scene, and Darryl Hall released a modest solo album Three Hearts in the Happy Ending in 1986.

The band reunited in 1988 with the release of Ooh Yeah!, which went to platinum status. However, this album marked the end of Hall & Oates great success on the charts. From 1990 to 1997, they did not released any major albums until their supposed comeback in 1997 with Marigold Sky, which was still only a minor success. Their true comeback came in 2003 with the release of Do It for Love and Our Kind of Soul in 2004, which climbed to numbers 2 and 3 on the Top Independent Album chart, respectively. In 2006, the duo recorded and released heir first ever Christmas album, Home for Christmas.

In 2010, Hall & Oates traveled the United States with their "Do You What You Want, Be What You Are" tour. Also, Daryl Hall recently released a new solo album, Laughing Down Crying.