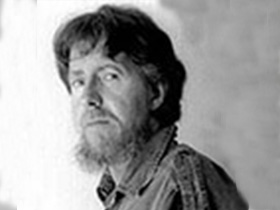 William Kotzwinkle wrote the novelization of E.T.: The Extra-Terrestrial and Walter the Farting Dog for children.

Novelist, screenwriter and children's writer, William Kotzwinkle was born in Lackawanna County on November 22, 1938. He attended both Rider University and Penn State University before engaging in the Beat culture during the 1960s. Kotzwinkle authored such cult favorites as Doctor Rat (1976), The Fan Man (1974), and most especially the novelization of the film E.T. (1982).

William Kotzwinkle was born on November 22, 1938 (the year is commonly disputed), in Scranton, Pennsylvania, to William John Kotzwinkle and Madolyn Murphy Kotzwinkle. He studied journalism at Rider College (now Rider University) in New Jersey and later transferred to Penn State University where he studied literature and devoted most of his free time to working with theatrical productions. Despite his love of the stage, Kotzwinkle soon realized that his talent was writing, not acting. He began to sharpen his writing skills through poetry and playwriting. Kotzwinkle also co-founded the Penn State Science Fiction Society, a group that attracted many of the writers who would become successes in science fiction from the 1960s onward. Before receiving a degree, he dropped out of Penn State and moved to New York City.

Kotzwinkle has never been criticized for being repetitive. Known for experimenting across genres, he is the author of over 20 novels and 15 children's books, in addition to short stories, poems, the novelization of E.T., and a few screenplays. Kotzwinkle's writing style can be described as creative and unpredictable. His work includes elements of satire, fantasy, science fiction, mystery, autobiography and more. Even his list of awards stand to prove his widespread appeal. Kotzwinkle won the National Magazine Award for Fiction in 1972 and 1975, the World Fantasy Award in 1977 for Doctor Rat, and the O. Henry Prize in 1977, which compiles the 20 best short stories of the year. For his work with children's literature, Kotzwinkle secured the North Dakota Children's Choice Award in 1983 and the Buckeye Award in 1984.

Greenwich Village became Kotzwinkle's home in 1957. While there, he immersed himself in the Beat lifestyle and the work of Beat writers, such as Jack Kerouac. He supported himself as a short-order cook, a promotions copywriter for Prentice Hall, and a department store Santa Claus. Although he continued to write during his Beat days of the 60's, Kotzwinkle made no effort towards being published, until his friend Joe Servello took the initiative for him. Servello sent The Fireman to publishers until it was accepted in 1969. The Fireman chronicles the day when Kotzwinkle's grandfather, a fireman, allowed him to sit behind the wheel of a fire truck. As reported on Contemporary Authors Online, Kotzwinkle accredits this novel's success to the honest, wide-eyed story-telling of an important moment from his childhood. This is Kotzwinkle's first of many published children's pieces. In an interview with Walter Gelles of Publishers Weekly, Kotzwinkle describes his attraction to writing children's books: "I always think I'll never do another [children's book], but something in me keeps bubbling up, the inner child who wants us to reexperience the world in a spontaneous way." He has followed up with other popular children's works, including his ongoing Walter, the Farting Dog series. Walter is an adopted dog whose flatulence annoys his owners and causes ongoing social problems. Dan Webster of The Spokesman Review commends the depth behind Walter's silliness, once the reader moves past the title. Walter displays benchmarks in children's literature such as heroism, kindness, and an understanding of those who are generally misunderstood.

Completely different than his initial success of The Fireman, is another of Kotzwinkle's early novels, The Fan Man (1974). Reflective of his time spent in Greenwich Village and his affinity for the Beat lifestyle, The Fan Man draws the reader into the alternate reality faced by a beatnik in a changing world. The narrator in this novel is an older beatnik, Horse Badorties, on a stoned search for a bizarre form of spiritual enlightenment. The entire novel spans only a few days and describes the story of Horse's elaborate efforts to organize a benefit concert covered by NBC and featuring 15 choir girls, chosen by him to perform. Not surprisingly, Horse misses the event because he is distracted and drugged out, reflecting on the past. While the novel originally received some poor reviews, Kotzwinkle portrays a true character that speaks in a flurry of hippie slang and longs for a lifestyle from days past.

As Kotzwinkle's career continued, his experimentation with multiple genres became more daring with hits such as Doctor Rat. In this 1977 World Fantasy Award-winning novel, the world is split between the natural world and the human world. Doctor. Rat is the only laboratory animal who defends mankind when all the other laboratory animals are creating insurgencies against the injustice of testing. Leon Lewis of the Dictionary of Literary Biography explains, "There is a lurid fascination to the ingenious rationalizations of Doctor Rat's ...explanations to the lab animals, while the noble nature of the free animals functions as an allegorical commentary on social values." Doctor Rat is considered a satire and an "ecofable," focusing on the inhumanity of humanity.

Most of Kotzwinkle's fame, however, derives from his work with film. He was invited to Hollywood in 1982 by Steven Spielberg, a fan of Kotwzinkle's, and was asked to write the novelization of the major film E.T., The Extra-Terrestrial. Kotzwinkle manages to combine many elements of his other work into E.T. This children's story based on the ethereal wisdom of an unearthly creature combines Kotzwinkle's inclinations towards children's literature, fantasy, science fiction, and satire. Kotzwinkle's E.T. is the opposite of the rational and harsh Doctor Rat, yet both novels impress the importance of a human connection to the natural world. In a 1985 interview with the Boston Globe, Kotzwinkle explains the essence of his famous character: "E.T. feels better loving than beating on people. He has evolved beyond us, in an alien place...But he has something instinctive to tell us about love. He's got deep feelings tempered by a marvelous sense of humor... the point E.T. makes is that love surpasses the barrier of the exterior image. He's unlovely and yet lovable." E.T. was so successful that he also produced a sequel with Spielberg, E.T., the Storybook of the Green Planet.

Kotzwinkle continued working in film by writing the screenplay for Book of Love, based on his novel Jack in the Box. Book of Love loosely follows his experiences growing up in Pennsylvania and is categorized as a formulaic coming-of-age story. This screenplay received masses of bad reviews. Chris Hicks of The Deseret News joined the bandwagon of rotten-tomato throwing: "The characterizations are broad and the situations seem dreary and tiresome... Part of that may simply be because Book of Love looks like too many other movies. Or maybe it's because Kotzwinkle likes the cheap shot, the easy vulgar joke, rather than trying to come up with something fresh and clever." On the other hand, the novel Jack in the Box has been called a working-class version of J.D. Salinger's Catcher in the Rye by Leon Lewis in the Dictionary of Literary Biography. Yet despite the comparisons, reviewers such as those at Kirkus Review, found Jack in the Box to be nothing fresh: "But readers looking for anything akin to depth or shape here will look in vain: it's just the jauntily recaptured surfaces of a pretty average boyhood, with a few sentimental smiles and more than a few boys-only locker-room giggles." Kotzwinkle humorously depicts adolescence in a small mining town and, true to form, satirizes the cornerstones of growing up. Regardless of reviews, Kotzwinkle's excellence springs from his inclination to experiment with new genres.

More recently in his career, Kotzwinkle wrote the novel The Bear Went Over the Mountain and received outstanding reviews. Like both The Fireman and Jack in the Box, The Bear Went Over the Mountain is inspired by a true life event. After marrying fellow author Elizabeth Gundy in 1970, both Kotzwinkle and she moved to an isolated section of New Brunswick. Kotzwinkle was inspired when a bear stole his wife's briefcase which held her manuscript. He found humor at in a bear having a briefcase and began to write the story in his head. The bear finds a manuscript and decides to head for New York City where he makes the novel a success. As the story progresses, Kotzwinkle shows the original author of the manuscript becoming more reclusive and "bear-like" as the bear acts more human. The title of this novel comes from the popular folk song sung to the tune of "For He's a Jolly Good Fellow":

Joan Gilbert of the St. Louis Post-Dispatch writes, "Maybe Kotzwinkle is referring to reality as a mountain or to transcending mountains in general...What we can say with security about Kotzwinkle is...that his imagination surely is the most agile and limitless among us." Outside of E.T., The Bear Went Over the Mountain is arguably Kotzwinkle's greatest success.

Currently, Kotzwinkle is working and collaborating with other authors on his children's series Walter, the Farting Dog. Quirky as always, he remains hidden away with his writing, garnering minimal celebrity status. He is now living off the coast of Maine with Elizabeth Gundy, happily isolated.