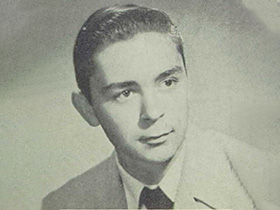 Both a doctor and a reverend, McCurley's books, such as Witness of the World: A Biblical Theology of the Gospel, focus on Christian texts.

Foster McCurley was born in Beaver Meadows, Pennsylvania, and was educated at Susquehanna University in Selinsgrove, Snyder County. He studied the Evangelical ministry at the Lutheran Theological Seminary at Philadelphia, and taught there from 1972 to 2004. He has written, co-written or edited over 20 books, most of which are scholarly analyses of the Bible. His titles include Ancient Myths and Biblical Faith: Spiritual Transformations and Making Sense of Sorrow: A Journey of Faith with Rabbi Alan Weitzman.

His education did not end there, nor did it take a simple path. The religious themes of his undergraduate education developed further at the Lutheran Theological Seminary at Philadelphia (LTSP). He earned a Bachelor of Divinity in 1962 and a Master of Sacred Theology degree in 1964, according to Contemporary Authors Online. In the ensuing years he also studied at the University of Tübingen in Germany and the Dropsie College of Hebrew and Cognate Learning (now Dropsie University) in Philadelphia. For McCurley, religion would become a lifelong vocation.

McCurley was an instructor at the LTSP from 1964 to 1967, after which he became an assistant professor at the institution until 1972 and finally an associate professor of Old Testament and Hebrew until his retirement from the seminary in 2004.

During this time he also wrote, co-wrote or edited over 20 books, according to David Meier of Joy Reflections. Scholarly texts on the Bible and other books in Judeo-Christian antiquity (e.g. Ancient Myths and Biblical Faith ) composed the majority of this work, but he also wrote books on coping with grief (e.g. Making Sense of Sorrow with Rabbi Alan Weitzman) and preaching guidance (e.g. New Proclamation ). He also edited several volumes of the Proclamation Commentaries series.

As McCurley's literary works are primarily scholarly texts of religious value, they have not seen much press in traditional critical review circles. However, the continued presence and popularity of his works in the Christian book world testifies to his ability to reach people with his writing.

McCurley often analyzes the impact of other mythology on Christianity. He draws on Egyptian and Jewish/Hebrew lore in order to inform his own understanding of Christianity and to convey that understanding to his readers. In his foreword to Ancient Myths and Biblical Faith he wrote that he aims to understand the Bible in relation to the times of its composition, as well as reconcile both testaments with past and future church teachings.

Aside from writing and editing, the former Dean of the Faculty at the LTSP increasingly focused his efforts on the Evangelical church's social ministry and its organizations. He first joined the Evangelical Lutheran Church of America's Disaster Response Team in 1995, and helped administer grief counseling to victims of the Oklahoma City bombing later that year. According to LTSP, he also served at the Theologian-in-Residence at Diakon, a Pennsylvanian social ministry organization, from 1995 to 2003. Immediately after his retirement in 2004 he served as interim president of Luthercare, a senior living and childcare service based out of Mohnton in Berks County, according to the Lutheran Historical Society of the Mid-Atlantic.

Foster McCurley continues to offer preaching services at Philadelphia-area churches and contribute to online publications of the Evangelical church. He remains active in social ministry. He splits most of his time between Philadelphia and his home in Mohnton.