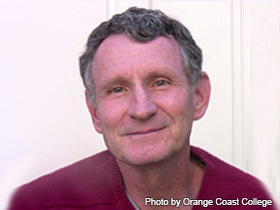 Obstfeld has written many books, but often under a pseudonym, e.g., Fire Eaters (1986), Warlord (1983), and Diamondback (1983) were all written under different pen names.

Born in Williamsport, Pennsylvania in 1952, Raymond Obstfeld is a prolific novelist, writing over 27 works in various genres. He also writes under several pseudonyms. Obstfeld attended Lycoming College, then received degrees from the University of the Redlands and the University of California at Davis. His best-known works include Novelist's Essential Guide to Crafting Scenes(2000) and Napoleon Bonaparte (2001). At the time of this writing, he lives in Irvine, California, where he writes and teaches.

Novelist Raymond Obstfeld was born on January 22, 1952, in Williamsport, Pennsylvania. The son of restaurateurs Ludwig and Ilse Obstfeld, he attended Lycoming College in Williamsport before receiving his BAfrom the University of Redlands and his MAfrom the University of California at Davis. He resides in Irvine, California with his wife Loretta and their son, Max. His wife is a part-time Orange Coast College instructor, teaching English composition classes. She also teaches part-time at Chapman University and Santa Ana College.

Obstfeld is a prolific writer, publishing under several pseudonyms which include Pike Bishop, Jason Frost, Don Pendleton, and Carl Stevens. Obstfeld has written over 27 novels in various genres, including mysteries, suspense thrillers, romance, mainstream, and young adult. His works have been published in 11 different languages, and four of his novels received movie offers. Obstfeld has also sold 15 nonfiction books, numerous short stories, poems, nonfiction articles, and close to a dozen screenplays.

The subjects of Obstfeld's novels, both under his name and his various pseudonyms, are vast and varied. They include titles such as The Cat With Half a Face(1978) (a poetry collection); and Kinky Cats, Immortal Amoebas, and Nine-Armed Octopuses: Weird, Wild, and Wonderful Behaviors in the Animal World (1997). Another well-known work is the Novelist's Essential Guide to Crafting Scenes (2000). He has also written Diamondback(1983) and Judgment at Poison Well (1983), two westerns, under the pseudonym Pike Bishop; and under the pseudonym Carl Stevens he penned The Centaur Conspiracy(1983) and The Ride of the Razorback (1984), both action/suspense novels.

Writing under his own name, Obstfeld received an Edgar nomination—awarded for the best work in various categories of the mystery field involving writing—from the Mystery Writers of America for his novel, Dead Heat (1981). The Joker and the Thief (1993), a young-adult adventure novel, won second prize in the annual Delacorte Young Adult Fiction Contest.

Obstfeld teamed with his wife, Loretta, to write a biography of Napoleon entitled Napoleon Bonaparte (2001). It was their first foray into co-writing a novel; previously, they had collaborated on editing endeavors with the publishing firm Fossil Press. After a failed book bid with Greenhaven Press, Obstfeld was contacted by the company to write a book for their series "People Who Made History."

At the time of this writing, Obstfeld works as an assistant professor of English at Orange Coast College in Costa Mesa, California. He instructs students in composition, creative writing, novel writing, and scriptwriting classes. In addition to teaching, he also works as editor and publisher of the Orange County-based Fossil Press.