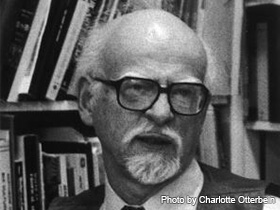 Anthropological and political author Keith Otterbein was born in Warren in 1936.

Born in Warren, Pennsylvania in 1936, Keith Otterbein has led a successful career. He earned a PhD from the University of Pittsburgh, and has spent a lot of time in the Bahamas doing ethnographic research. He has also become a professor, researcher, and author of various anthropological books and articles.

Keith F. Otterbein was born May 24, 1936 in Warren, Pennsylvania to Ralph and Mary Otterbein. He married Charlotte Swanson and the couple had one child.

Otterbein joined the faculty of the State University of New York at Buffalo in 1966 as a professor and since that time has done field research in the Bahamas and the United States. He has spent much time focusing on feuding and warfare. He teaches both topics at Buffalo along with other anthropology courses. In 1966, Otterbein published his first book, The Andros Islanders: A Study of Family Organization in the Bahamas, which documents his extended study of the Bahamas.

Throughout his career, Otterbein has published six books and a vast number of articles in various magazines and journals. In addition to studying the human cultures of the Bahamas, Otterbein has also researched historic preservation in the United States and England. Otterbein currently resides in Williamsville, New York.