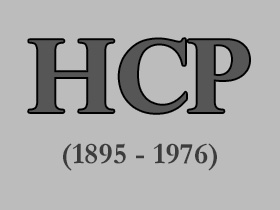 An extremely talented artist, Henry C. Pitz illustrated of over 60 books. He also wrote a dozen books on how to illustrate and draw.

Henry Clarence Pitz, a painter and a product of the turn-of-the-century Arts and Crafts Movement, was born in 1895. After attending the Philadelphia Museum School of Art and serving in World War I, Pitz authored and contributed illustrations to various magazines and over 160 books. He has held many memberships, accolades, and teaching positions for his extensive work in children's books, histories, and art technique guides. He died in 1976 in Philadelphia, Pennsylvania.

Henry Clarence Pitz, born in Philadelphia, Pennsylvania, on June 16, 1895, was the only child of Henry William Pitz (a German immigrant since the 1880s) and Anna Rosina (Stiffel) Pitz. Young Pitz grew up during an artistic revival in fine hand-printed books, which followed a disenfranchisement with the Industrial Revolution's mass-market production, also known as the Arts and Crafts movement. Pitz developed a drawing talent at an early age, thanks to his interest in the many picture books his father, a bookbinder, gave him. As a child, Pitz admired the work of acclaimed illustrator Howard Pyle and his Robin Hood series. He attended the Central Manual School, studying sketching and drafting, taking Saturday morning art lessons, and he also took regular academic lessons at the West Philadelphia High School. Pitz planned to attend the William Penn Charter School and the University of Pennsylvania's school of architecture, however, right before he was supposed to begin, his father, whose business partner had been embezzling money from him, died unexpectedly.

Pitz graduated from primary school in 1914, with a scholarship to the Philadelphia Museum College of Art. He studied there from 1914 to 1918, as well as at the Spring Garden Institute in Philadelphia in 1917 and 1920. His education was interrupted when he joined the Army Medical Corps following America's entry into World War I, where Pitz served as an X-ray technician in Allerey, France. He drew many sketches of servicemen and the wartime atmosphere. After the war, he took some of his art samples to New York editors for review, soon receiving his first art commission in Philadelphia illustrating John Bennett's Master Skylark (1922). In 1929, Henry Pitz published his first book, Early American Costume, which is a history that "filled an important gap in the literature for illustrators and became a valuable reference tool," according to essayist Patricia Likos. Pitz began contributing to the magazine American Artist, where Pitz worked as an associate editor for the next 40 years, writing articles about illustrators, printmakers, advertising artists, and painters, both American and European.

In 1934, Henry Pitz headed the new Department of Pictorial Expression at the Philadelphia Museum College of Art, serving for 26 years and remaining there as a professor emeritus from 1960 to his death in 1976. He married Mary Wheeler Wood in June 1935, in Chestnut Hill, Philadelphia. They had a son, Henry William Pitz II, and a daughter Julia Leaming Pitz Handy Barringer. Most of their life was spent at their home in Plymouth Meeting in Montgomery County.

He held various other positions in academia: an instructor of watercolor art at the Pennsylvania Academy of Fine Arts (1939-1946), visiting critic at Bryn Mawr Art Center (1939), visiting lecturer of fine arts at the University of Pennsylvania (1941) and at the Carnegie Institute of Technology (1964), visiting instructor at the Cleveland Institute, member of board of editors of American Artist Book Club since 1968, a painter of three murals for the Smithsonian Institution exhibit at Chicago World's Fair, an official artist documenting NASA's Apollo 10 moon launch (May, 1969), visiting lecturer at the University of Utah (1971), and an official artist for the Environmental Protection Agency (1972).

Throughout his life, Henry Pitz authored or illustrated more than 160 books, dealing mostly with children's books in the 1920s, then moving on to illustrated histories, and finally writing about the history of illustration as well as how-to books for young student artists. He also contributed artwork to various magazines like the Saturday Evening Post, Schribners, Cosmopolitan, Harpers, Century, Country Gentlemen, and Good Housekeeping. Berniece Prisk reviewed Early American Dress, a revised edition of Early American Costume, praising its originality:"The detail in discussing the life of the people gives reason to the kind of clothing worn, an aspect too often omitted in many of the works on historical dress" and that "one becomes absorbed in the life of the people and the variations of dress within a period." David Kunzle described Pitz's Howard Pyle in The Art Bulletin: "Pitz faithfully transmits the legacy of [Pyle] ranked by many writers as the first truly great American illustrator," although "References to Pyle's stylistic and thematic sources are few, vague, and indiscriminate." The Brandywine Tradition (1969), perhaps his best-known work of exploring southeast Pennsylvania artists, remained on the bestseller list for 10 weeks.

Henry Pitz's numerous memberships included: academician of the National Academy of Design, fellowship grant to the Huntington Hartford Foundation near Los Angeles, the Philadelphia Watercolor Club, director of the American Watercolor Society, a lifetime member of the Society of Illustrators in New York, the Newcomen Society, Audubon Artists, the Art Alliance of Philadelphia (vice-president 1938-1961; member of board of directors since 1942), Philadelphia Sketch Club (vice-president 1938-1940; president 1940-1942), director of the Philadelphia Water Color Club, board of trustees member of the Woodmere Art Gallery from 1968, the Philobiblon Club, the Salmagundi Club in New York, the Franklin Inn (a Philadelphia literature club) in 1970, and an honorary doctorate of letters of Ursinus College in 1971.

His many awards included a Bronze Medal from the International Print Exhibition in 1932, Dana Gold Medal from the Pennsylvania Academy of Fine Arts in 1934, Bronze Medal from the Paris International Exhibition in 1938, Hans Obst Prize from the American Watercolor Society Annual in 1952, Obrig Prize from the National Academy in 1953 and 1956, Alumni Gold Medal from the Philadelphia Museum College of Art in 1956, Silver Star Cluster in 1957, the National Academy Prize for Water Color in 1962, Pennational Artists Gold Medal in 1968, and the Philadelphia Athenaeum Literary Award in 1969 for his work The Brandywine Tradition. Henry Pitz's works appear in many public places such as the Library of Congress, the Philadelphia Museum of Art, the Cleveland Museum of Art, and the National Gallery of Art. He participated in art shows at the Pennsylvania Academy of Fine Arts (1930-1969), the American Watercolor Society from (1946-1968), the National Academy of Design from (1950-1972), the National Gallery of Art in 1970, and the Phoenix Art Museum. In 173 Drawings and Illustrations (with Frederick Remington), Pitz spoke of the passing age of fine-art illustration when he said, "We have fed upon the written word, largely fiction, and the picture, which has become increasingly fictional. The motion picture and the television have implanted persistent images in our minds — images which do not always entirely satisfy and which, more and more, we tend to question."

Henry Clarence Pitz died at his home in Chestnut Hill, Philadelphia, on November 26, 1976, after working on a painting the day before.