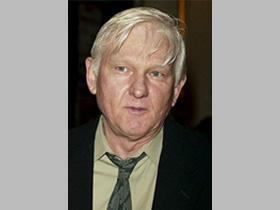 David Rabe is an American playwright and screenwriter who is best known for his trilogy of plays based upon his experience in the Vietnam War, including the Tony award winning Sticks and Bones. The play premiered at Villanova University, located in Delaware County in Pennsylvania, where Rabe earned his M.A. In addition to his occupation as a playwright and screenwriter, Rabe is also an accredited producer and college professor. The acclaimed playwright currently resides in rural Connecticut with his wife Jill Clayburgh and their three children, one of whom is the actress Lily Rabe.

The talented U.S. playwright and screenwriter David William Rabe was born on March 10, 1940, in Dubuque, Iowa. Rabe's parents, William Rabe and Ruth Rabe, were a high-school teacher and department store employee, respectively. He grew up in a very religious family and attended Catholic primary and secondary schools in Dubuque, and received his bachelor's degree from the Catholic liberal arts institution Loras College in 1962. Rabe began his graduate studies at Villanova University in Pennsylvania, which was interrupted when he was drafted into the United States Army in 1965. He spent the majority of his time in the service in Vietnam and later returned to Villanova to continue his studies. Rabe ultimately earned his M.A. from Villanova in theatre in 1968.

Rabe's time spent overseas in Vietnam is the basis for his first three works, a trilogy of plays based upon his experiences of war, entitled The Basic Training of Pavlo Hummel, Sticks and Bones, and Streamers. His play Sticks and Bones would later earn him the coveted Tony Award for best play in 1972. Rabe's works were also bestowed with the Tony Award for best performance by a leading actor in a play by Tom Aldredge, who was nominated in 1972 for his role in Sticks and Bones as a bitter war veteran who returns home from Vietnam blind. The talented Al Pacino won for his performance in The Basic Training of Pavlo Hummel in 1977. Pavlo Hummel, the first play in Rabe's trilogy, and winner of the 1971 OBIE Award for Distinguished Play, depicts the pain of the horrors of war and the nearness of death. Clive Barnes, writing in New York Times in 1977, found that Pavlo Hummel encompassed the "terrible and basic theme of waste—human waste—it is a play beautiful in its shabbiness, proud in the honesty of its despair."

Rabe's war plays depict the ruthlessness and horrors of battle and the effects of war on all those involved, combatants and noncombattants alike. His plays include tales of tormented war veterans, stories of the brutilization of American troops, and dramas of violence and prejudice within army camps. The trilogy was received in high accord, with six favorable, one negative, and one mixed review after the premiere of The Basic Training of Pavlo Hummel at the New York Shakespeare Festival, according to New York Times "What's New in Theater" in May of 1971.

Rabe's other plays include the well-known Hurlyburly and Those the River Keeps, two dramas about the disallusionment in Hollywood. Both plays received innumerous awards and critic approval, and Hurlyburly was later made into a major motion picture starring Sean Penn and Meg Ryan. Other accomplishments include screenplays for major motion pictures, such as Casualties of War, another work based on the realities of the Vietnam war, and the highly-acclaimed big screen version of John Grisham's novel The Firm.

Although best known for his Vietnam works, Rabe continues to delve into human emotions and cut across boundaries with each succedent composition. His works encompass a number of controversial and intermittent themes based on the violent human psyche, but have predominantly been found to be favorable at the hand of critics and audiences alike.

Rabe currently resides in rural Connecticut with his wife, actress Jill Clayburgh, whom he married in 1979. The happily married couple lives with Rabe's three children, one of whom is the actress Lily Rabe, who has appeared in recent films such as Mona Lisa Smile.