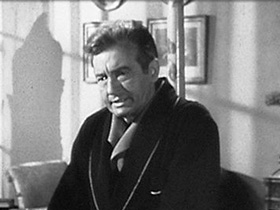 William Claude Rains, born in London in 1889, struggled with speech, poverty, and the physical abuse of his father, but worked towards earning himself a better life. By age 11, he gave up a formal education to continue pursuing theatre jobs that awarded him skills and pay to support his family. After years of theatre work and mentorships, Rains went on to travel with shows and play nearly 20 Broadway roles. In 1933, he was cast as the lead in The Invisible Man (1933), a role that initiated a 50-plus movie career that included some of the most famous of his time, such as Casablanca (1942), The Phantom of the Opera (1943), Mr. Skeffington (1944), and Caesar and Cleopatra (1945). He became an A-list star, earning his recognition as a supporting actor. Claude Rains died on May 30, 1967, at the age of 77.

William Claude Rains, the first film actor to earn a million dollars for a part, was born on November 10, 1889, in London, England, to Frederick and Emily Eliza Cox Rains and was referred to by his family as "Willie." During Rains' youth, his father transitioned from one temporary job to the next, requiring the family to move often and live on a tight budget. At times, Rains' mother would even host boarders to make ends meet. In 1898, a local minstrel solicited parental permission for their children playing in the streets to appear in the background of his music hall act. This provided Rains his first experience on stage, which he found thrilling and would always remember.

Rains struggled with his speech in his youth, hardly talking at home, teased by classmates, and even scolded by his father, who was also a physically abusive man. With daydreams of escaping to a better life, Rains began cutting school to work as a news vendor at a W. H. Smith store. From there he took notice of a passerby that was his age own yet dressed in fine clothes. Rains soon discovered that the boy was a member of the Farm Street Church choir and literally walked away from his vending job to join the group. Despite having to return to school regularly after his playing hooky was discovered, Rains continued to be a choir member, which led to his participation in the play "Sweet Nell of Old Drury" at the Haymarket Theatre in 1900. Rains was 11 years-old at the time, and his choirmaster, Alfred Bellew, continued to book Rains for performances.

With money troubles weighing on them, Rains' parents soon agreed to Bellew's suggestion that their son give up his formal education to pursue a lucrative career in theatre. Rains worked at the Duke of York's Theatre performing in plays, and then as a call and page boy at His Majesty's Theatre, where he was mentored by one of England's leading actor-manager's, Herbert Beerbohm Tree, and Tree's associate, Walter Crichton. By 1910, at age 21, Rains had become the Assistant Stage Manager of the theatre. He then left to take a State Manager position with the Theatre Royal Company at Haymarket for higher pay. In the years that followed, Rains served in acting as well as managerial roles, touring Australia and eventually America, where he graced the New York stage.

In 1915, Rains enlisted in the London Scottish Regiment in World War I. "I was not heroic," he said later, as documented in David Skal's biography of Rains. "I just knew I'd be ashamed of myself if I did not... I didn't want to be hurt, or hurt anyone else." During the war he was gassed at Vimy Ridge and, after four years, he left the service as a captain. His first marriage to Isabel Jeans of England suffered in his absence and ended after three years. His post-war stage career continued in London through 1926, and he married his second wife, Marie Hemingway, also from England, in 1920. That marriage lasted less than a year, and Rains would go on to marry six times in total, including an 11-year marriage to actress Beatrix Thompson (1924-1935).

Rains also served as an acting teacher and taught at the Royal Academy for a time. He returned to New York in 1927 to play nearly 20 Broadway roles. He remained busy throughout the 1930s portraying a mix of benign and devious characters and adapting his growl-like voice to gain favor. But in 1933, during the Depression, he was unable to secure theatre roles and feared his career was over. At age 44, he bought a small farm near Lambertville, New Jersey, but soon had little time for farming when his agent landed him the lead in The Invisible Man. Standing five-feet, six-inches, he once told a friend: "All the years in the theater I used to pray at night that I would wake up with about three inches added to my height." However, director James Whale had little concern for Rains' appearance when casting The Invisible Man lead. "I don't care what he looks like; that's the voice I want." The role would launch an unprecedented movie career for Rains.

When his farm in Lambertville burned to the ground, Rains bought a farm near Glen Mills, Delaware County, in 1935. That same year he married his fourth wife, Francis Propper of New York City (who later became Mrs. Henry Fader of Philadelphia). The marriage would produce Rains' only child, Jessica. In 1938, Rains became a US citizen. His role as the corrupt Senator Paine in Mr. Smith Goes to Washington (1939) topped his decade of film success, and by the 1940s, Rain had risen to A-list stardom as a supporting actor.

Hollywood to me is a place to work. Home is Chester County, Rains said in a 1950 interview with Philadelphia Inquirer Magazine. In 1941, he moved from Delaware County to Stock Grange Farm in West Bradford Township, Chester County, calling it "the best place to live in the world." In 1956, he moved to the Hawthorne House on South Church Street in West Chester. He lived a reclusive lifestyle and remained in the borough for seven years before moving in 1963 to his final home in Sandwich, New Hampshire.

Rains starred in over 50 movies that included some of the most famous of his time, such as Casablanca (1942), The Phantom of the Opera (1943), Mr. Skeffington (1944), and Notorious (1946). His role as Ceaser in Caesar and Cleopatra (1945) made him the first film actor to earn a million dollars for a part. He acted alongside great actresses of his time, as well, including Bette Davis, Vivien Leigh, and Ingrid Bergman. While he never won an academy award, Rains was nominated four times for the role of supporting actor.

His later wives included Agi Jambor, a concert pianist and Music Professor of Bryn Mawr College and Rosemary Clark, a writer and painter born in Wilkes-Barre, Pennsylvania, who moved to New Hampshire with Rains and later died in 1965.

At the age of 77, Claude Rains died of an abdominal hemorrhage at Lakes Region Hospital in Laconia, New Hampshire, on May 30, 1967.