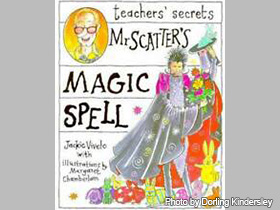 Jacqueline (Jackie) Jean Vivelo was born on January 23, 1943, in Lumberton, Mississippi, to parents Jack and Virginia Olivia Jones. She moved to Pennsylvania in 1981 to work at Lebanon Valley College in Annville as an English Professor. Vivelo had a love of stories and wrote many children's stories throughout her life, as well as a couple of novels for adults. She loved to read and write and felt that they shaped the majority of her life. Jackie Vivelo died in 2008.

Children's author Jackie Jean Vivelo was born Jacqueline (Jackie) Jean Jones on January 23, 1943, in Lumberton, Mississippi. Her father, Jack, was a mechanical engineer and her mother, Virginia Olivia Bond, was an English teacher. On June 19, 1965, she married Frank Robert Vivelo, an anthropologist and writer. That same year Vivelo earned a Bachelor of Arts (BA) from the University of Tennessee in Knoxville.

Immediately after earning her BA, Vivelo began to work for the New York City Department of Welfare as a caseworker. She left that job in 1966 and started her career as an instructor at Knoxville College in Tennessee. In 1970, she earned her Master of Arts (MA) degree. Vivelo worked as an instructor at a multitude of institutions from 1968 to 1987, including Middlesex County College in Massachusetts and Lebanon Valley College in Annville.

Vivelo once explained to an interviewer for Contemporary Authors Online how she decided to be a writer:

One summer evening when I was very young I sat on a porch swing with two even younger cousins, the son of one aunt and the daughter of another. Because they'd asked for a story, I began the adventures of a creature that was both ogre and ghost. As darkness closed in, I described the monster as moving nearer to us—down the street, up the walk, at the gate. I never had to end the story because as the creature passed the gate, my cousins shrieked in terror and raced into the house to find their mothers. Having felt the power of storytelling on this and similar occasions, I decided I wanted to be a creator of stories.

Jackie Vivelo published her first book with her husband Frank in 1974. The book was an anthology called American Indian Prose and Poetry: We Wait in the Darkness. The anthology included mythological stories, folklore, and contemporary literature from various Native American groups. Kirkus Reviews called it "A useful and revealing introduction to American Indian literature and folklore."

A Trick of the Light: Stories to Read at Dusk (1987) is different from Vivelo's other collections. This book consists of short horror stories. Vivelo's horror books have been said to "send delicious tingles down the spine," according to Molly Kinney in the School Library Journal. Michael Cart, on the other hand, wrote in the School Library Journal that Vivelo's A Trick of the Light should be compared to other books "as skim, 2%, and non-fat are to real milk: the name is the same but the content and taste are somehow...lacking."

Vivelo was promoted to Assistant Professor of English at the same time she released A Trick of the Light and continued in that position at Lebanon Valley College until 1991. She also won a Pennsylvania Council of the Arts fellowship in 1992 and a Young Book Trust Award in 1994.

Reading and writing were very influential parts of Jackie Vivelo's life. She loved to write books for children. She once said that, "Although I've written for adults, my most personally satisfying stories are those for young people.... I like my characters, and I would have liked facing the challenges they encounter in their neighborhood. I want all the stories to be possible, to be the kinds of problems really happening in everyday life." Vivelo once told a writer for Contemporary Authors Online that she felt, "Throughout my life books and storytelling have helped to shape my world, giving it stability and peopling it with interesting characters."

Jacqueline Vivelo died on December 31, 2008, after an extended illness. She was 65 years old and had spent nearly 44 of those years married to her husband, Frank. Frank wrote in his book, Endnotes: The Final Journal that "life without her was not life."