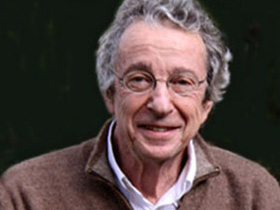 Pulitzer Prize-winning poetC.K. Williams studied at the University of Pennsylvania.

C.K. Williams was born in Newark, New Jersey to Paul Bernard and Dossie Williams in 1936. He found his life's calling as a poet while taking a required course in college. He began to write poetry initially with an acidic anti-war theme. However, as he aged his content and style changed to long lines of conversational poems that reflected on love, intimacy, aging, and the natural world. Williams won a Pulitzer Prize for poetry in 2000 for Repair (1999). Williams died at home on September 20, 2015.

Williams was born to a business man and homemaker during the middle of the Great Depression. After his graduation from Columbia High School in Maplewood, New Jersey, Williams attended college at Bucknell University, where he'd been recruited to play basketball. According to The Writer's Almanac, He was a good basketball player, 6 feet 5 inches, and he was recruited to play in college. But then he wrote a poem for a girl he was trying to impress, and she was actually impressed, and so he decided he should be a poet instead. Williams grew tired of playing basketball and transferred to the University of Pennsylvania. He discovered his love for writing poetry while taking a required English class.

According to Williams, "Poetry didn't find me, in the cradle, or anywhere near it: I found it." Williams graduated from the University of Pennsylvania with a BA in 1959. Williams married Sarah Jones in 1966, but later divorced her in 1975. In 1973, while waiting for a plane in the John F. Kennedy Airport, he met Catherine Mauger. They later married, and together they had a son, Jed, who was the subject of several of Williams' better known poems.

The war in Vietnam affected Williams, and at the urging of some friends, he published his first poem "A Day for Ann Frank," which connected the civil rights movement with the Holocaust. Shortly after, Williams included it in his first volume of published poetry titled Lies (1969). His anti-war and protest themed poetry continued in his second volume I am a Bitter Name (1972). The poem "In the Heart of the Beast" was written after the deaths of four Vietnam War protesters on Kent State University's campus. As he grew older, the focus of Williams' poetry shifted from an anti-war theme to his thoughts on love, death, violence, and aging.

Many critics say Williams found his voice after his first two books; in his third book With Ignorance (1977), Williams began to work with conversational poems. Since then, his style of poetry - long lines without conventional rhyme and rhythm - has often been compared to that of Walt Whitman. In 1983, Tar was published. The poem centered on roof workers during the Three-Mile nuclear accident, and it is characteristic of Williams' style:

After half a night of listening to the news, wondering how to know a hundred miles downwind
if and when to make a run for it and where, then a coming bolt awake at seven
when the roofers we've been waiting for since winter sent their ladders shrieking up our wall,
we still know less than nothing: the utility company continues making little of the accident.

Williamsserved as a writing professor at Columbia University and a literature professor at George Mason University. He was first nominated for a Pulitzer Prize for his book Flesh and Blood (1987). Although he didn't win the Pulitzer, he did win the prestigious National Book Critics Award. The Vigil (1997) was also nominated for the Pulitzer Prize. Williams has received the PEN/Voelcker Career Achievement Award and was elected to the American Academy of the Arts and Letters in 2003.

In 2000, Williams won a Pulitzer Prize for his volume of poetry Repair. Some poems in Repair make use of short lines, contrary to Williams' trademark long lines. The subject of Repair was the healing and forgiving process, and Williams successfully blended his style with new subject matter. According the Boston Book Review, "Formally, these new poems mark a departure. Underneath, though, they are driven by the familiar Williams sensibility: intelligent, restless... always wanting to know and understand more... [an] excellent book." Critics were impressed with Repair, and Williams received solid reviews for this book.

He won the 2005 Ruth Lilly Poetry Prize, which is given to a poet "whose lifetime accomplishments warrant extraordinary recognition." In 2007, Williams published Collected Poems, which is a volume that brings together poems from his career of over forty years. In 2010, he published another volume of poetry, Waiting, which delves into a variety of subjects such as animals, rural life, Iraq, and desire.

Williams was also the author of two children's books, How the Nobble Was Finally Found and A Not Scary Story about Big Scary Things, which were published in 2009 and 2010 respectively. The former tells the story of a creature called a Nobble who has never met anyone like himself before, but with the help of a little girl, finds another Nobble and is taught manners. The latter children's book is about a young boy who is courageous and stands up to a monster, but later realizes the monster was just a fluffy kitten. Both children's books were well received by critics and the School Library Journal.

"The most interesting thing about a poem," Williams said, "is that it doesn't exist until it has its music. Every poem has a music. And until it has that, it's not a poem. It's just information or data that's floating around in your head or on your desk."

C.K. Williams' book Tar served as the basis for the film The Color of Time (2014), with actor James Franco portraying Williams - today considered one of the best American poets of the 20th century.

Williams passed away at home on September 20,2015.