Atoms for Peace at Penn State 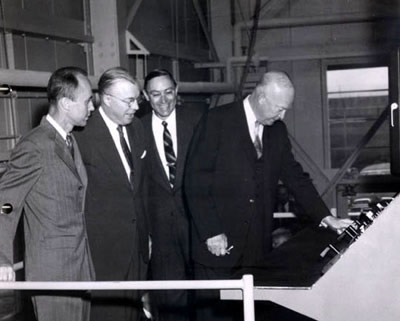 On July 16, 1945, the first atomic bomb was detonated in the desert outside of San Antonio, New Mexico. The world had just received its first exposure to the awesome power of nuclear energy. Ideological enemies, the United States and the Soviet Union, filled the years following World War II with research and development of nuclear weapons arsenals. However, this time period also focused on research into the peaceful applications of nuclear energy. These applications included commercial power generation, naval propulsion, and medical treatments.

In 1953, President Dwight D. Eisenhower stood in front of the United Nations General Assembly and delivered his famous “Atoms for Peace” speech. In this speech, the President outlined reasons for the peaceful applications of nuclear energy. Soon after, the United States began the Atoms for Peace program that provided equipment and information to schools, hospitals, and research institutions. “So my country’s purpose is to help us to move out of the dark chamber of horrors into the light, to find a way by which the minds of men, the hopes of men, the souls of men everywhere, can move forward towards peace and happiness and well-being,” said Eisenhower.

In 1954, Dr. Eric Walker, the Dean of the College of Engineering at Penn State University, made a proposal to the Atomic Energy Commission for a research reactor to be built on the Penn State campus “for the purposes of research, education and outreach.” Dr. Walker, along with professors of nuclear engineering Dr. William Breazeale and Dr. Robert Cochran, crafted a plan to build the reactor on the Penn State campus for a cost of $250,000. Construction of the reactor began in 1954 and was completed in time for dedication on Feb. 22, 1955. The reactor received its operating license on July 8, 1955 and began operation on Aug. 15, 1955. 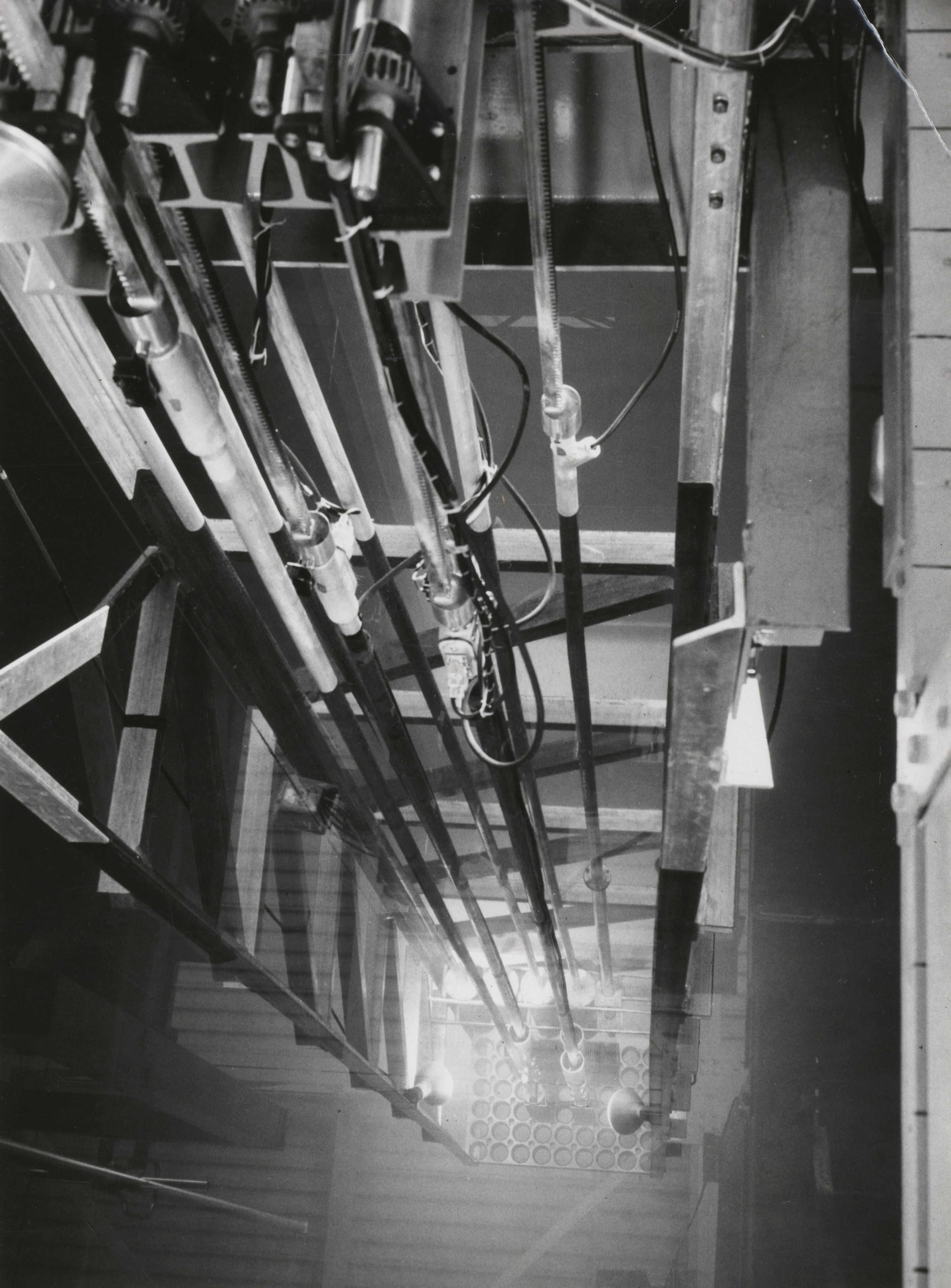 Penn State University Archives
The Breazeale Reactor, seen here from the inside, was meant to be a teaching tool.

Unlike commercial power reactors that produce heat to generate electricity such as the Shippingport facility in Beaver County that was also built in response to the Atoms for Peace program, the Penn State Breazeale Nuclear Reactor (PSBR) is used for determining reactor dynamics, measuring nuclear properties, and observing the effects of radiation on organic and synthetic materials. Nuclear research in the mid-1950s was slow moving until Congress passed the Atomic Energy Act of 1954. With the blossoming nuclear industry came the need to train people to safely operate a nuclear reactor. The International Atomic Energy Agency sent scientists from all over the world to be trained in nuclear operation at the PSBR. The scientists then returned to their home countries to establish research reactor programs. During the late 1950s, it was estimated that nearly one-third of all U.S. reactor operators received training at the PSBR. The growth of nuclear science in the 1950s paved the way for expansion at Penn State in the 1960s.

During the 1960s, a nuclear engineering department was added to the College of Engineering with both graduate and undergraduate degree programs. Penn State sought the talents of Nunzio Palladino, who already had a successful career designing the first power reactor at Westinghouse, as head of the Nuclear Engineering Department. The reactor was then placed under the administrative control of this new department.

New technological developments in the 1960s also led the upgrades and improvements of the PSBR facilities. Research laboratories were added to the reactor building to accompany the large number of students, scientists and engineers receiving training at the PSBR. New research equipment, such as heavily-shielded hot cells to handle highly radioactive samples and a cobalt pool for intense gamma irradiations, were added to the PSBR to expand the research and educational capabilities of the facility. These new facilities, coupled with the now expanding nuclear power industry, attracted student and scientists from all over the world to Penn State.

In 1969, the nuclear engineering faculty at Penn State taught the first Nuclear Concepts Institute which focused on teaching high school teachers about the technical and sociological issues of nuclear technology. The high school teachers then took what they learned and passed it on to their students. This has been offered every year since 1969 and is responsible for bringing nearly 500 high school students to the PSBR each year to tour the facility and learn about nuclear science. 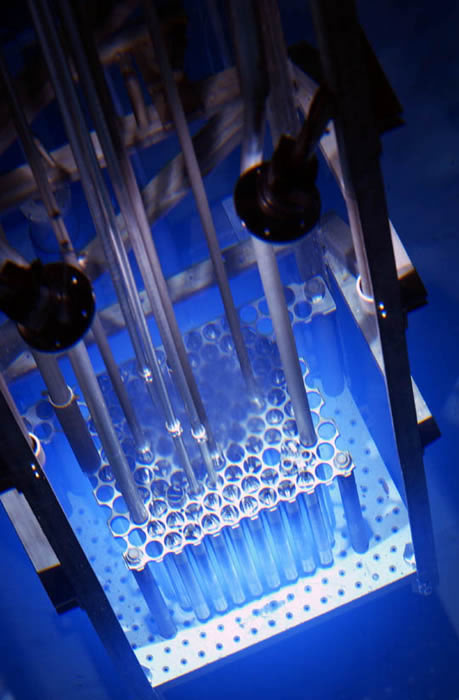 ResearchPennState
The TRIGA fuel source has made the reactor much safer.

The single-largest change to the PSBR during the 1960s was the change from plate-type fuel to TRIGA (Training Research Isotopes General Atomics) fuel. TRIGA fuel is an inherently safe design that yields power output and similar to fuel assemblies used in commercial power reactors. The most interesting feature of TRIGA fuel is the ability to pulse the reactor. Pulsing is an experimental technique where a control rod is quickly removed from the core, causing a bright blue flash of Cerenkov radiation to propagate through the coolant pool and a brief increase in fuel temperature. This entire process lasts about 17 micro-seconds and can take the reactor to nearly 2,000 times its maximum operating power. There is no damage to the core because of the inherent safety features of TRIGA fuel.

In 1970, the Penn State reactor was named in honor of its designer, Dr. William Breazeale, who passed away that year. Research projects at the PSBR evolved to include the newly chartered fields of nuclear medicine, genetic engineering, and radiological analysis of drinking water. In the 1970s, the PSBR staff supported a nuclear biomedical team at Harrisburg Hospital that developed a method of bone scanning using fluorine isotopes. In 1977, the Environmental Protection Agency approached the PSBR staff about developing a laboratory to perform radiological analysis of drinking water under the new Safe Drinking Water Act. Throughout the 1970s, the nuclear industry in the United States continued to expand with new nuclear power plants and research reactors opening all over the country. However, in 1979, an accident at Three Mile Island Nuclear Generating Station (TMI) near Harrisburg nearly brought the industry to a halt.

On March 28, 1979, the primary coolant system failed at the TMI-2 reactor causing the pressure in the core to rapidly increase. The pressure was relieved by the built-in safety system and, as a consequence, water began to flow out of the core. With less and less water to cool the core, fuel began to melt. By the time the operators regained control of the reactor, part of the core melted and radioactive water flooded the reactor building. The accident caused widespread national panic and concern about the safety of nuclear power. The Nuclear Regulatory Commission began the long and arduous clean-up and post-accident analysis. The NRC approached the PSBR staff to assist with clean-up efforts and analysis of the partially-melted core and possible biological effects of the accident.

PSBR staff actively worked with the residents of the Harrisburg area and Citizen’s Monitoring Program monitoring radiation levels around the plant and answering questions about the possible biological effects of the accident. Back at Penn State, PSBR staff conducted experiments and analysis on safely removing the damaged core. Nuclear engineering faculty at Penn State developed a reactor vessel water gauge that allows operators to more accurately monitor coolant water levels and new radiation monitors based on studies of the TMI-2 accident. As the clean-up efforts continued into the 1980s, clean-up crews were trained at the PSBR. The research and support efforts of the PSBR and Penn State faculty helped to restore public confidence in nuclear power and positively impacted the nuclear industry. 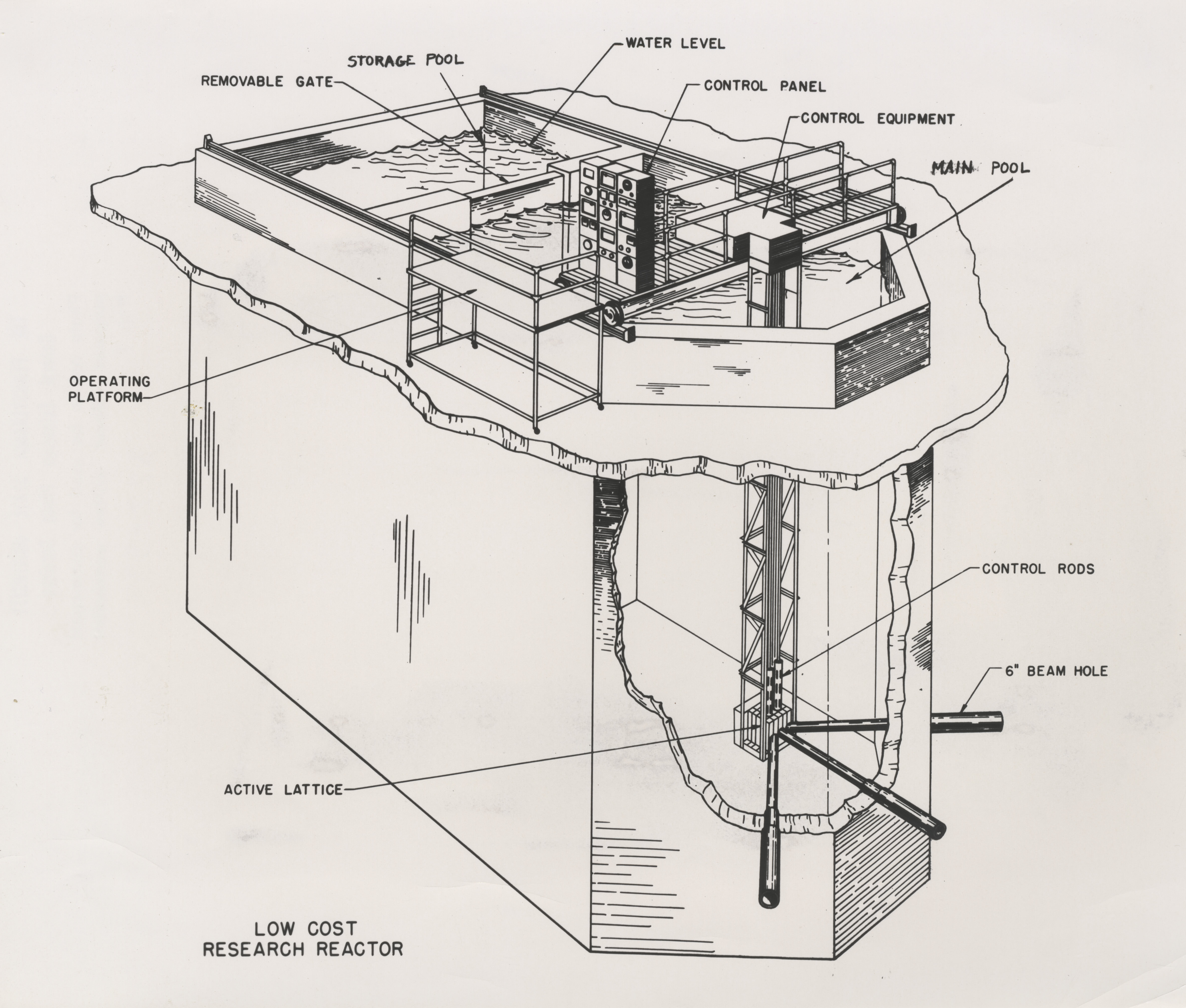 Penn State University Archives
This diagram shows the research reactor and a cut-away of the pool.

The rest of the 1980s saw numerous improvements to PSBR facilities. In 1986, the control equipment was modernized. There had been no improvements to the control room equipment since 1966 and the existing equipment no longer represented a typical reactor control room. The fallout from the TMI-2 accident highlighted the need for superiorly trained operators and better monitoring equipment. The new control room equipment would rely on microprocessors to collect data and monitor the reactor instead of readings from ammeters.

By 1987, nuclear engineering department head Edward Klevans and Radiation Science and Engineering Center director Marcus Voth made a proposal to Philadelphia Electric Company regarding funding for the new reactor control and monitoring system. On July 23, 1987, Philadelphia Electric Company granted Penn State $300,000 toward the project. Other contributors included the Commonwealth of Pennsylvania and the U.S. Department of Energy, bringing the grand total for the project to $500,000. The NRC approved the new control and monitoring system and began operation on Sept. 12, 1992.

More recently, the PSBR facilities continued to improve and expand. Since 2000, new research equipment like a neutron beam port, was added to expand the research capabilities of the PSBR. In 2005, the NRC renewed the PSBR operating license for another 20 years. The license renewal occurred around the same time as companies like Westinghouse, AREVA and GE announced plans for new reactors with revolutionary safety systems. The so-called “Nuclear Renaissance” has significantly increased the number of college students choosing to study nuclear engineering and science. Penn State University President Graham Spanier spoke at the Breazeale Nuclear Reactor 50th Anniversary and Rededication. 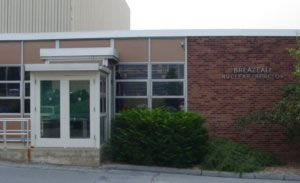 “Built originally at a cost of $308,000—and built entirely with University funds by University scientists and engineers—when this facility was dedicated 50 years ago, it was called a solemn occasion,” Spanier said. “Today, it is a celebration—a celebration of the tremendous contributions Penn State and its people have made to our nation. It is also a celebration of the many more discoveries that will be made here and the thousands more students that will benefit from study at Penn State’s Breazeale Nuclear Reactor.”

Since it began operation in 1955, the PSBR has made major contributions to the fields of nuclear engineering and science and has been recognized for those achievements. In 1991, the NRC named the PSBR a Nuclear Historic Landmark. In 2005, the PSBR celebrated its 50th anniversary and was recognized by the NRC and U.S. Department of Energy. From training thousands of operators to educating students from all over the world, the PSBR has had an enormous impact on the nuclear industry and the state of Pennsylvania. The improvements to facilities of the years and the revival of the nuclear industry have ensured Penn State will be a primary destination for talented students and scientists for years to come.