Booms, Blasts, and Cracks Heard 'Round the World

By Justin Gurley, supplemented by Christine A. Hawthorne

The Second Day of July 1776, will be the most memorable Epocha, in the History of America. I am apt to believe that it will be celebrated, by succeeding Generations, as the great anniversary Festival. It ought to be commemorated, as the Day of Deliverance by solemn Acts of Devotion to God Almighty. It ought to be solemnized with Pomp and Parade, with Shews, Games, Sports, Guns, Bells, Bonfires and Illuminations from one End of this Continent to the other from this Time forward forever more.
— John Adams, July 3, 1776 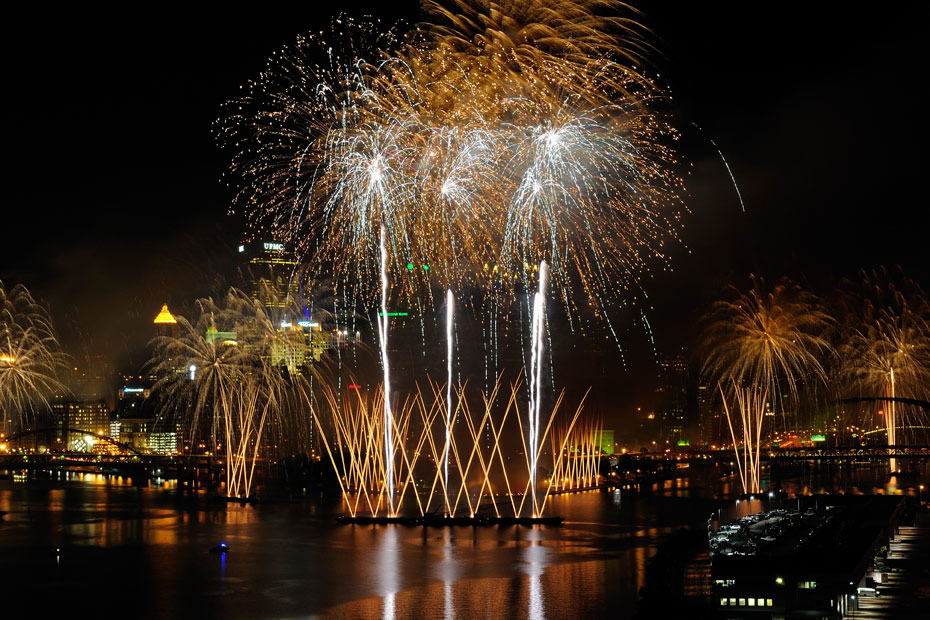 On the eve of the Declaration of Independence, one of the founding fathers of our country envisioned that future generations would remember the momentous day with a joyous variety of festivities. Today, the celebration of America’s Independence Day is often associated with barbeques, picnics, carnivals, and ceremonies. However, the most recognizable and anticipated aspect of the Fourth of July is the fireworks displays, or “illumination” as Adams put it, that light the night sky and close out the celebration of America’s birthday.

Dazzling and creative fireworks displays have become an integral part of these celebrations, and when in need of such displays, most of the country turns to the town of New Castle in Lawrence County, home to Zambelli Fireworks Internationale. Because of the various displays they have done, and continue to be done, throughout the country, the family-run company has gained a great deal of national recognition.

In 1893, Antonio Zambelli brought his family and pyrotechnic talent to America from Caserta, Italy. Approximately 40 miles northwest of the city of Pittsburgh, Zambelli settled his family in the town of New Castle. He chose this town for one reason; its four season climate reminded him of Caserta. It was in this small town of New Castle that Antonio Zambelli would build Zambelli Fireworks Internationale into an empire. Eventually the city came to be known as the “Fireworks Capital of America,” a moniker bestowed upon the town as a result of the fact that it once accounted for 25 percent of the nation’s pyrotechnics business. 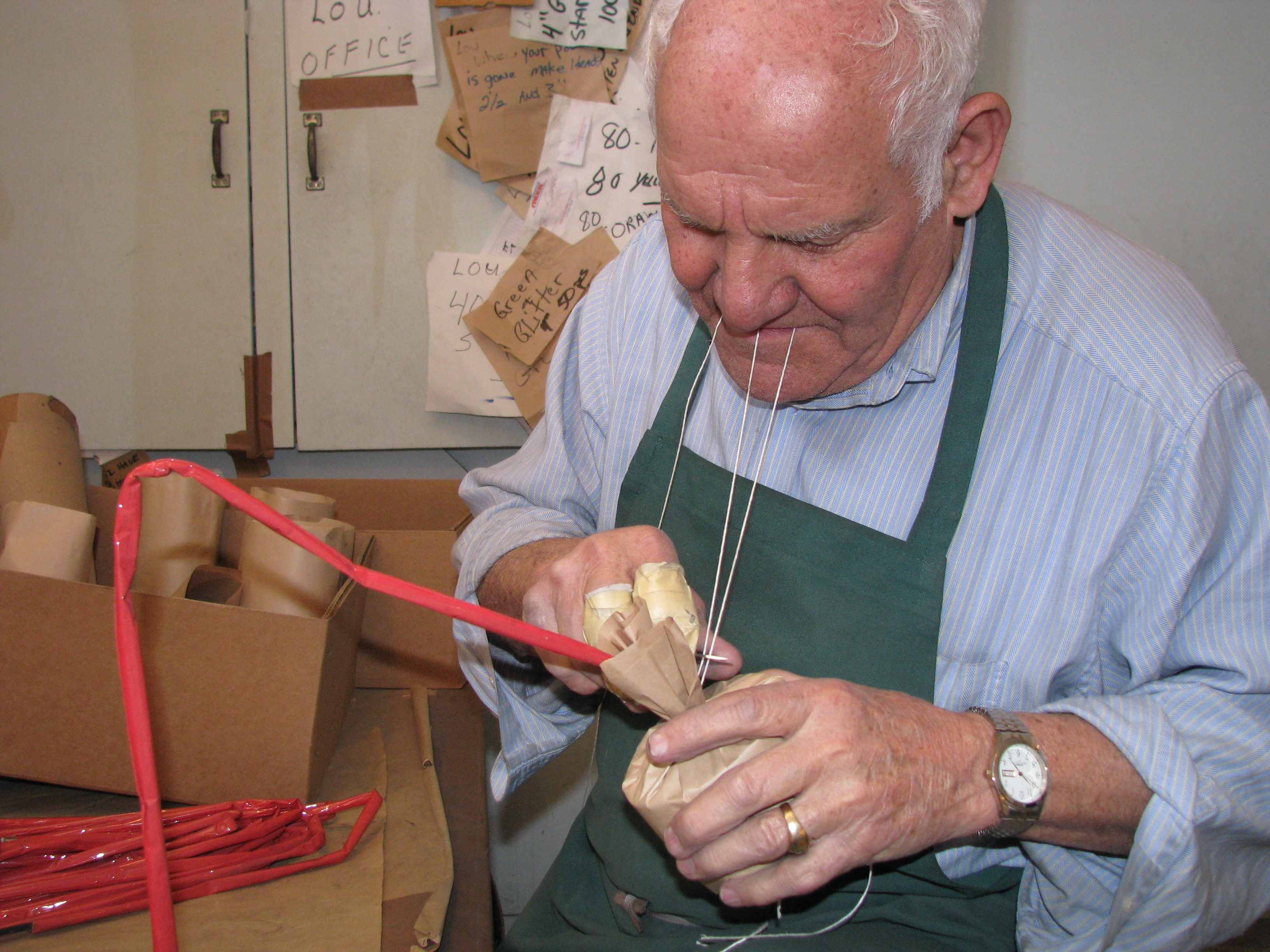 Among the rolling hills, behind the cover of towering trees and bushes, and concealed within closely guarded buildings and security borders, Zambelli Fireworks Internationale manufactures and stores their hand-crafted fireworks shells in 100 concrete buildings, 18 of which are built into the hillsides. From a 1,000 acre plot, Zambelli Fireworks Internationale has gained nationwide recognition as one of the pyrotechnic industry’s leaders. A dream that began in Caserta, Italy, has culminated in being the focal point of 3,500 celebrations, sporting events, and holidays countrywide every year. According to the late George Zambelli, Sr., “Fireworks are a family activity; they’re magic, and they take us back to the good times of our childhood and make us feel good about ourselves, if only for that moment.”

Virtually everyone has memories of staring into the night sky as bursts of color and thunderous booms filled the air, accompanied by “oohs” and “aahs” from those in attendance. Over the past 100 years, Zambelli Fireworks Internationale has evoked more oohs and aahs than most. With its hand-crafted fireworks shells, the company has unlimited creativity in its displays, which include an array of colors and bursts that can dwarf a city skyline.

While the company can be counted on to participate in numerous Pittsburgh events every year, they take pride in being able to create phenomenal fireworks displays for significant events or celebrations, as they did for the city of Pittsburgh’s 250th birthday celebration.

At 9:30 p.m. on October 4, 2008, Zambelli Fireworks Internationale un-leashed a thirty-minute display that broke the record for the most launch sites ever used for a fireworks display in the United States. From barges moored on all three rivers, PNC Park, the West End Bridge, five downtown buildings, and three “surprise” locations, the fireworks display, entitled “Imagine Pittsburgh,” was launched from 17 sites. “They ran events all day but, the highlight was one of the craziest fireworks displays ever. It is hard to explain how wild everything was. People were clinging to the side of Mt. Washington just to get a better view,” wrote David, a blogger for Blasfome.com. 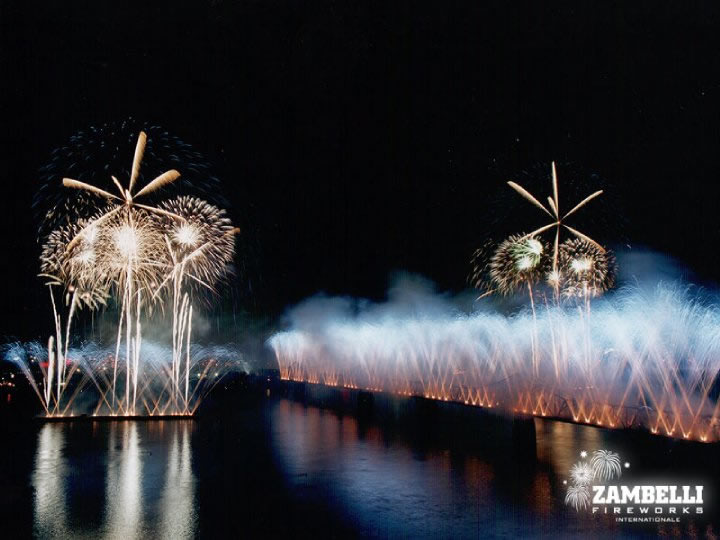 Zambelli Fireworks
Louisville, Kentucky saw this amazing display at the 2009 edition of Thunder Over Louisville.

Was this celebration the realization of the Zambelli family’s dream; to be the world’s largest manufacturer and exhibitor of fireworks? In the words of George Zambelli, Jr., chairman of Zambelli Fireworks Internationale, “This display is truly the fireworks extravaganza that my father had dreamed of for Pittsburgh.”

Zambelli Fireworks Internationale isn’t afraid to create record-setting displays on an annual basis, nor are they afraid to go beyond the borders of Pennsylvania. Every year, the Thunder Over Louisville event is coordinated to kick-off the opening ceremonies of the Kentucky Derby Festival. After 30 Zambelli Fireworks Internationale employees spend ten days preparing and organizing a load of fireworks shells that require 15 flatbed trucks to transport, the opening ceremony culminates with a pyrotechnic production that is, Thunder Over Louisville, the largest in America.

Larger than the opening ceremonies of the Atlanta and Barcelona Olympics combined, the thousands of people in attendance are reminded of why Thunder Over Louisville has been rated as one of the top 100 events in North America by the American Bus Association. The display is also broadcasted on July 4th to over 1 million military personnel stationed in 176 countries around the world.

In addition to being renowned for creating some of the most spectacular fireworks displays in history, Zambelli Fireworks Internationale is also known for putting on shows at some of the most popular landmarks across the country. One of these landmarks is in the Black Hills of South Dakota. Bearing the faces of George Washington, Thomas Jefferson, Theodore Roosevelt, and Abraham Lincoln, the most influential presidents in American history according to late sculptor Gutzon Borglum, Mount Rushmore is a masterpiece that was lit up every Fourth of July by the Zambelli family’s fireworks from 1999 to 2009. 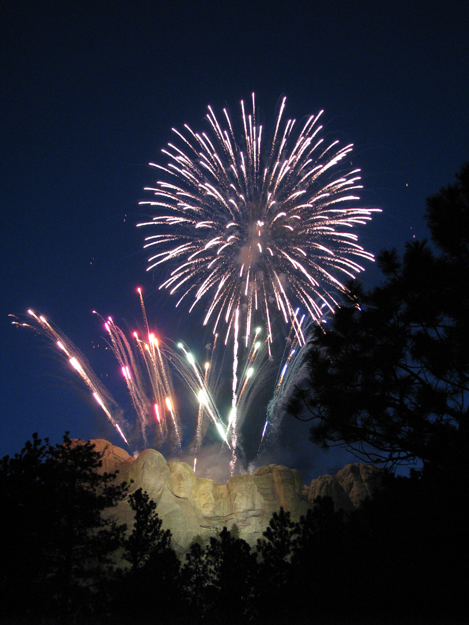 However, the impact of the company at Mount Rushmore is more than just entertaining visitors for an annual event. As the executive director of the Mount Rushmore Society, Diana Saathoff, stated, “We all understand that this event has a huge economic impact on the area, and it’s a sense of pride for South Dakotans.” Approximately 4.5 million people visit Mount Rushmore every year. The fireworks display on July 3rd draws about 35,000 people annually, while the celebration on Independence Day draws roughly another 28,000 people. Between June 7th and July 7th, the state of South Dakota gains an estimated $970,000 from national attention because of the fireworks displays at Mount Rushmore. Additionally, broadcasts of the events reached approximately 9.5 million viewers.

Unfortunately, Zambelli Fireworks Internationale’s involvement in the Independence Day celebration has been put on hold since 2010. Because the surrounding forest’s dwindling health, park officials believe the fireworks pose a great threat to the area. “What we know is that as long as the forest is in the condition it’s in, we’re going to be very cautious in what we do at the memorial. On the topic of the fireworks display, we’re being very cautious, making sure we protect our resources and our visitors, while at the same time providing programming for a national celebration,” said Duane Bubac, acting superintendent of Mount Rushmore National Memorial.

It is hard to imagine a historical landmark without a display from Zambelli Fireworks Internationale on the birth date of America. Bill Hornerkamp, president of Black Hills, Badlands, and Lakes, echoes the sentiments of South Dakotans and Americans alike by stating, “I doubt there is anything that will absolutely replace it.”

Has Zambelli Fireworks Internationale reached the point of being the world’s largest fireworks manufacturer and exhibitor? Although they were credited as the largest manufacturer and exhibitor in 2003, it is unclear if they have the distinction of being the best. As Irish novelist Margaret Wolfe Hungerford once wrote, “Beauty is in the eye of the beholder.” Though this holds true in most cases, the loss of the contract for the 2009 Pittsburgh Regatta and Fourth of July celebration to Pyrotecnico, another fireworks company located in New Castle, may provide the company with the motivation needed to become the best. Furthermore, crosstown rival Pyrotecnico won the 2008 Gold Jupiter Award at the International Montreal Fireworks Festival, establishing itself as one of the elite fireworks exhibitors in the world. Upon losing the contract for the Pittsburgh Regatta, George Zambelli, Jr. replied, “Competition never hurts. It keeps us on our toes. We’ll be back.” 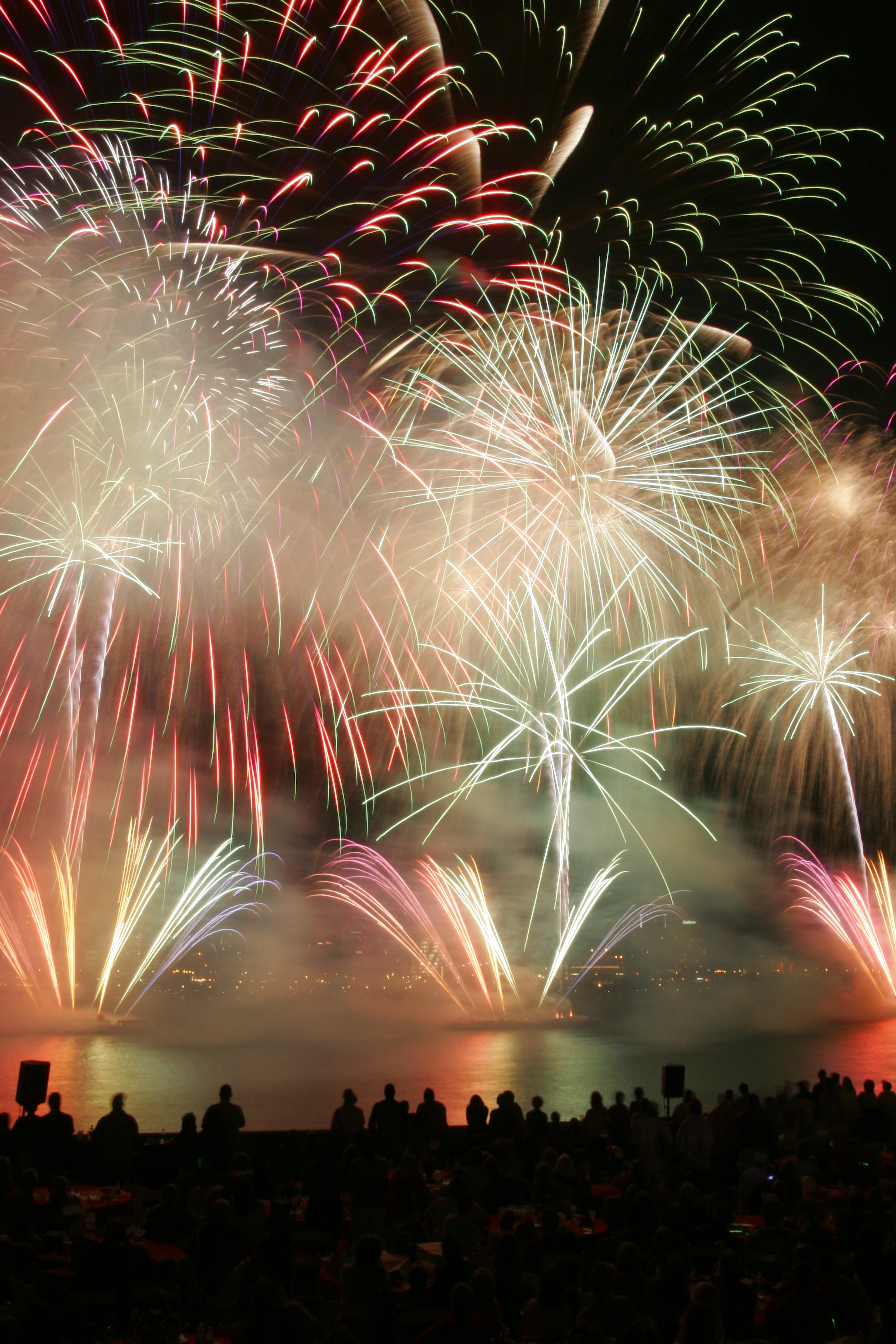 To keep up with their competition and a highly technological era, the company has instituted innovative changes. Their hand crafted fireworks shells have gone from being manually lit, to being launched into the night sky through the use of computers, creating breath-taking displays that captivate millions of Americans across the country every year. Not only that, but the company has become well-known for blending music and fireworks together, creating a mind-blowing display of symphonic color. In 2009, Zambelli Fireworks Internationale paired lively music with vibrant bursts of pyrotechnic color for the Colorado Rockies grand finale at Coors Field.

From the countless displays in Pittsburgh to the 1991 Desert Storm Homecoming Parade in Washington D.C., Zambelli Fireworks Internationale has come a long way since Antonio Zambelli brought his dream to the small town of New Castle. The ever-growing company has brought John Adams’ visions of “Illuminations from one End of this Continent to the other from this Time forward forever more,” to life.

The Center wishes to thank Sandy McStay of Zambelli Fireworks for her help illustrating this article.