A "Jewel" in the Sea of Progress: Heart's Content

Why is it that conservation is so rarely practiced by those who must extract a living from the land? It is said to boil down, in the last analysis, to economic obstacles. Take forestry as an example: the lumberman says he will crop his timber when stumpage values rise high enough, and when wood substitutes quit underselling him. He said this decades ago. In the interim, stumpage values have gone down, not up; substitutes have increased, not decreased. Forest devastation goes on as before. I admit the reality of this predicament. I suspect that the forces inherent in unguided economic evolution are not at all beneficent. Like the forces inside our own bodies, they may become malignant, pathogenic. I believe that many of the economic forces inside the modern body-politic are pathogenic in respect to harmony with land.
— Aldo Leopold: Round River 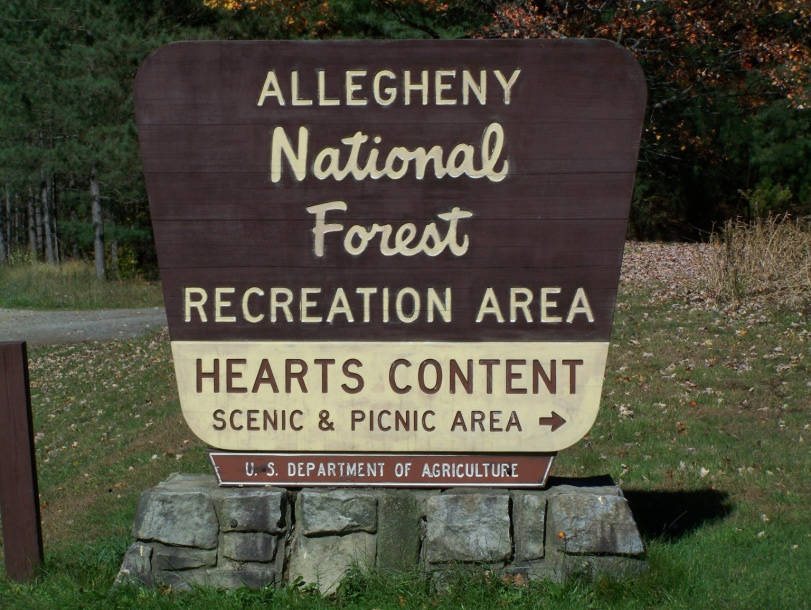 Shane Brenneman
Heart's Content is one of the few areas of virgin timber left in the eastern United States.

When William Penn founded Penn’s Woods it was rich in value and opportunities. The land was fertile and The Early Lumber History of Pennsylvania claims that over 90% of the 20 million acres was covered with beautiful Eastern white pine and Eastern hemlock forests. These vast forestlands provided early settlers with nearly everything they needed to survive in a time before there were hardware and grocery stores. Timber cleared to create farmland could be used to construct houses. Wild game such as elk and deer were abundant and offered valuable commodities beyond just food. Progress was the name of the game back then, for without progress there was little hope of making a life.

“Progress” continued for centuries following the settlement of Pennsylvania through the Revolution and countless battles. One thing that remained constant was the seemingly endless opportunity and productivity that the forest had to offer. The northern tier of Pennsylvania had the best there was to offer, a vast supply of timber. With the growth that came with the birth and beginnings of a new country, the timber industry grew substantially. The book Images of America: Warren stated that lumbering was one of the first industries that really took off in Warren County. The same can be said for most other small towns across the upper half of the state. Workers would harvest the timber using primitive saws and use horses to haul them out of the woods and to the rivers.

The constant demand for timber came primarily from people in Pittsburgh, Cincinnati, and sometimes as far as New Orleans, rather than from the people in the surrounding area. Business owners today can simply call up the closest hauling truck agency and have products shipped to customers within days. The men of these times however had to bundle the logs and float them down rivers, taking care of them on every mile of an often very dangerous journey. Upon completion, there was no flight home; instead a second journey was undertaken, a long trek back to the mountains to repeat the cycle. 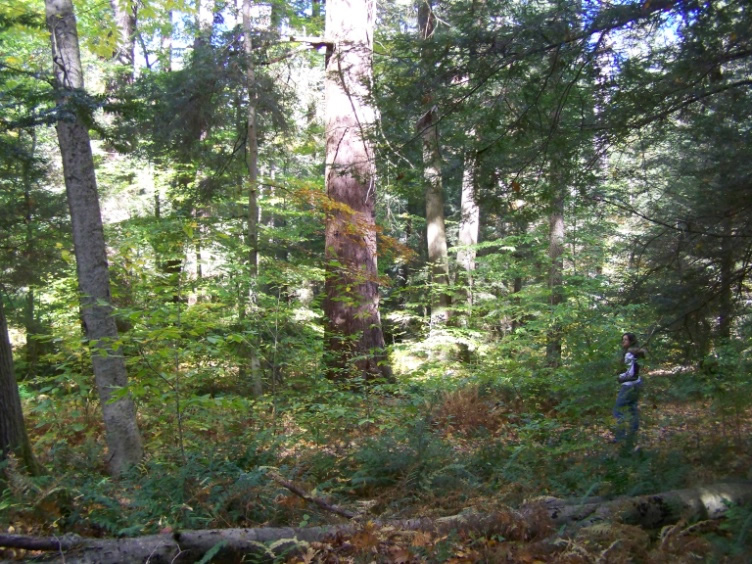 Shane Brenneman
Hemlock trees, like this one, were cut down because their bark was used in the booming tanning industry of the 19th century.

The ever-growing cities of America needed lumber for progress. Eastern white pine was ideal for the masts in the construction of ships for the nation’s new navy and commercial fleet. Chemicals taken from the bark of hemlock trees provided the best curing solutions for tanned hides in the fur industry, and the wood’s hearty nature was particularly good at fighting off rot. As a result as many as 100 saw mills appeared in the county according to the Niles Register provided by the Warren County Historical Society on April 16, 1863. These mills employed over 1,000 men and produced 45 million feet of saw logs annually, in addition to the immense quantities of shingles and lath. “Yet, the forests are hardly touched,” the Register claimed.

How long can progress go unbridled? When it comes at the expense of forestlands it is but a split-second in time. The forest industry in Pennsylvania hit its peak in the early 1800’s and by 1920 “the seemingly endless forests had become history” according to The Early Lumber History of Pennsylvania. When the timber was gone, the companies that had made fortunes on the trees they had milled packed their bags and moved onward to the Lake States and the Pacific Northwest. The entire state was practically one continuous clear-cut. More progress in the form of railways caused problems, igniting the debris from tree tops with sparks from metal on metal grinding of the tracks, causing massive fires across the landscape. Trees that took hundreds of years to grow were destroyed. The primary evidence we have of their existence are old relic stumps that have resisted deterioration in the understory of our current forests.

Major progress in conservation began to take hold in our nation’s capital around the same time Pennsylvania’s forests were being depleted. Conservationists like Gifford Pinchot, Aldo Leopold, and John Muir were instrumental in creating awareness among the public and were considered the “Fathers” of what we now know as conservation. They wrote books, founded conservation organizations, and influenced political leaders that forestland and wilderness needed to be preserved for future generations to experience. Gifford Pinchot acted as Chief Forester of the U.S. Forest Service in 1898 under Theodore Roosevelt and as Governor of Pennsylvania in 1922 for two terms. Over 200 bills regarding land use were discussed in the Forest Reserve Act of 1891 and the Forest Management Act of 1897. These new laws were instrumental in the creation of our National Forests and the United States Forest Service. In 1911, Congress passed the Weeks Act that enabled the purchase of the Allegheny National Forest. The area purchased was in such a poor condition from over harvesting that it was referred to as the “Allegheny Brush-Patch” and reforestation was doubtful. 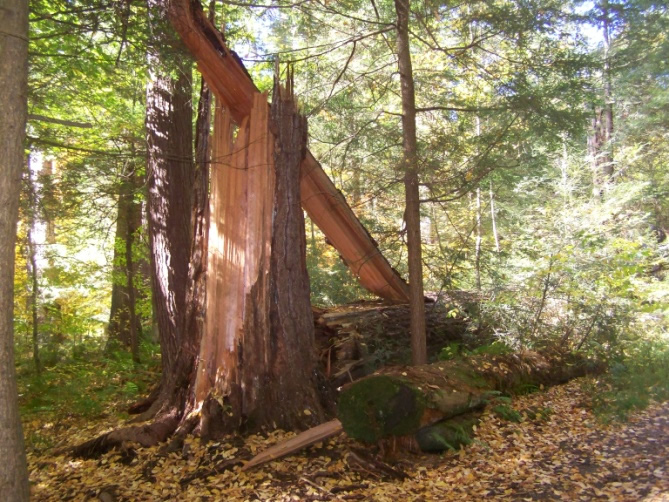 Shane Brenneman
Few trees in most forests ever get large enough to fall on their own.

In the midst of the timber boom, the Wheeler and Dusenbury Lumber Company designated a 20 acre parcel of company land to be left untouched in 1897. The white pine and hemlock virgin forest must have stuck out like a sore thumb on such a barren landscape. The area referred to as “Heart’s Content” was deeded over to the United States Forest Service in 1922 because of its ecological and historical importance. Over the next several years, the Forest Service was able to purchase an additional 102 acres around the old growth stand with the help of The State Federation of Pennsylvania Women. The area was designated as a “scenic area” in 1934 by the Chief of the Forest Service, Ferdinand A. Silcox. In 1977, the Heart’s Content Scenic Area was made a National Landmark by the National Park Service and was considered a “jewel” of the forest by U.S. Representative Joseph Ammerman (D-PA). “Those who might not believe in God might be constrained to stop and reconsider,” Ammerman stated, speaking of Heart’s Content at the dedication ceremony.

In its prime, the canopy of Heart’s Content was filled with huge swaying tree tops of enormous pine and hemlock, with scattered gnarly American Beech mixed in, some estimated to be 300 to 400 years old. The forest would have been very dark, only allowing light through where there was a gap when one of the old giants finally lost its battle with the wind. These gaps provided opportunities for the plants on the forest floor. In these gaps under these mammoth trees, an array of forest herbs, shrubs, and new trees to take the older ones place in the next hundred years grew and flourished. Low deer populations due to the over hunting during the same time as the timber harvesting roar allowed vegetation to grow without impedance. White-tailed deer populations were once so rare that they had to be reintroduced to the wilds of Pennsylvania by the PA Game Commission, and are now considered to be nuisance animals in some areas. The area that was purchased surrounding the old growth stand was in poor condition like much of the rest of the state. Pine plantations were planted in 1958 to help retain the integrity of the land and have provided a great deal of environmental services to the land. 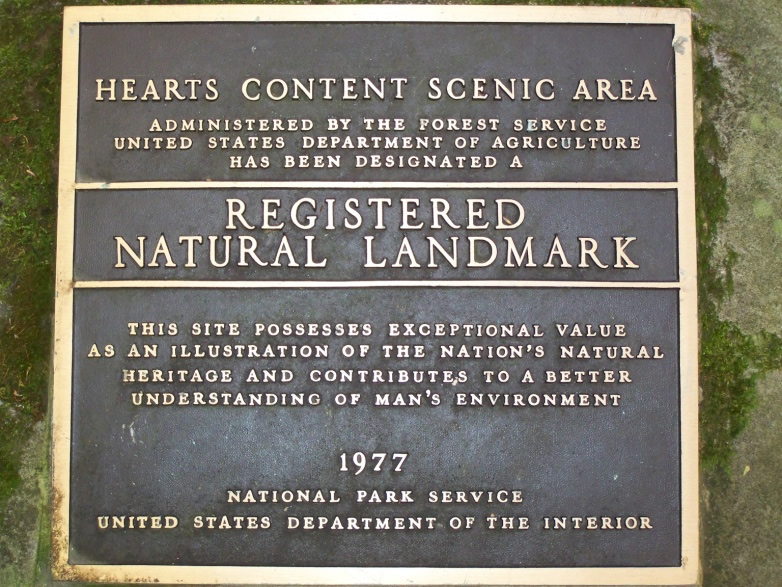 Shane Brenneman
The preservation of virgin timber was commemorated with this Natural Landmark plaque.

The original 20 acres of Heart’s Content remains untouched by humans except for the hiking and skiing trails that provide recreational opportunities and information for visitors. However time has taken its toll on this colossal stand of timber. Insects and disease progressively degrade the 300-400 year old trees, eating away at what is now one of the only virgin timber stands on the eastern half of the United States. Large poles of dead hemlock and white pine trees still standing will soon meet their ancestors on the forest floor as the beckoning of the wind continues to reach out to them. No longer do the herbs and shrubs of years past survive in the gaps. White-tailed deer have begun to overpopulate the area, browsing on the understory, leaving nothing but hay scented fern as a carpet for the forest floor. Regardless, Heart’s Content is still a “jewel” of Pennsylvania’s history in the State’s only National Forest that was preserved through the depredations of progress.

The timber industry is still alive and well in Pennsylvania. The forests continue to provide residents in small communities with jobs. However, we now realize what can happen if we do not conserve our natural resources. Heart’s Content stands as a reminder of what can happen if we let progress and economics alone dictate how we live our lives.