A Park Built on Tradition, Family, and Food 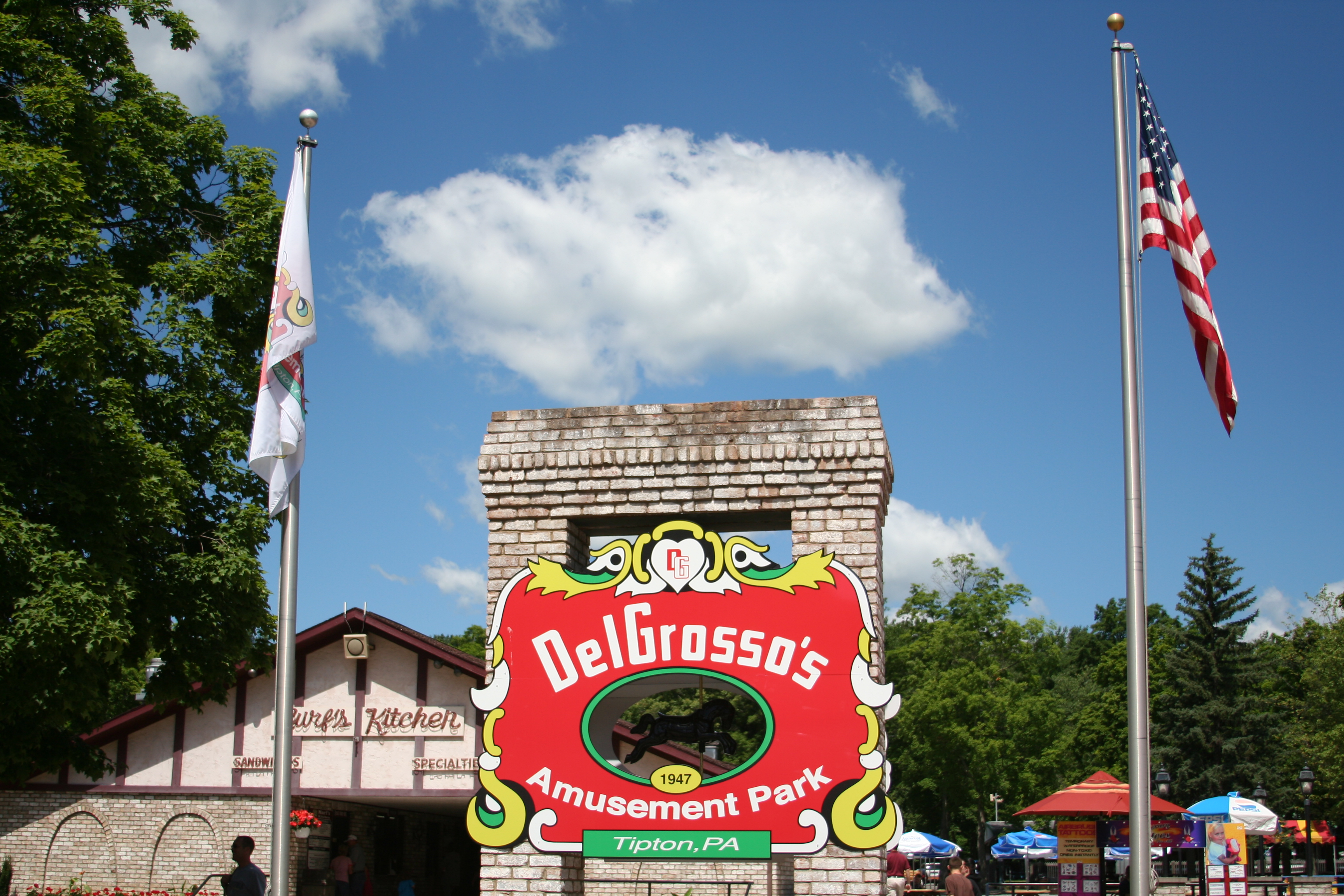 Julie Agee
This gateway has seen thousands from Blair County and beyond enter and enjoy days of traditional fun.

Laughter and squeals of excitement ring throughout the amusement park. Lights flash brightly while a snare drum, trombones, violin pipes, and more play from the band organ at the carousel. The 1980s hit song “Take On Me,” by A-Ha, can be heard playing from “Space Odyssey,” the park’s caterpillar ride. Tantalizing scents fill the air from the high-quality Italian food DelGrosso’s park is known for. These sights and sounds are meant to remind visitors of when they first went to an amusement park with their families. The excitement of amusements parks has been a traditional recreational activity for American families for over a century. DelGrosso’s Amusement Park, in Blair County, carries on this “Family Tradition” by providing an experience as unique as its historical rides and family recipes.

The park has maintained its family feeling since its beginning. In 1907, Fred Bland Sr., President of the First National Bank of Bellwood, opened up his farm to the community of Tipton, Pennsylvania. The Rinard brothers entertained families in the local community with their carnival that year. They continued to do so into the Roaring 20’s, a time of social and creative expansion in the United States. In 1919, twelve years after Bland first opened his land to the community, Bland re-opened his land as an amusement park called Bland’s Park. Its features included a picnic grove and a dance floor. 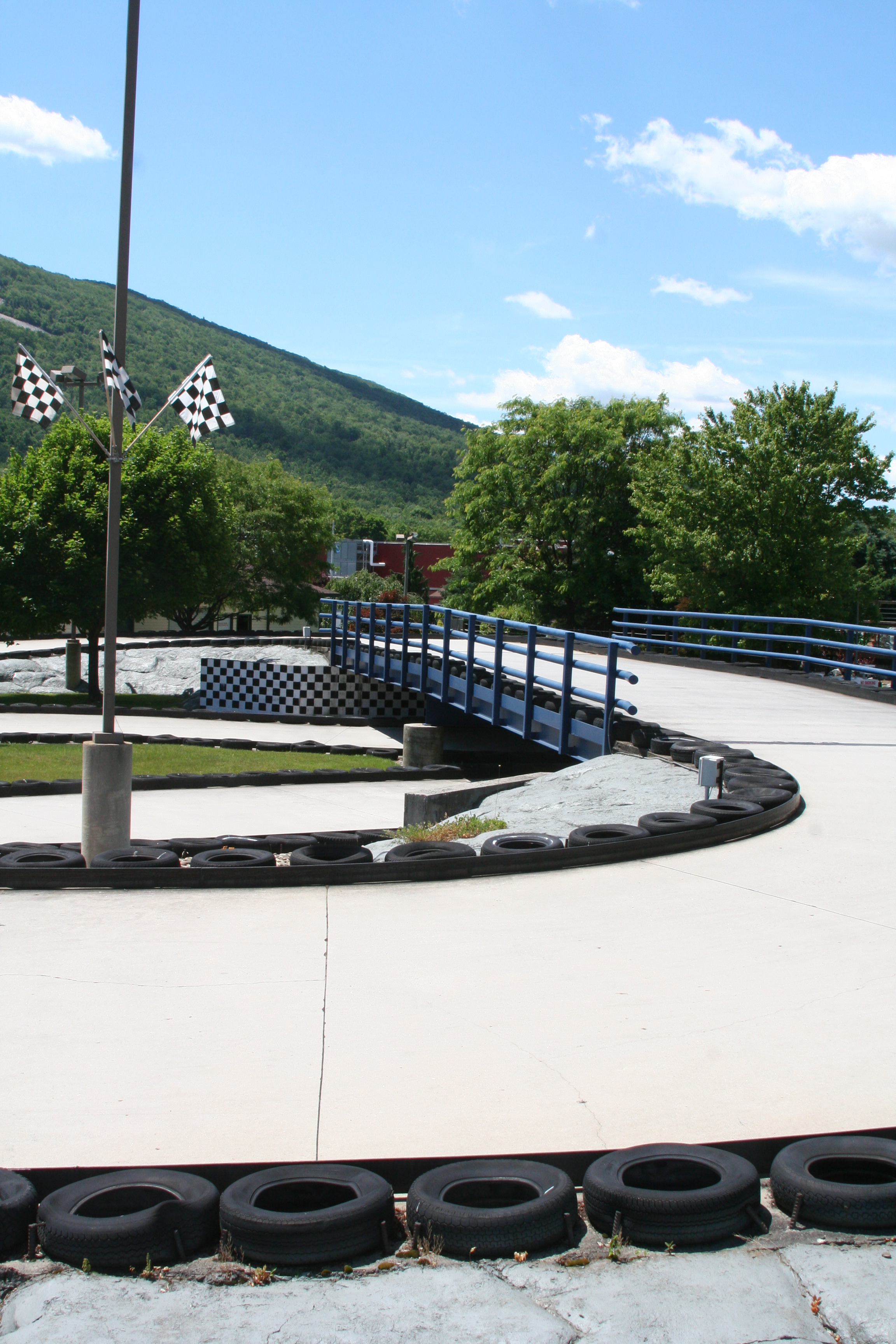 Julie Agee
The Tipton Speedway ride pays tribute to the nearby raceway from the 1920s.

The nearby Altoona Tipton Speedway, located just up the road, helped increase the popularity of Bland’s Park. Adams and Chinnici report that in the early years of the speedway, “Hotels in Tyrone were booked months in advance in anticipation of the 55,000 attendees.” After traveling to the speedway, tourists often decided to visit the Bland’s Park as well. Due to this success from the speedway, Bland was able to purchase the park’s first permanent ride, a carousel, in 1924. Unfortunately, the race track soon began to suffer from the onset of the Great Depression. Only a few years after its opening in 1923, the speedway was in need of great repair. The speedway was dangerous for drivers. Carl Crider Jr., general manager of DelGrosso’s Amusement Park, explained that three Indianapolis 500 winners died in car wrecks at the speedway. The expenses of the repairs proved to be too great and the speedway closed in 1929 as the Great Depression began to impact America.

George Rinard, one of the Rinard brothers who had brought the carnival rides to Bland’s Park each year, purchased the park from Fred Bland in 1928. Still prosperous from the popularity the Altoona Speedway provided, Rinard immediately added attractions to the park. His additions to the park included a roller rink, a bowling alley, and a dance pavilion. Unfortunately for Rinard, the Great Depression began to affect them as well as they entered into the 1930s. The park’s growth hit a delay. The Speedway’s closing in 1929 and the decrease in traveling and recreational spending by the American public hurt the park’s business. However, the park’s community- and family-based values helped the park to stay afloat. Crider Jr. believes that the park was able to remain open because, unlike the Altoona Tipton Speedway, Bland’s Park was a small venue, small enough to remain localized and un-reliant on people traveling from far away to visit the park. The surrounding community continued to take their families to the park, helping to keep it open throughout those difficult years.

In the early 1940s, Fred and Mafalda DelGrosso owned a local restaurant in Altoona, Pennsylvania, where they produced spaghetti sauce. They quickly became known for serving the “best spaghetti dinner in town.”  Fred DelGrosso saw potential for a successful manufacturing business and purchased Bland’s Park in 1946 to turn that potential into a reality. He immediately built a kitchen in the park and began experimenting with the original recipe. Anne Pulling remarks that through this purchase, “A small business took root, and DelGrosso’s Spaghetti Sauce branched into the commercial world.”

Over the years he continued to expand the kitchen as their production of sauces increased. His family ran and operated the park and continues to do so today. Carl Crider Jr., the current general manager, is DelGrosso’s grandson. Crider Jr. explained that the mission statement his grandfather set in place is to “Provide high quality food and family entertainment in a clean, safe, and friendly environment at a fair price.” He further explains that the park and sauce have a connection that has helped both aspects of their business remain successful. In 1979, DelGrosso Foods moved into a state of the art facility across the street from the park. The success of the sauce and their new facility allowed for the growth of the amusement park in the following years. Jim Futrell reports that Bland’s Park was able to kick off “a five-year, $2.5 million improvement program.” Julie Agee
Kid's Kingdom at DelGrosso's is a special realm for the smallest of children.

Throughout the 1980s and 1990s, DelGrosso rebuilt the park’s infrastructure and added new rides for both adults and kids, focusing on cultivating the family friendly atmosphere the park began with. Until 2001, the park was named Bland’s Park. With the park becoming more successful, DelGrosso choose to rename the park “DelGrosso’s Amusement Park.” New to the park was “Kid’s Kingdom,” an area full of rides perfect for young children. It is an area that parents are able to feel comfortable sitting down while their children adventure off excitedly to each ride. Three additional major attractions were added across the street from the park. The first two include the “Tipton Waterworks and Rapids” and the “Championship Miniature Golf Course.” The third, the “Altoona-Tipton Speedway” go-kart course, embraces the history of the park and embodies the Altoona Tipton Speedway that once existed there.

Two other attractions at the park are worth noting for their historical significance. The first is the park’s caterpillar ride, “Space Odyssey.” Caterpillar rides were originally designed by Hyla F. Maynes of New York. The ride is a circular track with humps and a string of cars following the track. Caterpillar rides are surprisingly rare. Many of the originals had not been maintained enough to stay in operation. There are only six original caterpillar rides still in operation in the United States; “Space Odyssey” is one of them. Purchased in 1970 from the struggling nearby Lakemont Park, DelGrosso repaired the ride and opened it to the park in 1983. To give the ride a modern appeal, it has been enclosed so that the only light indoors is the rotating and flashing disco ball and lights. The vehicles are designed to look like space shuttles to give the effect that they are flying throughout space during the ride. Techno music plays to add to the futuristic feel of the ride. 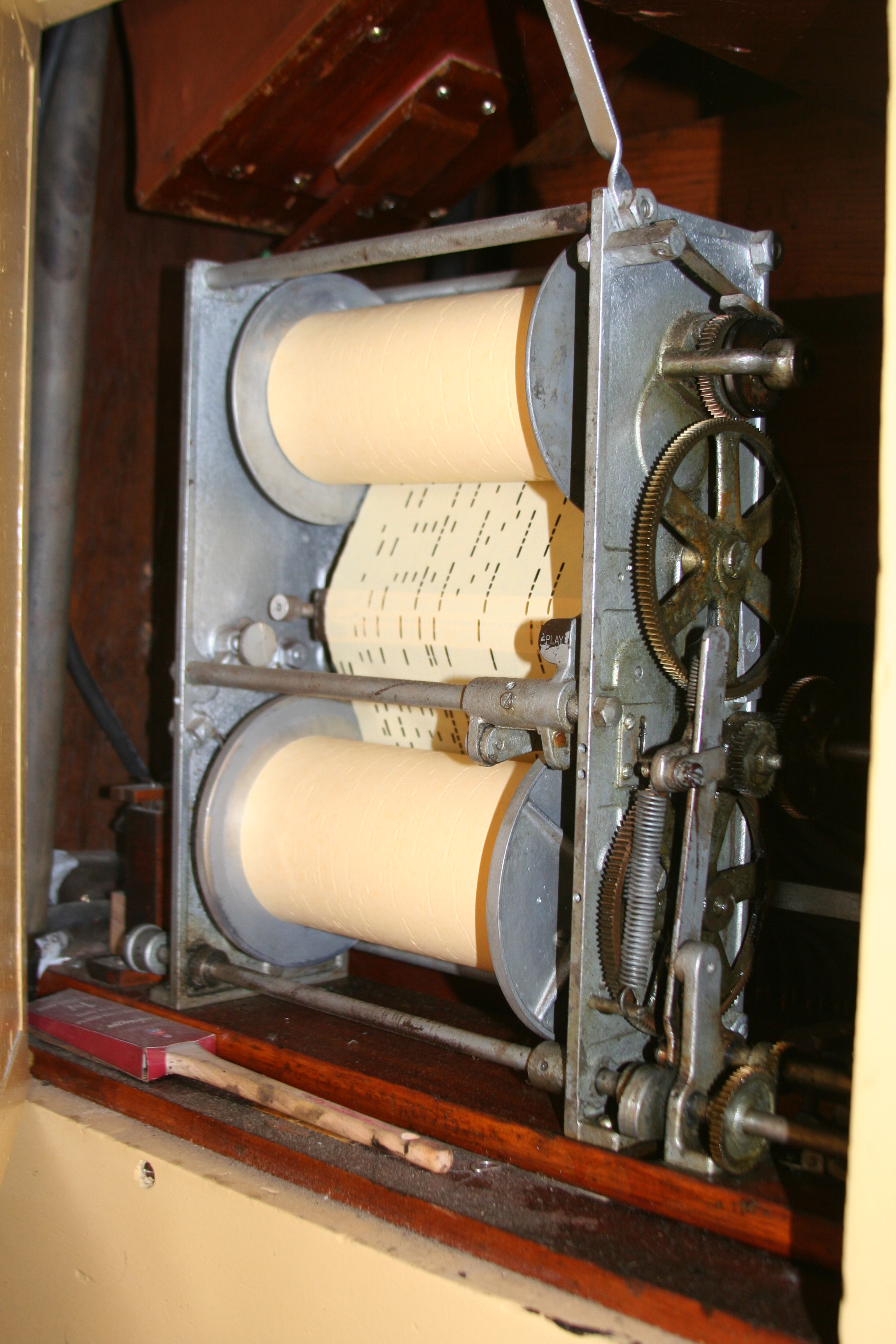 Julie Agee
The Wurlitzer 146B Military Band Organ is one of the landmarks of DelGrosso's. Here a vintage paper music roll is seen.

The second attraction worth noting is the carousel Fred Bland purchased in 1924. This attraction, made by artisans of the Herschell Spillman Company of North Tonowanda, NY, contained three rows of thirty-six hand carved carousel horses and a military band organ. In addition to the horses, there are also two hand-carved chariots. In his article discussing the National Carousel Association’s 2005 Convention, Carles Jacques Jr. describes the two chariots, “One shows Mother Goose carved in relief, and the other has an American Indian with a bison head carved on its side.” The band organ is a Wurlitzer 146B Military Band Organ. It consists of a brass and snare drum, three wooden trombones, sixteen octave violin pipes, fifteen wooden trumpets, and brass, flute, and melody pipes. The organ is played by paper rolls. DelGrosso’s Park is proud to own two original Wurlitzer rolls and twenty recently cut rolls. While carousels such as these were common in the early 20th century, many have not stood the test of time. By preserving one of the few remaining Herschell Spillman carousels, DelGrosso’s Park has exhibited a strong belief in the importance of history and tradition. For this, DelGrosso’s Park has received an Award Plaque for their antique carousel twice, in 1988 and 2005, from the National Carousel Association.

One final thing that DelGrosso’s Park is known for is its food. Jim Futrell writes that “Few parks can match DelGrosso’s for its high quality, reasonably priced food.” Since Fred DelGrosso purchased the park in 1946, he experimented with recipes and grown the business from just a kitchen to a large manufacturing plant. The food at the park includes many of their family’s recipes, including the sauces used to make pizzas and Mafalda DelGrosso’s famous potato salad. Every Wednesday, the park features its pastas throughout the day. On these days, there are incredibly long lines wrapped along the dining area in the park. Futrell goes on to say that visitors should “Go hungry, and don’t miss the pizza and potato salad.”

DelGrosso’s Amusement Park has been recognized for its food, attractions, and historical significance. The park contains uncommon original rides including its carousel and caterpillar ride, both manufactured by Allan Herschell. It has been in operation since Fred Bland first held carnivals for the community over 100 years ago, surviving times of war and economic depression. Finally, there are signature foods. So, the reason this park is such an important part of Blair County, Pennsylvania? Carl Crider Jr. sums it up in his belief that the park is important because “It’s tradition.” He states, “We are family owned and oriented, and the connection between our sauce business and the park provide a unique experience for families.” 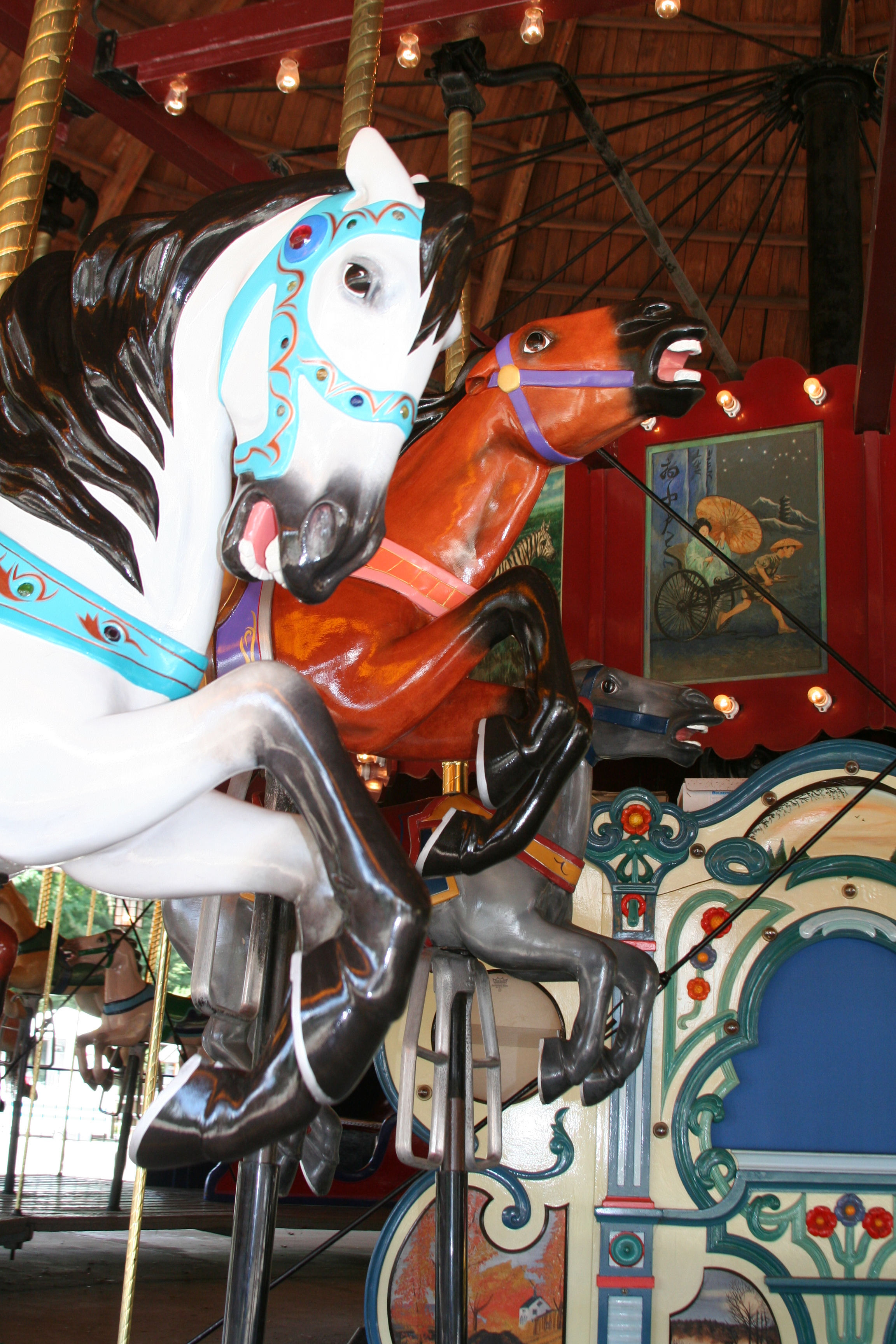 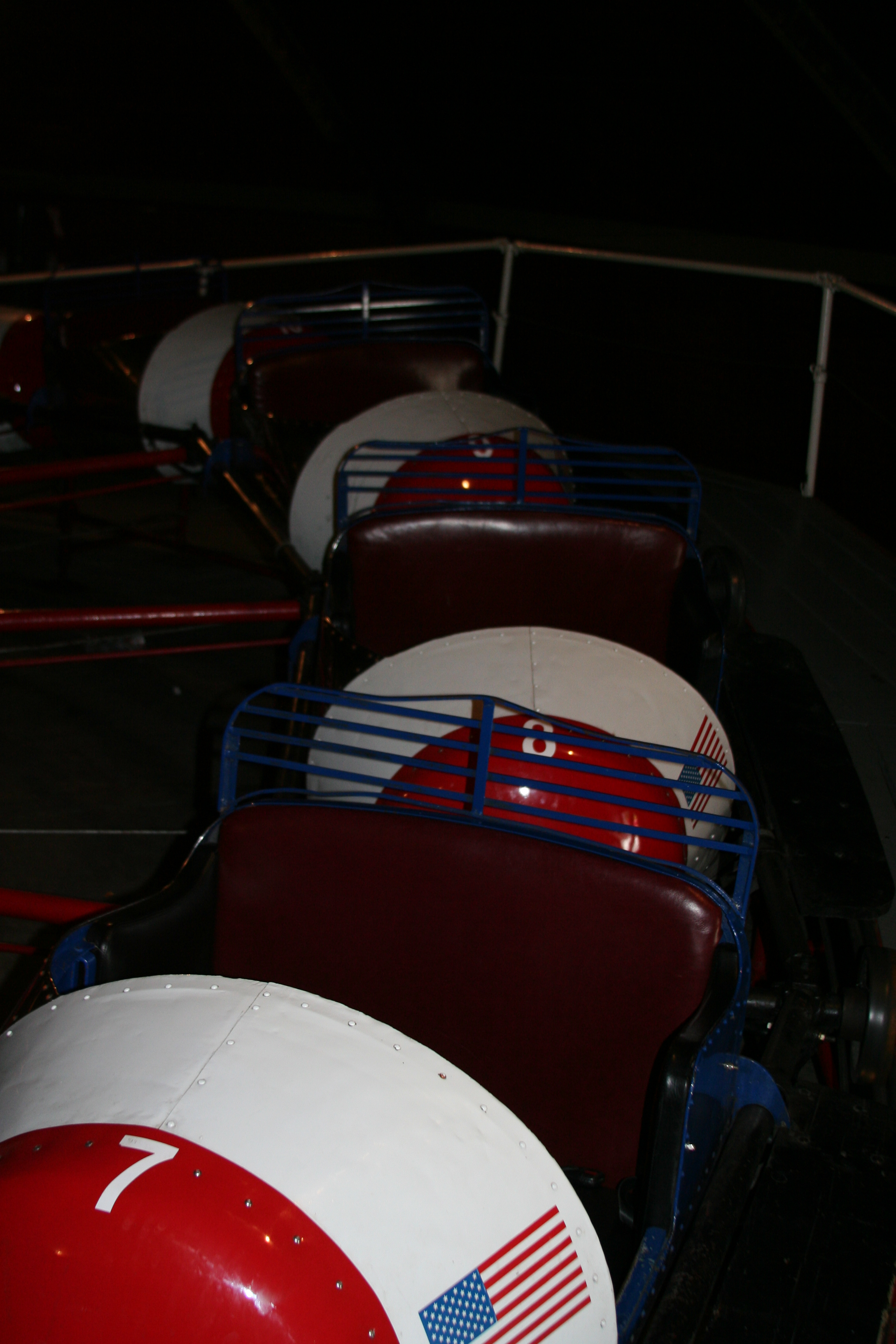 Julie Agee
Space Odyssey is one of the few caterpillar rides still working in the United States. 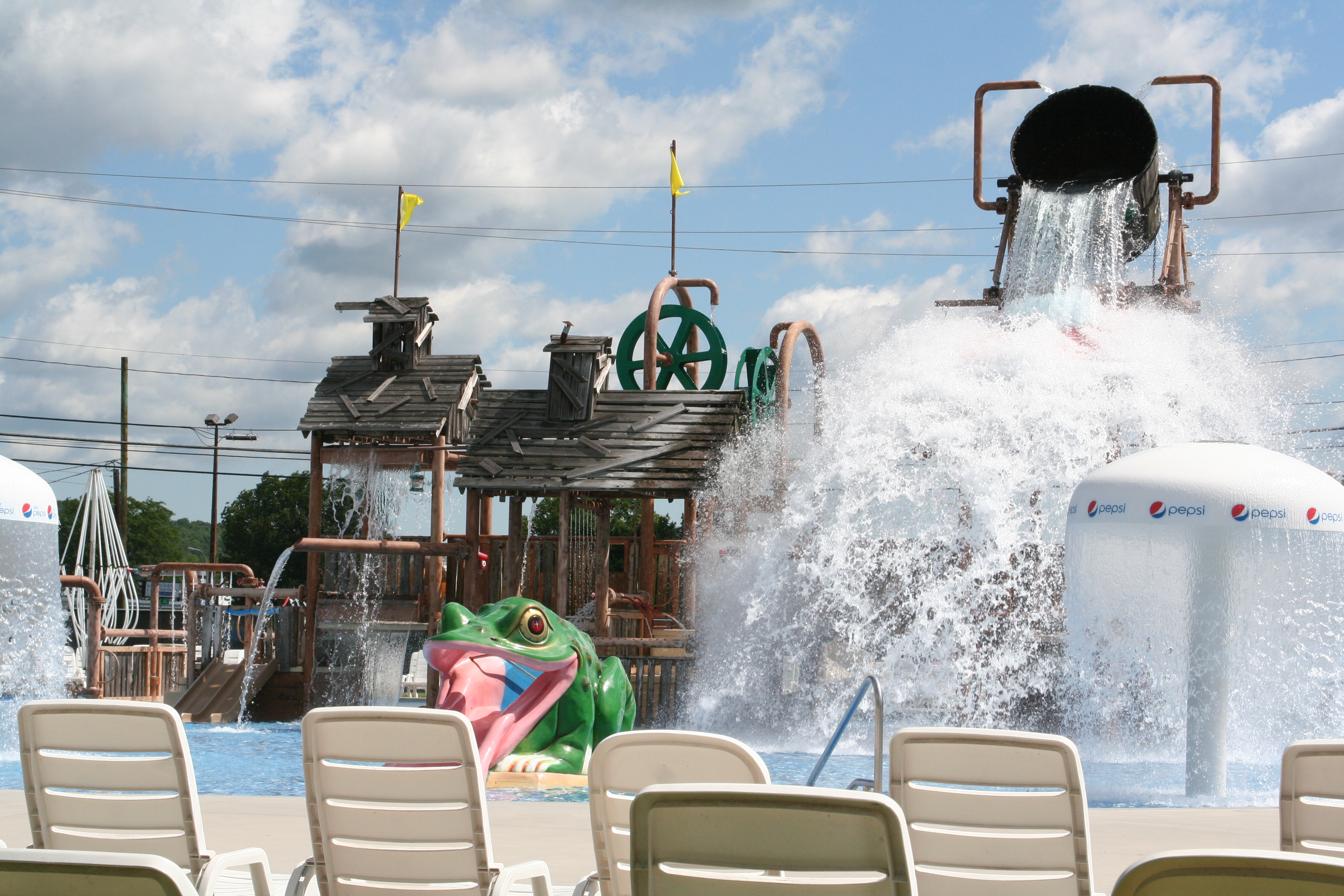 Julie Agee
Like most amusement parks, Del Grosso's has water attractions; this is the Tipton Waterworks. 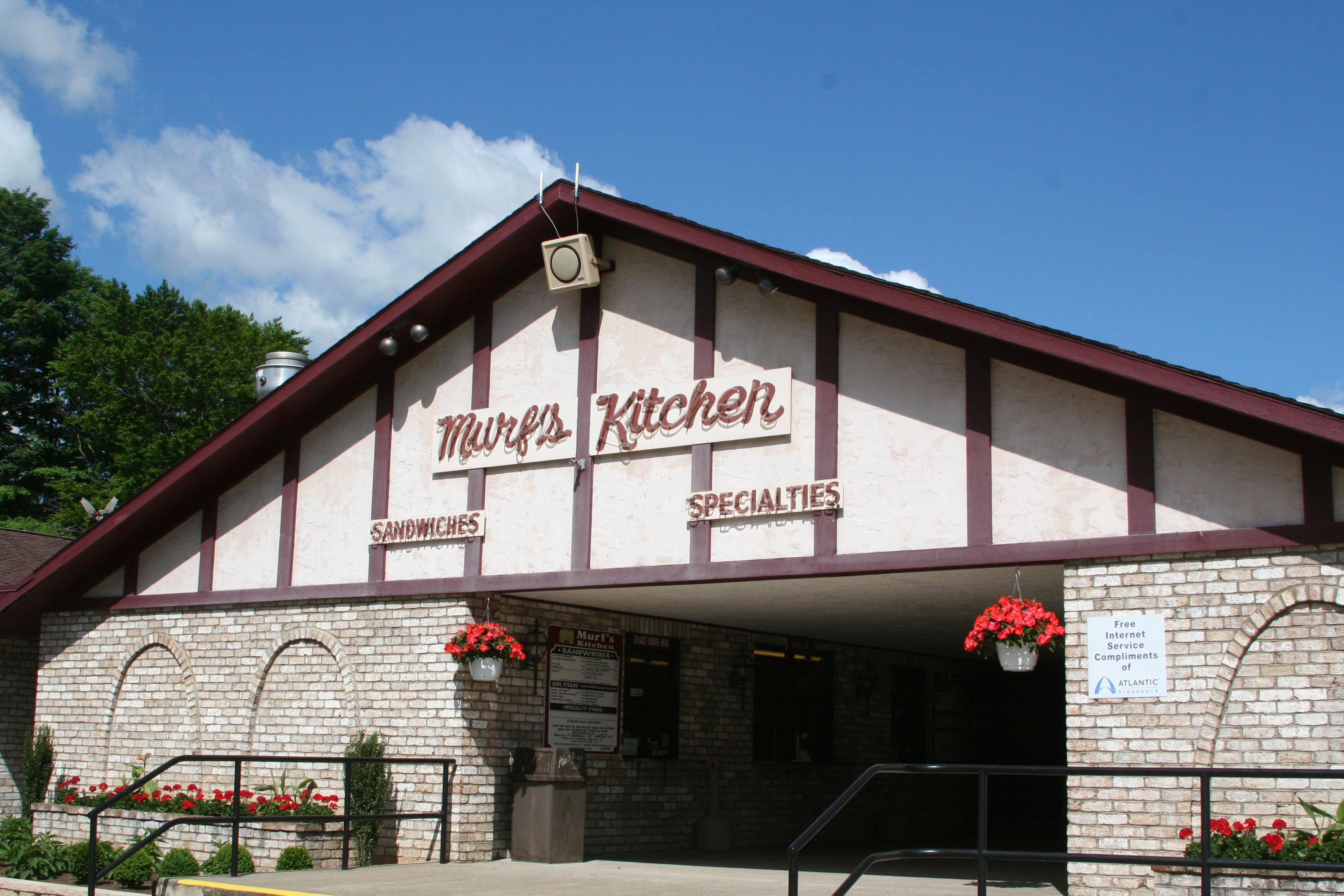 Julie Agee
Murf's Kitchen is home to the Italian sauces and the homemade potato salad that Del Grosso's customers crave. 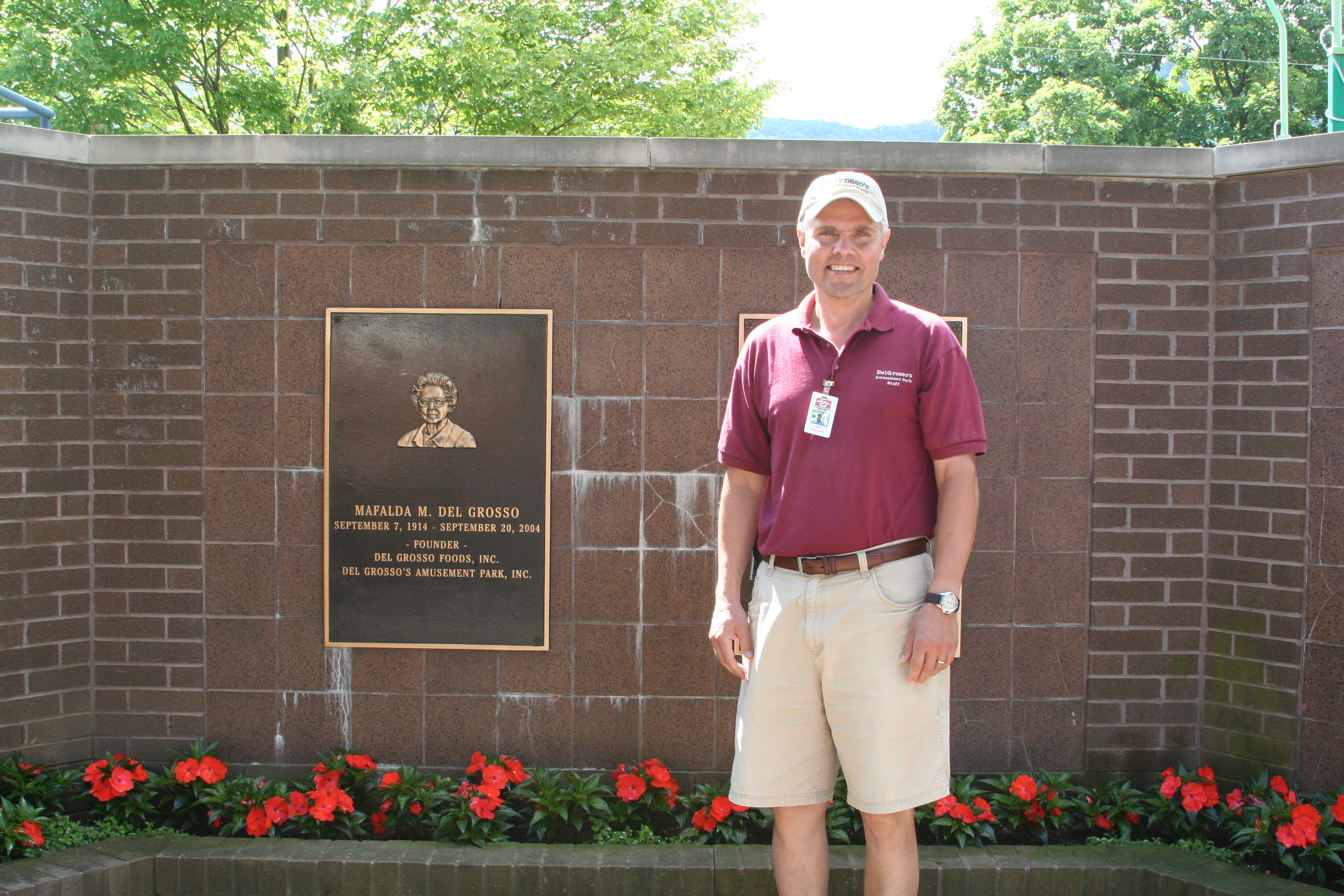