Put Some Philly On It 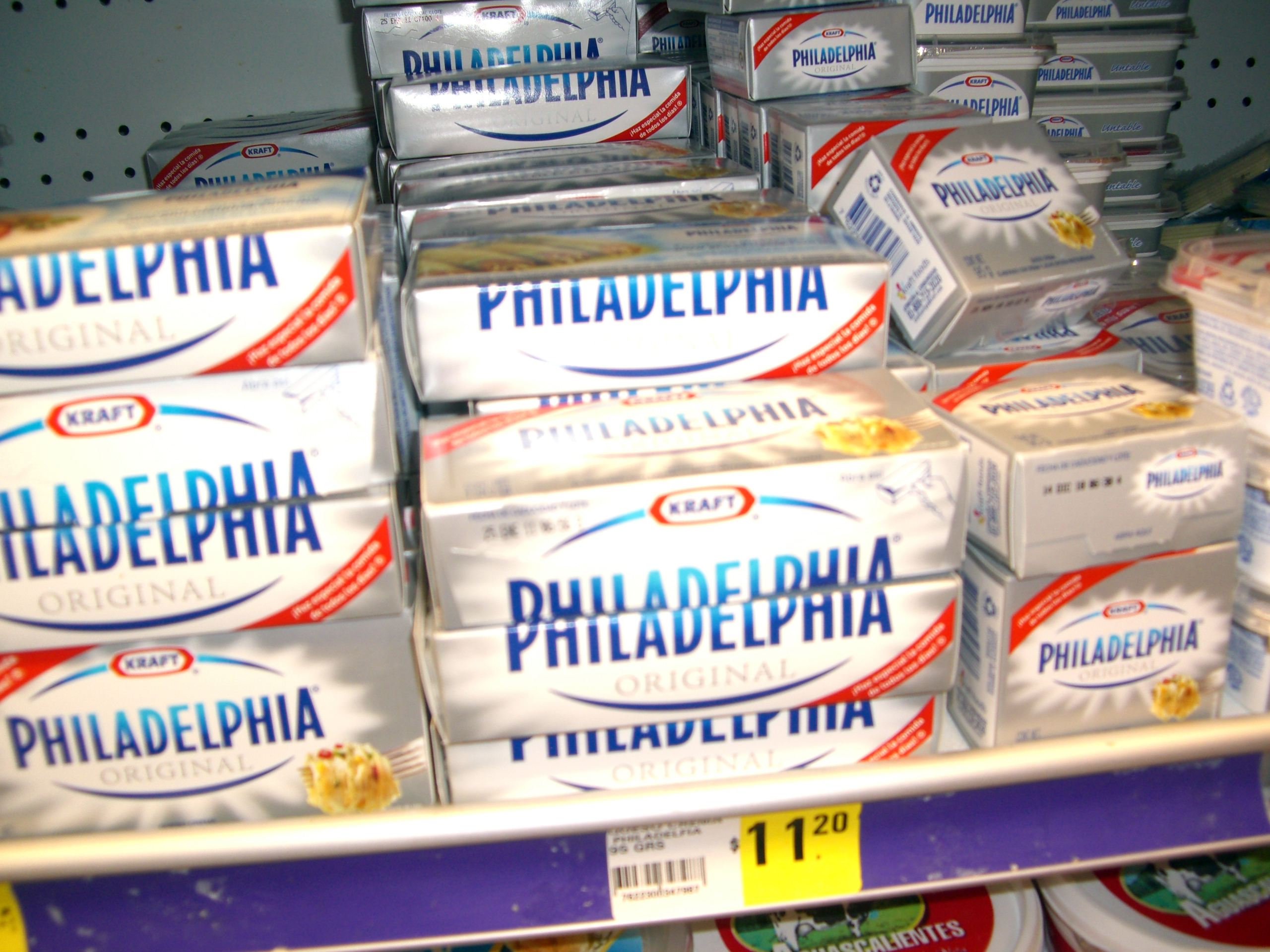 Dave Cooksey
An array of Philadelphia Cream Cheese packages can stimulate the cook's or the baker's imagination.

Many families can recall spending a vast amount of time in the kitchen, preparing all kinds of delectable foods ranging from casseroles, pies, and dips, to cakes, cookies, and candies. One of the many possible memories begins with an American classic recipe. One would craft this dish with a graham cracker crumb crust made from crushed, crisp graham crackers mixed with slightly sweetened, melted butter. The filling for the delicious crust is made by blending together white sugar, fragrant vanilla extract, thick whipping cream, and fresh, juicy strawberry halves. As this memory replays vividly in the minds of many, one can’t help but feel he or she is forgetting the crucial ingredient necessary for this recipe to become the traditional American standard. As Matt Sartwell, a resident scholar at the Kitchen Arts and Letters store in Manhattan, is quoted in the New York Times, “‘The New York-style cheesecake that we know depended on the development of this cheese.’” This special main component creates the flavorful taste that makes the dish so distinctive and one-of-a-kind.

What is the mystery ingredient missing in this particular favorite recipe? The world’s most recognized cream cheese, Philadelphia, of course! No cheesecake recipe is complete without the use of Philadelphia cream cheese. But what exactly is cream cheese, and what makes it different from other kinds of cheese? Cream cheese is a soft, white, mildly sweet, yet tangy, cheese that is eaten fresh and can be spread easily. It gets the distinction of “cream” from the milk and cream that are used as the major ingredients in creating it. Cream cheese resembles other cheeses such as Neufchatel, a soft, slightly crumbly, mold-ripened white cheese, and Mascarpone, a soft, Italian triple-cream cheese. However, cream cheese, or as it’s sometimes referred to as American Neufchatel, is prevented from maturing or hardening as evidenced in other types of cheeses. Cream cheese typically has a higher fat content than most other cheeses, and lower protein content as well. For these reasons, Philadelphia cream cheese has a specific taste, flavor, aroma, body, and texture that makes it unique and popular in the United States and abroad.

Genibee, Flickr.com
Quality in food products is the source of Philly's name and the quality Kraft used to advertise it.

However, after the attempts of other companies to sell their versions of the newly developed product under the Philadelphia brand, Phenix Cheese Company purchased the trademark in 1903. According to Kraft’s website, in 1928 “Phenix merged with Kraft Cheese Company and new, more consistent manufacturing processes followed.” Considering the complexity of the manufacturing process needed to produce cream cheese, this merger greatly increased the quality and productivity of Philadelphia cream cheese, allowing it to be sold not only in America but also worldwide.

Today, the process of creating cream cheese is still very complex and intricate because the main ingredients, milk and cream, must be combined in a unique manner. Milk and cream contain negatively charged protein molecules, which allow the milk or cream to stay in the liquid state by acting as surfactants, or wetting agents, that reduce surface tension of a liquid; this allows easy spreading. Eventually, stabilizers, such as gums and guar, are added to prevent the fat from separating from the water, which increases the shelf life of the cream cheese. These stabilizers are added because of the high fat content in cream cheese. However, variation of the manufacturing process can result in deviations in flavor and texture. Additives can also be used to give the cream cheese a distinctive flavor, such as strawberry. Therefore, this main process can vary slightly depending on the type or variety of cream cheese being made. 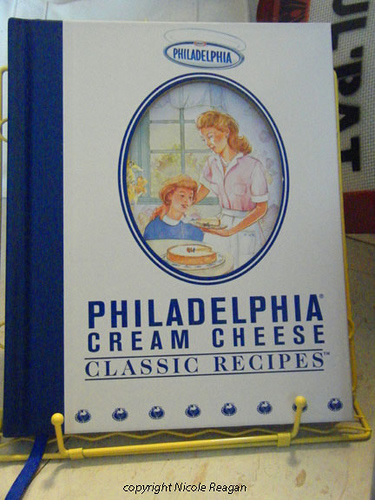 Moreover, as the dietary needs and preferences of the consumers have changed, Kraft Foods has made several modifications and alterations to the cream cheese product they manufacture: “Times and tastes have changed over the years and Philadelphia has changed along with them to bring you all the great Philly varieties available in stores today... but even over 100 years later the cool creamy taste of original Philadelphia lies at the heart of every Philly Product.” Between the years of 1977 and 1985, Kraft began releasing different flavors of the spreadable cheese, including chives, basil, garlic and herb, onion and black pepper, salmon, and strawberry, among others. Kraft also introduced portion-control cream cheese products that are a pre-portioned package ideal for busy, on-the-go consumers. In addition, Kraft incorporated reduced-fat and fat-free varieties to their line by using skim milk during the manufacturing process, rather than full-fat milk and or cream. For over a century, Kraft Foods has created many varieties and package sizes of Philadelphia Cream Cheese to meet the foodservice needs of all its customers.

Moreover, the combination of ethnic cuisine traditions, including German, Irish, Italian, and African food, helped shape Philadelphia as a place to find quality products by creating unique flavors and tastes. Philadelphia cream cheese has become one of the oldest American foods being packaged and sold, still in its traditional foil wrapper, since 1885. Philadelphia Brand cream cheese is now and will continue to be one of the most recognizable products in the American marketplace as well as over 80 countries worldwide.