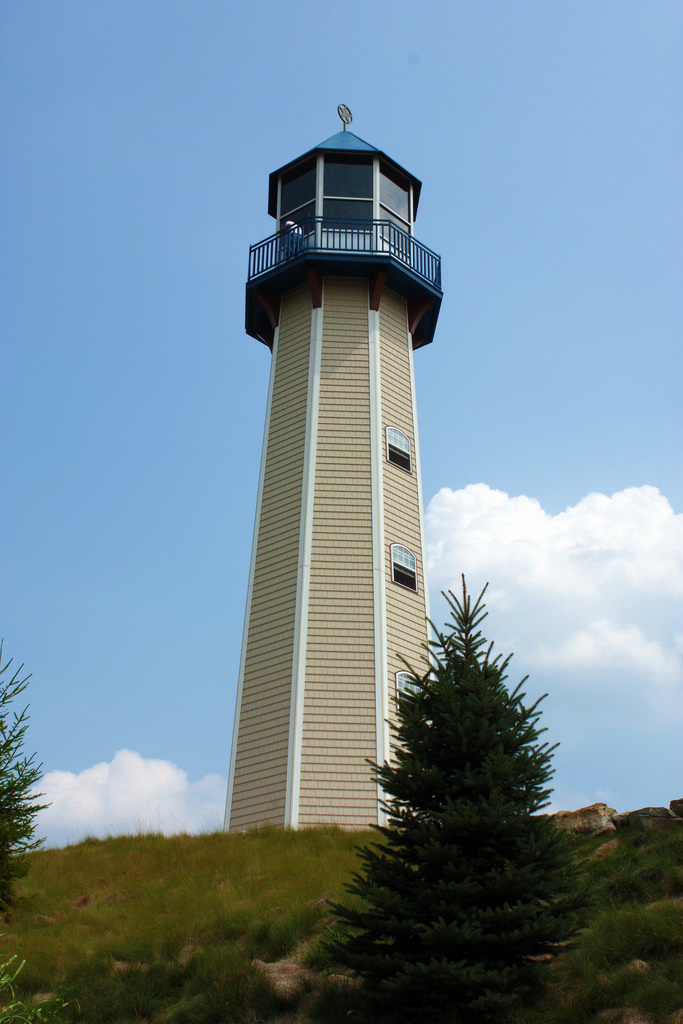 Holly Berlin
The Sherman Memorial Lighthouse stands above the trees of Forest County.

Pennsylvania assuredly has its share of unusual buildings. There are examples of novelty architecture like Bedford’s Coffee Pot or Hallam’s Shoe House. There are widely-acclaimed masterpieces like Fayette County’s Kentuck Knob or its Fallingwater, with the waterfall coming through the building. One wouldn’t think a simple lighthouse would belong in this company. Virtually none of them do, to be honest. But Pennsylvania’s Forest County has an exception: a lighthouse near neither lake nor ocean.

Unlike most lighthouses, the Tionesta Lighthouse (formally called the Sherman Memorial Lighthouse) was not built by the government for the protection of shipping. Instead it was built by Tionesta businessman Jack Sherman, who told Erie Times-News reporter Jim Carroll that “this community has been good to me, and I’m one of those people who believe in giving back.”

Sherman’s 2006 gift to the community stands some 50 feet tall atop a 25-foot tall mound of earth on what is now known as Lighthouse Island in the middle of the Allegheny River. It is constructed with timber framing, vertical beams, OSB and Styrofoam board. Within its octagonal walls there are seven floors, each with its own collection of materials periodically exhibited to the public.

As the formal name of the structure indicates, space within the tower is devoted to the Sherman family itself. The second floor is home to displays on the family’s history particularly that of Jack Sherman’s father, Joe. That family history, as Edwin Patrick records it in History of Tionesta, Forest County, Pennsylvania, is indeed a noteworthy one. After many years and many owners, the location once known as Hunter’s Island after its original settler, Poland Hunter, was bought by Joe Sherman and became the site of the Tionesta Sand and Gravel Corporation. 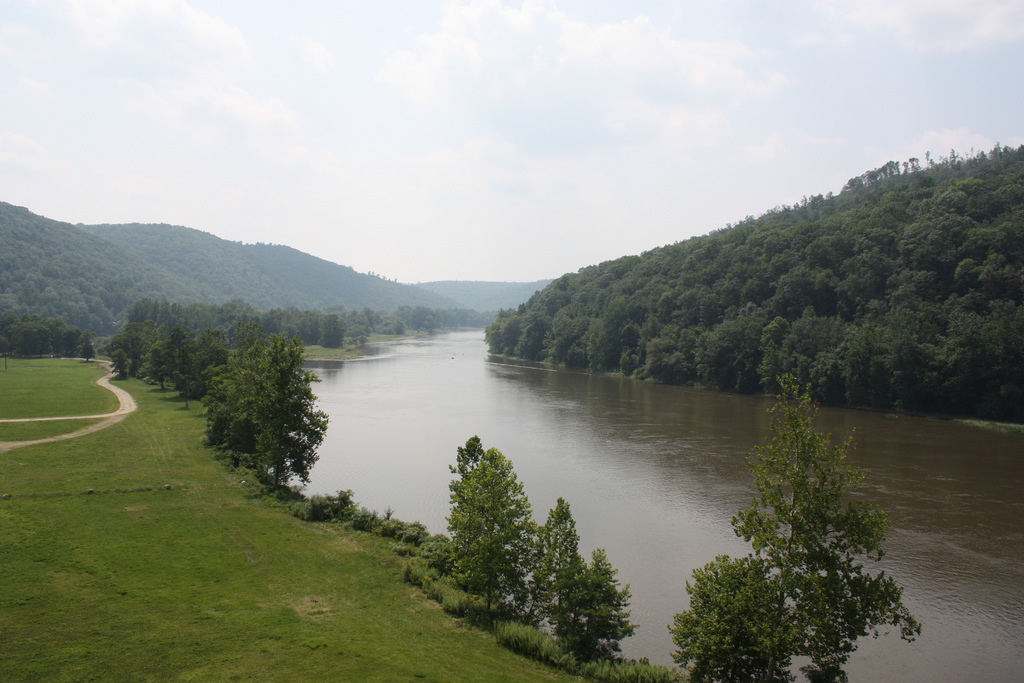 Holly Berlin
The Lighthouse affords a breathtaking view of the Allegheny River.

Tionesta Sand and Gravel, under Joe Sherman’s direction, boomed on the island. The employee rolls grew from four to fifty; production increased from 10 to 15 tons per year up to 250,000 tons; and the value of the business capital grew from $50,000 to over $1 million. The sand and gravel dredged from the Allegheny River at the Tionesta site was in numerous constructions of regional importance: the Warren Hospital, the local bridge over the Allegheny River, and, most famously, the Kinzua Dam upstream in Warren County. The business would be sold in 1997.

The rest of the building houses exhibits of materials connected to the Lighthouse and to lighthouses in general. The third floor features artwork depicting lighthouses, largely by local artists. Floor Four houses Jack Sherman’s lighthouse miniature collection. The fifth floor displays the design and construction of the Lighthouse. Even the basement is devoted to displaying a miniature of a seaside village.

The floor most eagerly visited is undoubtedly the sixth. It is home to the 25-foot high and 12-foot wide lantern room. Visitors who climb the 76 stairs to the top are treated to a magnificent view of the river valley and the forests beyond.

Access to the Lighthouse’s interior is limited. It is opened to the public only a few times per year. Proceeds from the admission tickets to the Lighthouse are given to the local Lions’ Club’s community projects, marking another way in which Jack Sherman gives back to the area.

This location on the island in the Allegheny River has long been associated with stories devoted to the importance of family. The Warren Times Observer quotes Ronald Childs’ telling of a traditional tale of the island from his History of Forest County, 1867-1967: the Munsey Indians believed that the island was “the body of the sun god’s youngest daughter, No-wee-nee, and that the robe of yellow golden rod that completely covered it from midsummer to early autumn was a sign of her kinship to the sun. Indian legend held that tragedy would strike anyone who dared to desecrate her body by building on or tilling the island.”

Every family has a story. Each is no more or less significant than another.